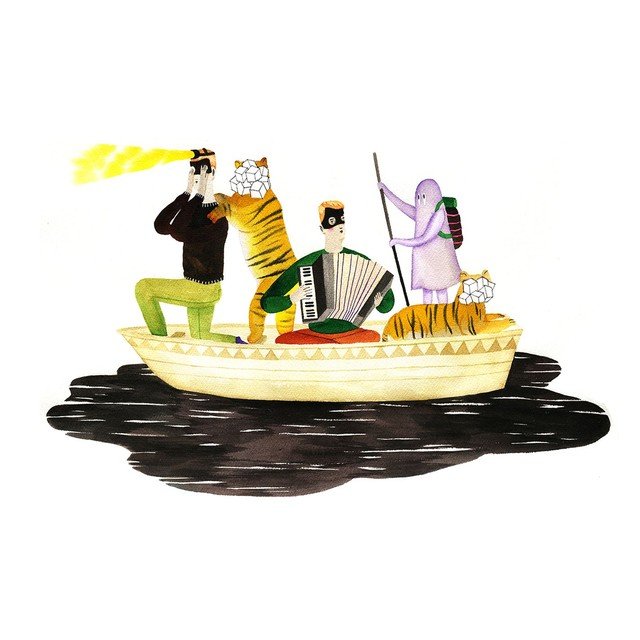 Man Man revealed details about their fifth record today. Due out September 10th through Anti-, On Oni Pond is the first to feature the band’s core duo (frontman Honus Honus and drummer Pow Pow) all by their lonesome alongside the same producer as Man Man’s last album, Mike Mogis (First Aid Kit, Bright Eyes).

â€œWith this album we got to do something that very few bands or creative people get to do which is a reboot, and one that feels natural,â€ Honus Honus said in a press release. “This is a strange and beautiful record but it’s also head on and fearless. It’s not a record that’s going to flirt with you, this is a record that’s asking you out. If you get into bed with us there’s going to be a relationship.”

Carrying out all that caressing is a “compelling mash-up of Fear of Music-era Talking Heads, classic soul, psychedelia, hip-hop and ’50s rock ‘n’ roll.” Check out the record’s cover art, tracklisting and rather heartfelt lead single (“Head On”) below…