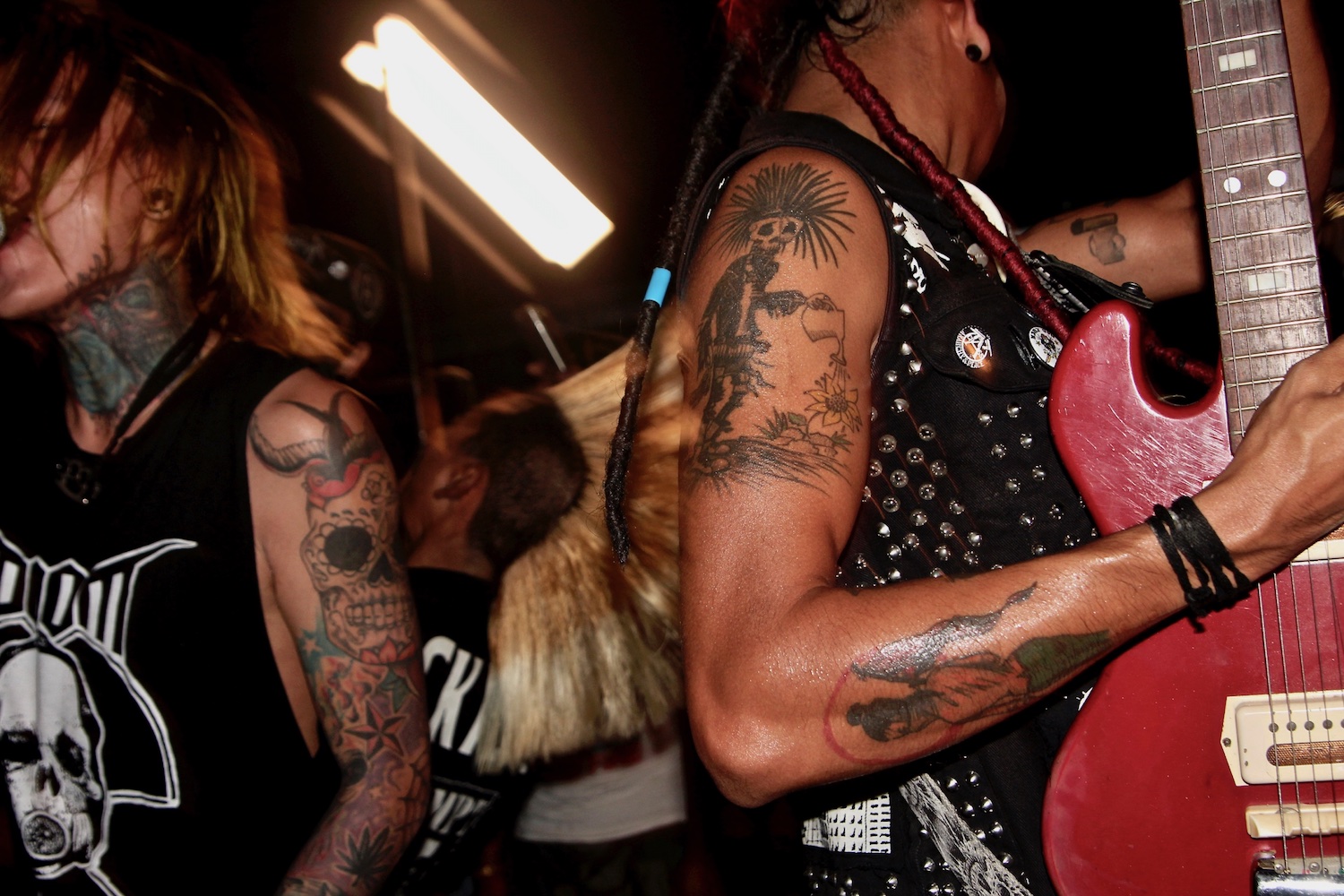 Bangkok’s Underground Film Festival came to a loud and proud close at Gallery VER last night with the Asian premiere of My Buddha is Punk. While the fly-on-a-wall film—a documentary on Myanmar’s small but spry hardcore scene—felt a little slight at 68 minutes, it was paired with an exclusive performance that brought its central subject (Yangon band Rebel Riot) to life before a raucous crowd eager to see anything other than an EDM show. (Bangkok’s got a lot of those unfortunately.)

A Q&A session led by director Andreas Hartmann and frontman/Food Not Bombs spokesperson Kyaw Kyaw also filled in some of the gaps missing from the movie, like how the latter got into groups like Black Flag in the first place. Many questions remained unanswered, however, from how Rebel Riot’s families feel about their dogged pursuit of punk ideals to whether the Burmese government has viewed the rise of rock bands as a threat. (Alexander Dluzak and Carsten Piefke’s earlier Yangon Calling doc alluded to prison stays and secret underground shows in its more personal account of the phenomenon.)

Check out the official trailers for My Buddha is Punk and Yangon Calling below, along with our shots from the front of Gallery VER’s makeshift stage last night….