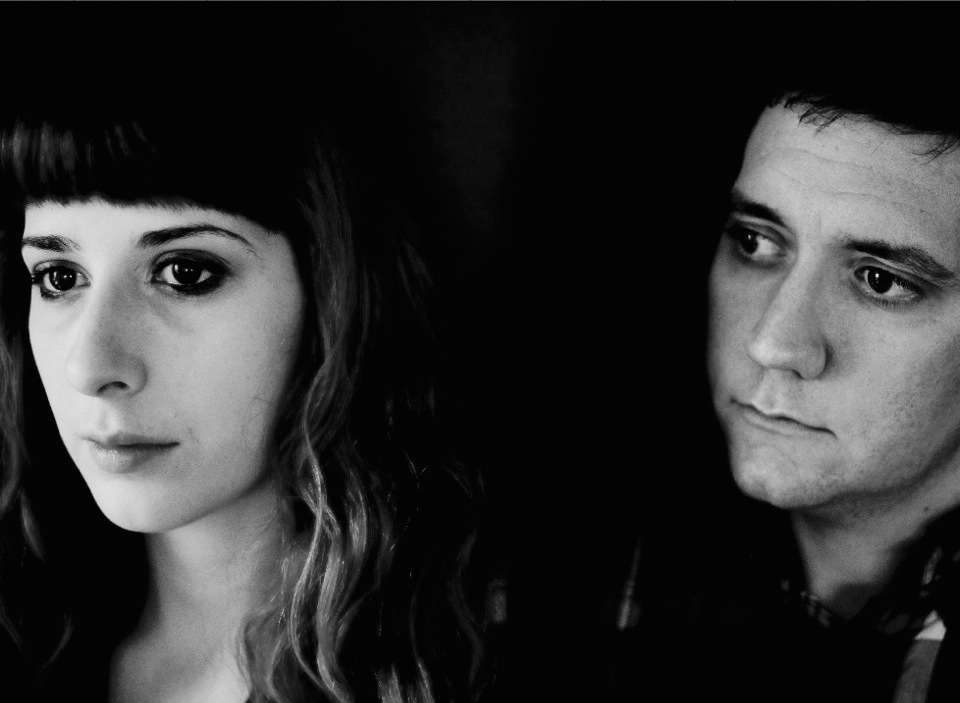 As Minimal Wave picks up the pace with its sister imprint Cititrax, the label has announced a long overdue showcase at a secret Brooklyn location on January 9th. Aside from a headlining set from longtime self-titled favorite Silent Servant and the always dependable DJing of Minimal Wave’s own Veronica Vasicka—a recent addition to Regis’ Downwards roster—the night will feature the pale moonlight pop of Further Reductions. The longtime collaboration between Shawn O’Sullivan (Vaputeen, 400PPM, Civil Duty, Led Er Est) and Katie Rose dropped their Cititrax debut (Woodwork) earlier this year, the roots of which can be found in the exclusive mix and track-by-track commentary below…

Abdulla Rashim – No Borders (Northern Electronics)
Wata Igarashi – Hitodama (Midgar)
We spent a few weeks in Japan for Rural Fest over the summer, and we met some amazing fellow musicians and wonderful people. We wanted to honor our time there by including some tracks from our new friends. These two tracks fit in this mix perfectly, and sound great layered.

Lurka – Holding (Black Acre)
There’s been some interesting cross-pollination between the darker techno and UK bass worlds in the last couple years, like on recent material from Osiris and Cold Recordings. This whole EP from Lurka was really a pleasant surprise—tense, building, psychedelic, and devoid of obvious genre tropes.

Tom Ellard – 303b The East is Red (Dark Entries)
Severed Heads are one of our biggest influences. There’s so much ground to cover, from the early industrial experiments to the later period fractured pop songs. Tom Ellard is a sly genius.

Kazino – Binary (Carrere)
Spiky, post-punk inflected B-side from this otherwise-schmaltzy Belgian Italo act. I think I probably first heard this in a mix from Intergalactic Gary (one of the best DJs in the world) many many years ago, and a copy has stayed close at hand ever since.

IBM – Limelight 80 (Mathematics)
One of Jamal Moss’s finest moments. Equal parts Wax Trax, new wave, and Warehouse, there’s something purely Chicago about this track. The lead synth almost seems to echo Savage Progress’s “My Heart Begins to Beat,” a popular track on WBMX. but the beats hit hard. This is the type of energy we aspire to capture when we’re in the studio.

“Spacey but driving, elegant but dirty, avant but straight-up dancefloor”

Lhasa – The Attic (La Musique Fait La Force)
Over-the-top Belgian techno at its best. The sort of dated cliches cement its timelessness. From Snowy Red and Absolute Body Control, to Miss Nicky Trax and Praga Khan, to Frank De Wulf and the Mackenzie—for such a small country, Belgium has a really incredible legacy of electronic music, and one we’ve often found inspiration in.

Neon – My Blues is You (Kindergarten)
Italy might be our favorite country for electronic music of the wave era. There’s a singular sense of poetry, not only lyrically, but in the production. The dualistic forces of fragility and aggression in this track are irresistible.

Lou Champagne System – Silent Walking (Pterodactyl Records)
Easily our favorite track from this classic LP of Canadian outsider synth weirdness. The closest comparison would be Nash the Slash, but this is so much more paranoid and dejected. Confessional and darkly comic, this track takes you on a bleak stroll through an anonymous city creep’s eyes.

Trisomie 21 – Cinema Hall (Play It Again Sam)
From an underrated late-period Trisomie 21 album that is full of striking and sometimes brief soundtrack-like sketches. “Cinema HalI” stands out with icy synth pads and a swelling orchestra that pulls you into a dream.

Stanislav Tolkachev – Like No One Is Watching (Semantica)
Tolkachev is one of our favorite techno producers. Somehow he balances so many contrasting elements—spacey but driving, elegant but dirty, avant but straight-up dancefloor.

Krisma – Miami (Atlantic)
A longtime favorite of ours from Italian wave act Krisma (alternately spelled Chrisma). This is probably the best track from their later period, and is a particular point of inspiration for us. It’s like a bubblegum pop version of Liaisons Dangereuses, maybe even more Dada. Do yourself a favor and check out the video, too.