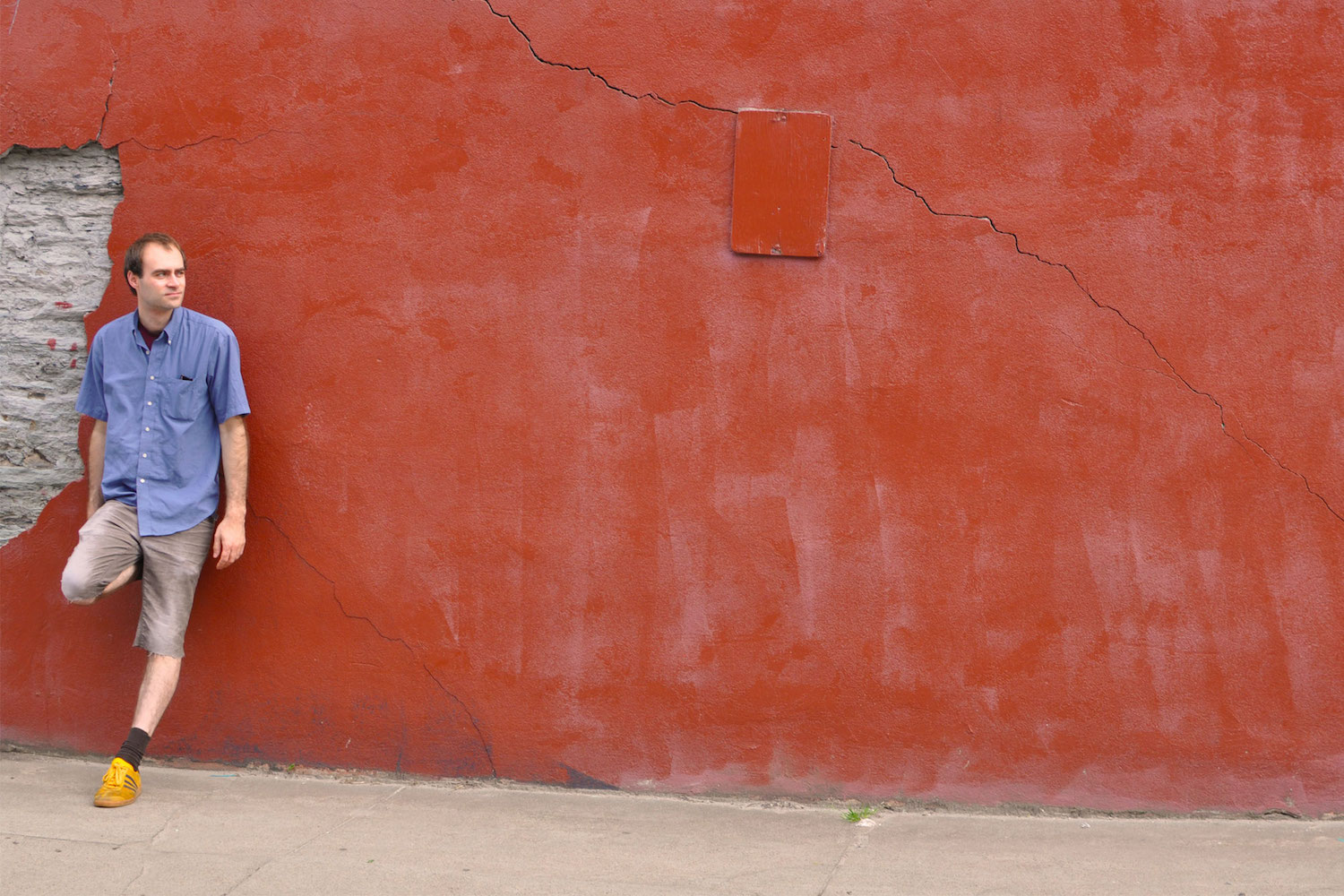 “The music scene here when I was growing up is and was a huge influence,” Ren Schofield told Crack recently, referring to his Providence roots. “It’s totally ingrained in what I do. There’s a lot of stuff from here that is brutal, noisy, intense, but also just pleasant and fun at the same time, and not in a corny way, which can be extremely hard to pull off.”

That approach—records that are jagged and joyful—has flown over the heads of many purists when faced with Schofield’s three Container albums. While each one’s simply named LP and as dirty and distorted as the last, there’s no denying Schofield’s grasp of the almighty groove. Take the second track (“Remover”) on his new one, for instance; its lead bass line is rough around the edges and boxy as hell, but it’s also relentless, hammering away at your very being as other prickly loops are tossed on top and the entire affair erupts like a ruptured spleen. The only thing missing is a sea of fists, raised and ravaging the air in approval.

Wondering how Container got here? Check out our exclusive Needle Exchange mix below, along with the producer’s track-by-track commentary…

Soft Target – “Begging Contest”
Soft Target is my friend Eric from Providence. He’s really been killing it recently in the realm of making absolutely disgusting sounds.

Beck – “Mutherfuker”
Beck submitted this song to executives at a major record label. They listened to it and said, “Yes, this is what we’ve been looking for, and we’d like to release it!” Some people got really lucky in the early ’90s.

Foodman – “Uso Acid”
I’d been hearing about Foodman, so after a while I checked him out and was pretty into it. I actually wanted to use another song for this mix, but I couldn’t find it. This song rules too though.

Xosar – “The Pit”
This popped up in my SoundCloud feed one day and basically floored me. A perfectly executed and amazing track.

Tomutonttu – “Lautta Lahtee”
This is a great tune from a great album called Elävänä Planeetalla on the New Images label. This album is perfect for all occasions. You can put it on and just sit there and listen to it; you can put it on when everyone comes over to party. It will not let you down.

Form a Log – “Raymond”
I’m in this band, and this is one of my favorite newer tracks by us, showcasing a dirge style that I previously didn’t think we were capable of. Recorded on the day I completely lost my voice, during one of the most demented weekends on file.

Wilted Woman – “Dunce”
One of my recent favorite projects in the “weird techno” world, or just in general really. From providence but currently in Berlin. This is a track from a newish tape on the excellent Stenze Quo label.

Gashrat – “I Decided”
Just saw them play in May at a festival in Halifax, Nova Scotia, and they slayed. This song in particular was pretty nuts live.

Mika Vainio – “Teutons”
Shifting into my apartment after the barbecue on the porch had sort of gone awry, I put on that new I-LP-O in Dub record and we all started talking about Pan Sonic. Harris said this particular Mika Vainio record, Vandal, was super heavy so I checked it out in the morning and he was totally right.

Collector – “Porcelain Touch”
In Australia for the Unsound Festival, my friend Cooper and I were hanging out in the hotel, drinking beers and playing SoundCloud tracks off my computer, and he put this one on. Solid peek into the Newcastle, Australia underground.