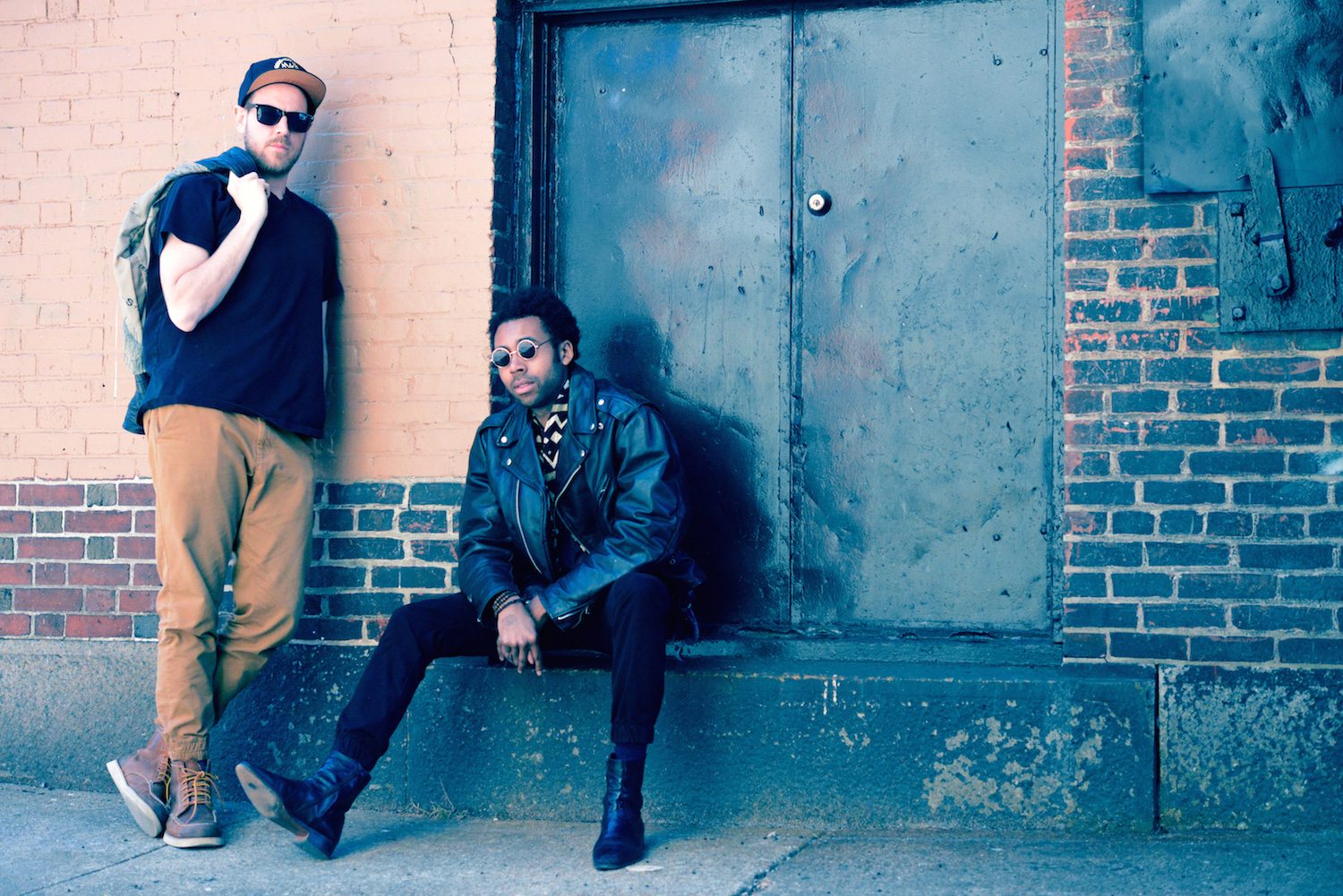 The last time we checked in with Life on Planets, Phill and Patrick Planets shared a standout track from their debut 12” on Wolf + Lamb’s Double Standard imprint. Having spent most of the past year shaping their boundless sound, the Baltimore duo just wrapped their full-length record Curious Palace. Named after the loft where they met—and echoing its wild bursts of multi-medium creativity—it’s premiered in full below, alongside Phill’s track-by-track breakdown…

“KEROUAC”
This song was a practice in visualization. At the time, we were both living in less than ideal conditions and just wanted to be on the road. We named a bunch of cities, and planets we wanted to see.

“SO TRUE”
I kept hearing this “I Never Knew” in my head, like an old record a couple months before we started working on this song. I didn’t know how to resolve it, or what to write to it. We sat down with the beat and it felt like the time to let it out and finally the lyrics came.

“BOOMERANG”
I came into the studio and started recording this song. It was poppy and fast, but we decided it needed something. I stepped back and started messing around with it on my gypsy jazz guitar, and Pat started jamming on the bass. We hit record and ended up with an entirely different, blossoming psychedelic song.

“CURIOUS PALACE”
This was the last song we recorded live at the Curious Palace, an artist space in Baltimore. It’s about getting along with those friends that have volatile personalities.

“ANGELWINGS”
We were waiting for a friend to show up in the rain and I wished I could send an angel to watch over her. “WHAT PLANET ARE YOU”
I had written this song years ago, before Life on Planets was even a thing. It was about astrology. I had forgotten about it completely, until I heard a beat Patrick was working on. I hadn’t realized how perfect it was for our group. Almost like a premonition.

“ENTROPY”
We were on tour in Mallorca, and I was tossing and turning, thinking about this girl. I wrote this song and we recorded a little scratch on the laptop that evolved into “Entropy.” I was trying to capture that feeling of impatience when you just want to hear from your lover but you can’t. Your lungs start to burn up; you can’t sleep or eat until you know everything is alright.

“MEANTIME”
While I can come off like a super positive and relaxed guy, every now and again I get extremely anxious about the future. I meditate, look at my life like a chessboard, trying to figure out where karma will land me, do some yoga, try to focus my thoughts on a positive future. The most important thing I do is play guitar in these moments while I look for an answer, and now it has become the answer. I wait for the universe to show me a path and I strum my guitar in the meantime.

“GET NAKED”
This is not another “It’s Getting Hot in Here” kinda track. It has that bent, just a little, but it’s really about how fake people can be. I met a street player a while ago, and he shook my hand and looked at me and everyone with love in his eyes. He told me, “When you speak, speak the same to the stranger as you would your brother.” Just take off the mask.

“JIANT STEPS”
“Jiant Steps” is about my formation as a musician. It involved listening to plenty of jazz in the car, driving around with my father on the weekends when we would visit the family.