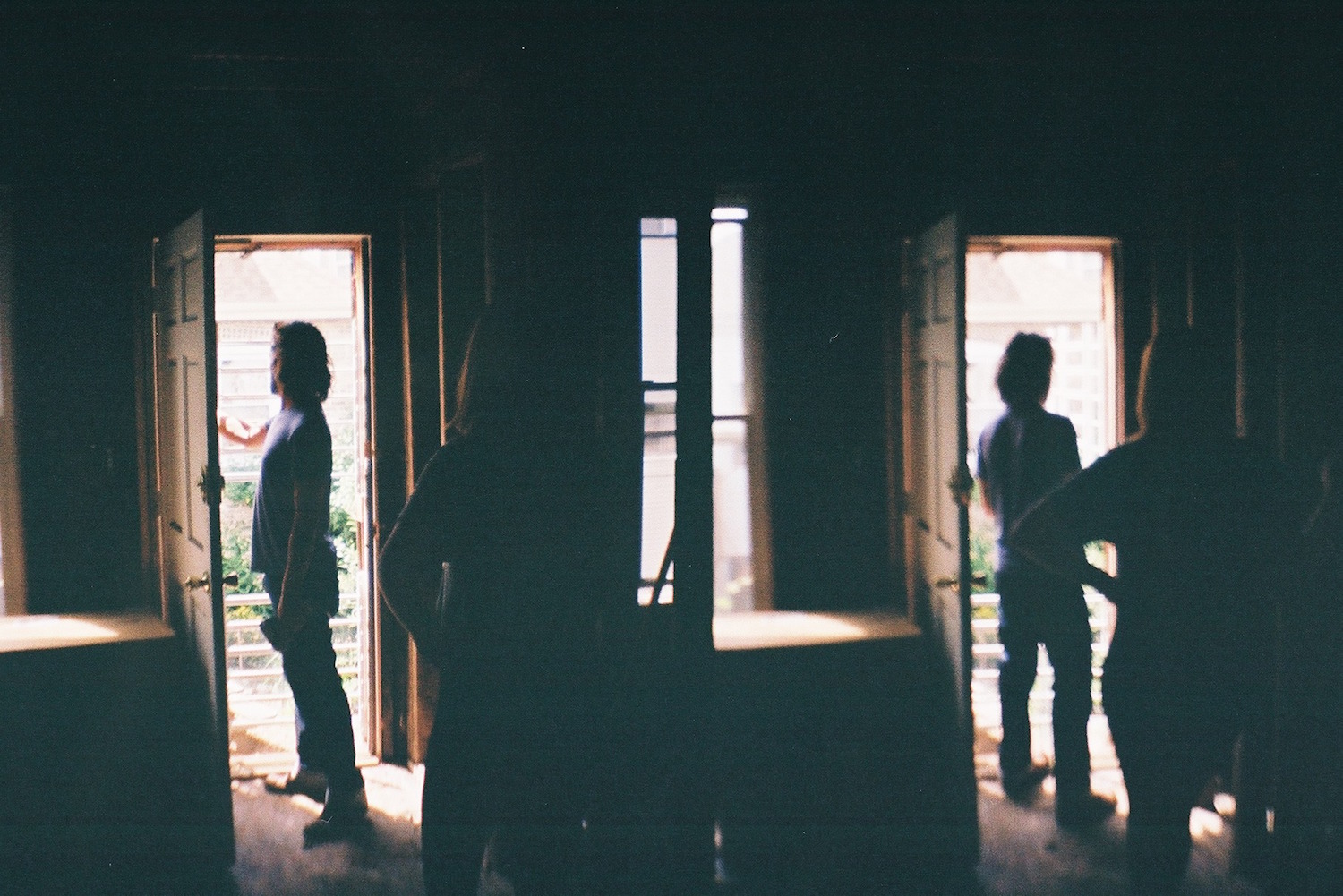 Our latest Needle Exchange mix is more than just a tight set of Jaime Fennelly’s favorite songs. Bookended by the mushroom-munching jazz melodies of Arica and scattershot sonics of Arnold Dreyblatt, “Punch Drunk & Euphoric Sustains” finds the Mind Over Mirrors frontman exploring the outer limits of experimental music almost as much as he does on The Voice Calling. The Circuit des Yeux collab was recently released by Immune Recordings and can be streamed in full below, right alongside a track-by-track breakdown of Fennelly’s digital tape. And because we love you, Circuit des Yeux also wrote a handy ESP-Disk Primer here for all you avant-jazz heads.

1. Arica – “Heaven”
I don’t have the much sought after vinyl version of this, though it’s rumored that the jacket is often soaked with psilocybin. Google “Arica” and countless hours can be spent going very deep down the rabbit hole.

2. Galbraith / Neilson / Youngs – “Belsayer Time”
Was fortunate to buy this direct from Time Lag and I can’t praise this whole album enough. The vocals seem to tap directly into some kind of memory portal. This album is by far one of the best of the ’00s UK/NZ/US underground releases.

4. Giusto Pio – “Ananta”
I got turned onto Franco Battiato a while back and am really blown away by his arrangements; they’re so visionary. Here is Giusto Pio, who worked with Battiato for many years. The way he’s matched the sustain and timbre of the piano with the organ drones is totally flawless. Wikipedia says he lives in Castlefranco Veneto in Italy, which I’ve actually played at least twice with Peeesseye about 10 years ago. I think it was an Arci club that had this kind of dank basement spot where experimental shows would happen. Should have looked him up when I was there!

5. Scott Tuma – “Untitled (Excerpt)”
Where do you start with talking about Tuma? Well, one of the first shows I ever saw in Chicago when I moved here five years ago was this set where he was opening for Barn Owl. I had no idea what I was in for. His group included Mike Weis and Jim White on drums, Emmet Kelley on guitar and Ben Boye on harmonium and I had no idea what hit me. Though it’s not particularly highlighted in this organ song, his whole sense of time is like no other. Scott and I have befriended each other and I’ve been fortunate enough to have played with him a few times over the last couple years. He loaned me his Leslie Cabinet over a year ago and it’s still in my house! I’ve taken it out a few times for shows but I mostly record my pedal harmonium through it.

6. Y Pants – “Lulu”
This is the legendary no-wave band Y Pants, which photographer Barbara Ess was 1/3 of. I remember one summer while I was enrolled in the MFA program at Bard College that Barbara told a photography student, in front of the entire school community, that she wished he had lost his camera so that we didn’t have to look at his photographs anymore. Snap!

7. Terry Riley – “Eastern Man”
Station manager and founder of the imaginary radio station KJEA, Kansas City-certified piano technician, shadow member of the Solar Motel Band, and collaborator of mine over the past decade, Shawn E. Hansen passed on this album to me this summer. We’re always sending music back and forth to each other. The “Ten Voices of the Two Prophets” that Riley is referring to in the album title are the five different voices that each of Prophet synthesizers have.

8. J.J. Burnel – “Deutschland Nicht Uber Alles”
The cover of this album is the Centre Pompidou in Paris, which is just the craziest looking building. It’s all of these colored pipes—color-coded for various uses—on the outside of the building. So all of the HVAC mechanicals, which are normally buried deep within a building are all exposed on the outside of the building, to open the interior spaces more. I performed my long-standing duo with dancer Miguel Gutierrez there last year and it was such a good experience. I didn’t put it together until I was standing there outside the building and realized this was the cover of this record that I’ve been listening to for a few years.

9. Alice Coltrane – “Sita Ram”
Superior Viaduct reissued this on vinyl recently. We are lucky this music exists in our lifetime. Go buy it now.

10. Arnold Dreyblatt & The Orchestra of Excited Strings – “Epilogue”
I saw Arnold Dreyblatt once at Tonic in the Lower East Side in maybe late 2000. I think it was a double bill with Tony Conrad and I recall Jim O’Rourke played as well. I can’t even begin to tell you how loud and penetrable that show was, though I feel like I had a lot of experiences like that seeing shows at Tonic, including those Saturday afternoon shows that William Parker’s Little Huey Orchestra played. Now that was some heavy AM music. I had the pleasure of playing at Tonic many times before it closed but that club really left some very deep impressions on me as a listener.