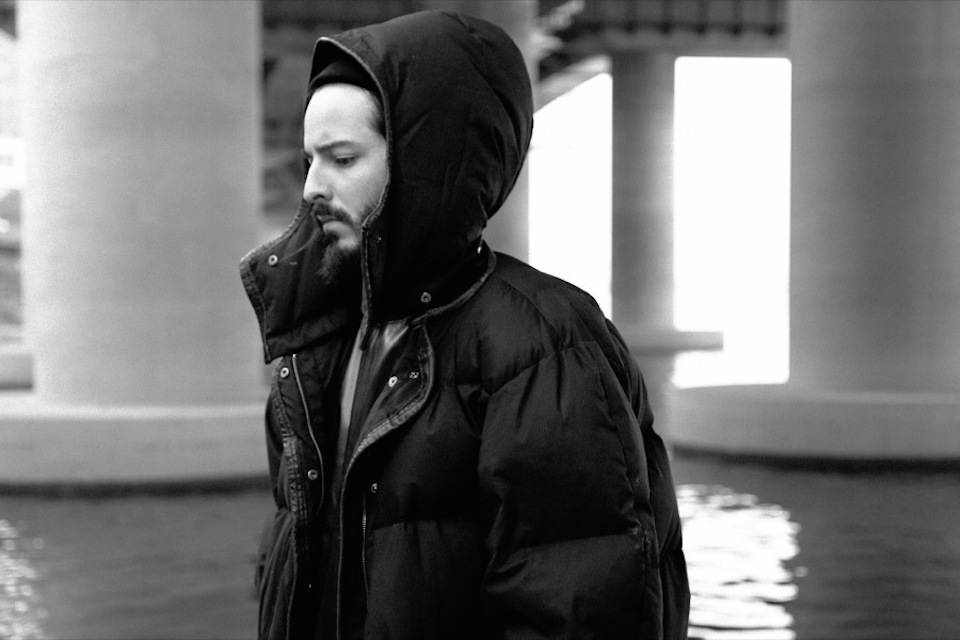 Our Needle Exchange mix series usually starts and ends with a series of well-curated songs. Sometimes they carry a certain musical theme—like Brazilian psych breaks or layers of library music—but they’re rarely as high concept as the acid-techno set Ténèbre put together below. Leaning heavily on the old-school side of the record store aisle, the French producer—now based in Seoul—strings together a tale as tall as the one that’s threaded through his new self-released “Meta” b/w “Hydr” single. Here’s his side of the story…

KICKS LIKE A MULE – “THE BOUNCER”
Night is falling on the silver city skyline. By the fire escape, I’m finally reaching the rooftop level.

DJ SKULL – “THE GRAVEYARD ORCHESTRA”
The view emerges and leaves a little glimpse of sky that degrades from blue to orange. They show me the passage and I rush through the entrance.

ESSIT MUZIQUE – “WOOP”
There are long and narrow corridors linked together on different levels, and after a little while I hear it’s resonating somewhere distant.

GEEZER – “US & THEM, U AND ME”
The air is more dense but I do feel a wind coming from a vent hood. Among the walls of concrete and stones legend stipulates that former secret shelters were hiding at a lower level.

DYANMO CITY – “POISON IN THE MACHINE”
Kilometers of galleries actually leads to machine rooms. Down there, despite the efforts of the government to flood the underground, there are intact artifacts of a bygone era. It’s waiting there beneath.

HARDCORE DISCO 2000 – “BLUEPRINT”
We now follow the flow of the channels, this is a particularly impressive network which is held under the surface and it leads to the reservoir N°3.

GREG SILVER – “TRIPLEX
It’s the meeting point. They give me a torch and in a flash we’re asked to move to the axial zone.

HIGH FREQUENCY – “RUMBLE”
There are rails to guide us and we plunge into the entrails, ever deeper.

S.H.L.A.G – “ELEPHANT HUNT”
The gate by the river junction seems out of reach so we accelerate, fearing the lack of oxygen through the long circular tunnel.

FORCESUPREME – “FUNKFRAGMENT
Finally an Exit. Outside, we stand on the slopes of a retention pond, the dikes stretch out from all sides leaving only the breeze of the autumn wind.

D.A.V.E THE DRUMMER & DJ JEROME – “UNTITLED”
I carefully articulate my steps along the small trickle of water flowing down to the dam.

DAVE CLARK – “PROTECTIVE CUSTODY (EXAR REMIX)”
There’s a small ladder that gives me access to the bridge piers above. Once at the top, I make sure to keep me away from the uninterrupted flow of traffic and take the ramp a couple of hundred meters more to access the passerelle.

LAURIE IMMERSION – “BUZZSAW”
The slope is untenable at this speed. I’m slowing despite the efforts. Gravity crushes me to the floor and I cling to the guardrail. Under the yellow lamppost, into the deep of the night, I can finally catch my breath.

CHRISTOPH DE BABALON – “WHAT YOU CALL A LIFE”
The light of dawn is so threatening on the horizon. It only remains to climb along the hills to reach the residential zone, before the morning burns.