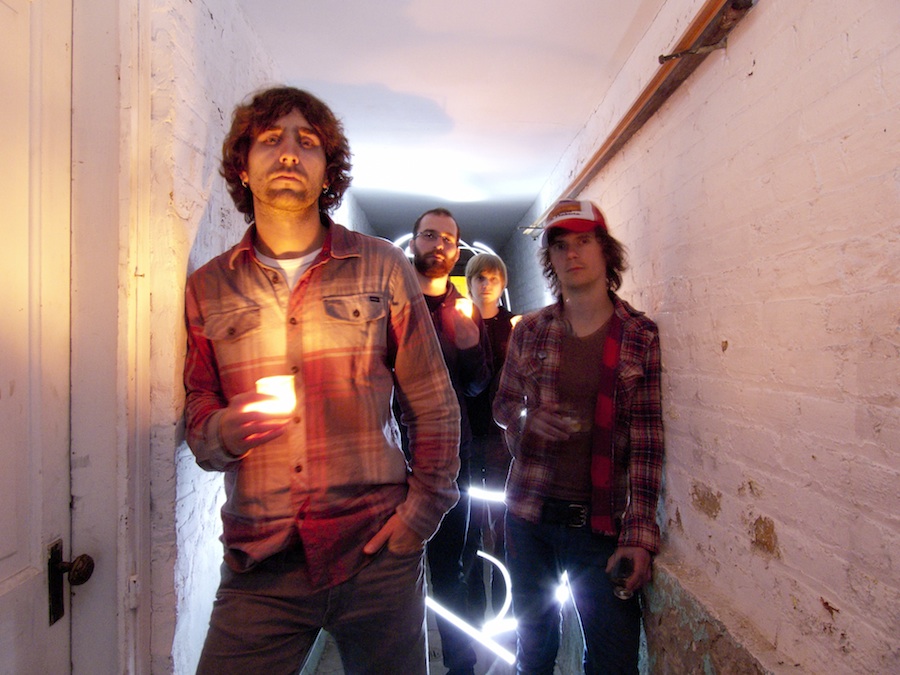 While we’re a little hurt that Pelican chose to celebrate the release of their new EP (Ataraxia/Taraxis, which is now streaming at the A.V. Club and available for pre-order here) with a two-week tour overseas–including dates with Chelsea Wolfe and Tombs–self-titled will settle for its consolation prize. And that is a special mixtape featuring selections from all four members: guitarists Trevor de Brauw (see also: Chord, Let’s Pet) and Laurent Schroeder-Lebec, and the brothers-in-arms rhythm section that is Bryan and Larry Herweg (also of Ã†GES). As expected, it’s completely all over the place, although de Brauw spent a considerable amount of time sequencing it apparently…

1. Chavez, “Repeat the Ending”
Trevor: The glorious and lovely intersection of melody and dissonance.

2. Soundgarden, “Black Rain”
Larry: Their comeback single was a beast–a leftover song recorded during the Badmotorfinger sessions with some redone vocals.

3. Octopus, “The River”
Laurent: “The River is the first cut off the recently reissued and mega hard to find psych LP by the British band Octopus.

6. John Carpenter & Alan Howarth, “Hello Grandma”
Trevor: I was indulging pretty heavily in Carpenter films when we were working on the EP. Halloween III is a pretty universally hated movie, but it’s one of my favorite Carpenter/Howarth soundtracks.

8. Harvey Milk, “I Alone Got Up and Left”
Bryan: So slow and heavy, with a beautifully demented guitar solo near the end.

9. Fugi, “Mary, Don’t Take Me on No Bad Trip”
Laurent: A ’70s rarity by Fugi, who is backed by Black Merda here. This gets any day going for me. Dark lyrics too.

10. War, “Get Down”
Bryan: This song usually starts out a kitchen session. It sets the mood and definitely makes the food taste better.

11. Rolling Stones, “If I Was a Dancer (Dance Pt.2)”
Laurent: This cut off Sucking in the ’70s is awesome; you can see how they were loving NY new wave at the time (ESG, Liquid Liquid, Blondie) and just the urgency of that scene.

12. Bedhead, “Extramundane”
Trevor: The Kadane brothers are favorite guitarists of mine. This song is a little left-field for them since it’s so straightforward, but I think it’s a great example of a perfectly crafted rock song.

13. Burning Witch, “History of Hell”
Bryan: I seem to always want to play this really loud when I get home from work. That says a lot about my day job.