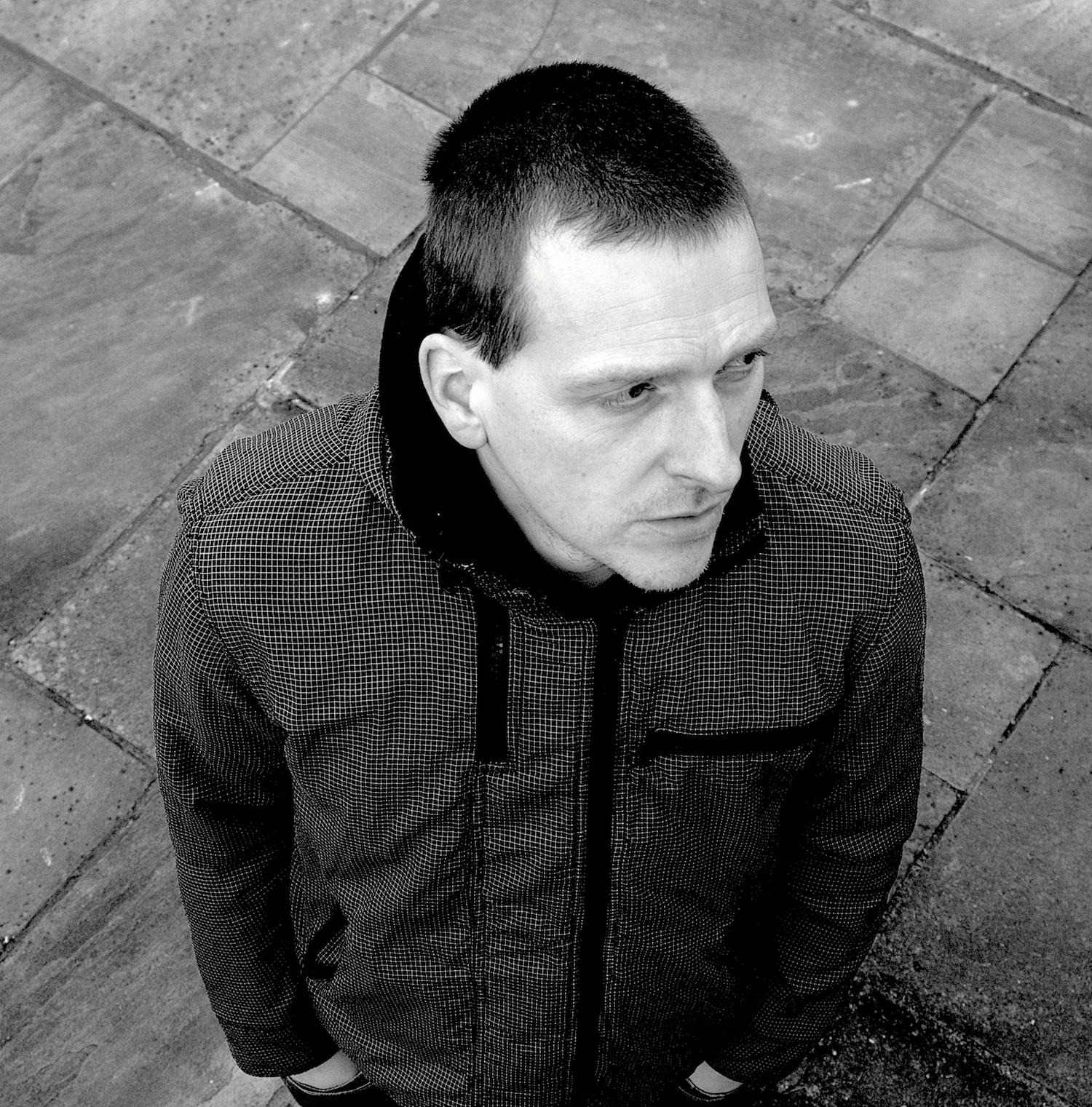 One of the strangest parties we ever held–on paper at least; the night actually exceeded our expectations–had to be the unofficial CMJ soiree we hosted at Glasslands five years ago. In typical one-night-only fashion, it featured live performances from MGMT and Yeasayer and DJ sets from Holy Ghost!, The Rapture and Justin Broadrick. You read that last part right: the guy responsible for Godflesh, Jesu, Techno Animal and countless other projects of the experimental/extreme variety agreed to hustle over the Williamsburg Bridge after Hydra Head’s showcase and spin his favorite drum & bass sides for us. Better yet, the guy could actually beat match and blend his records better than many of the Serato jockeys who get paid to do the same thing full-time.

So between that one-night-only display of his DJ skills–something he first sharpened while touring with Techno Animal in the late ’90s–and the simple fact that Broadrick is one of our favorite underground artists ever, we’re psyched to say that he’s shared a special Needle Exchange mix that reveals some of the main influences on his new JK Flesh project.

“This mix mostly contains DnB,” explains Broadrick. “A tiny selection of tracks that informs the texture, filth, and dub in the JK Flesh project, there would be little point for me to play an endless selection of my favourite dub reggae songs, since it’s the way purveyors of DnB twisted up dub that influences JK Flesh the most.”

We’re pretty sure this is the first and last time you’ll hear a Dizzee Rascal instrumental bump heads with a Godflesh remix….

Nico and Fierce, “Input”
A prime example of the drum & bass style from the mid-to-late ’90s that is central to the JK Flesh sound, which here, like all the drum & bass in this mix, is slowed down. I DJ’d this track–one of the finest examples of the sound the legendary No U Turn label released in the mid ’90s–on 33rpm instead of the intended 45rpm at a small but hip club in NYC around 1996. Downstairs, Dmitry from Deee-lite was spinning; apparently he came up to see what the commotion was with this sound emanating from the upstairs of the club! Drum & bass slowed down to around 145 BPM as opposed to the intended 170+ BPM was always something that captured both myself and Kevin Martin (The Bug, King Midas Sound) when we worked together as Techno Animal. We also went on to DJ drum & bass at these slow motion tempos on tours across Europe.

Dillinja, “Violent Killa”
I could pick too many tracks from Dillinja, all endlessly influential. My favorite producer of filthy bass and cutting breakbeats, absolutely direct, textures unlike any, the ultimate DnB producer, who also owns one of the ultimate sound systems–the Valve sound system.

SPK, “Despair”
The Leichenschrei album from SPK has influenced countless projects of mine. Far ahead of its time, this is where a lot of the industrial sounds and textures are derived from–this atmosphere. I couldn’t pick from what is too many rhythm based and inspirational Throbbing Gristle tracks, so I omitted them!

Jeff Mills, “Phase 4”
The early techno from Jeff Mills is highly influential on the JK Flesh sound–maximal yet paradoxically minimal too.

Loefah, “Twisup”
This track defined the slow reductionist approach to drum ‘n’ bass that excited me about the concept of dubstep initially. I could’ve picked so many from this period; this one’s a classic.

Digital, “Lower Depths”
There’s too many artists named Digital out there. There’s only ever been one for me, though; he was a protege of Photek for some time. This track was on one of Photek’s imprints, and follows a similar trajectory but with less showmanship, and more mood and texture. Deep and dark, there is quite simply too many greats to pick from this artist that shape the sound of JK Flesh.

Dizzee Rascal, “Vexed (Instrumental)”
This first single from Dizzee Rascal, upon initial release, was storming–grime in all its glory; more primitive than a lot of the garage that came before it; hard, minimal and abstract; almost early Wu-Tang like in its sinister abstraction coupled with hard beats.

Godflesh, “Witchhunt (Tyrant Remix)”
What we’d done previously with Godflesh, especially when we incorporated hip-hop beats and breaks, is ultimately why I use guitars in the JK Flesh project.

Genoforce, “The Germ”
Whether it be at the slowed-down tempo it is here or its intended tempo, the bass textures in JK Flesh are directly inspired by the sounds in this track, and many similar ones from this period, circa 1997-98.

Techno Animal (F/ EL-P and Vast Aire), “We Can Build You”
What Kevin Martin and I achieved musically as Techno Animal, and the fact that we ceased to work together with the project in 2003, is conversely the main reason my JK Flesh project exists.

Cabaret Voltaire, “Voice of America”
Cabaret Voltaire, around this period, has stuck with me ever since I was first exposed to them as a kid. I first heard this track through John Peel, on a tiny mono radio, the night before school–life-changing sounds. Again, a huge influence, genuine industrial music. Vocals and the way the Cabs effected them are a direct influence on the way I use my vocals in the JK Flesh project–utterly mutated, utterly fucked.

JK Flesh’s new split LP with Prurient, ‘Worship is the Cleansing of Imagination’, is available now through Hydra Head.