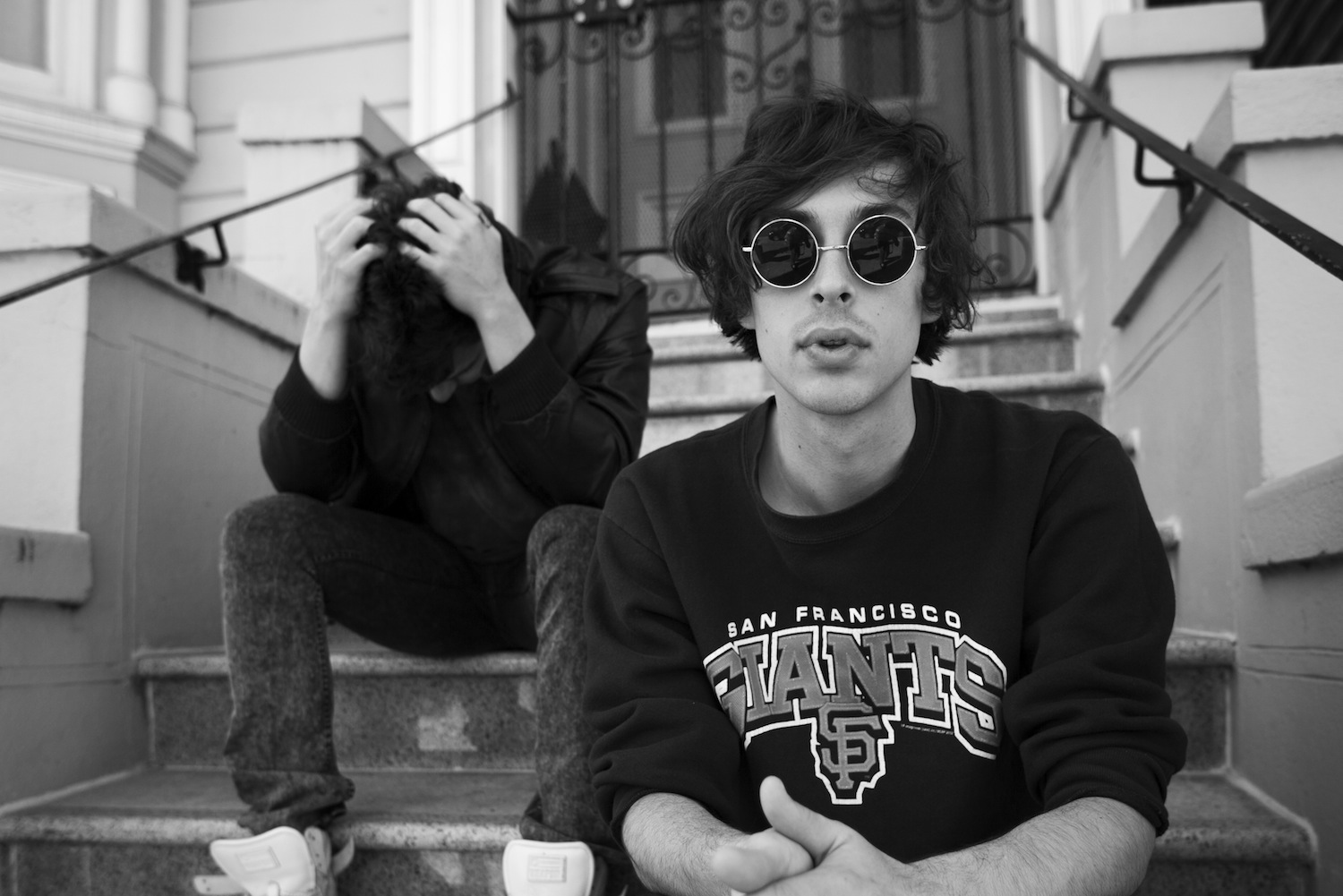 Maybe it shouldn’t be a surprise considering the first song on their debut album is called “Too High” but here’s the deal with Painted Palms: they write pop music that’s steeped in psych the way tea’s sometimes spiked with psilocybin. So the hooks on Forever don’t just grab you; they slide across your speakers in SpectraVision and sink in like the couch you owned in college, offsetting moments of reflection and self-doubt with rays of sunshine so blinding they’d cut right through the fog that blankets the duo’s adopted city, San Francisco.

Sure enough, when they passed over an exclusive mixtape that explores the full-length’s influences, it didn’t stop at obvious touchstones like the Beach Boys, Spacemen 3 and Joe Meek. It dropped everything from Psychic TV to ScHoolboy Q alongside spoken word snippets from Pump Up the Volume, Fargo and that old Harmony Korine favorite Julien Donkey-Boy.

Here’s what multi-instrumentalist/producer Reese Donahue had to say about the set, a collaboration with his cousin, singer Christopher Prudhomme:

“These are songs that, in some way or another, influenced the making of Forever. Some were more direct inspiration and some were just kind of always around while Chris and I were hanging out. Like that Rich Boy song. I kinda hated that song when it first came out, then Chris put it on in the car one day and I was like this is perfect. I also included some early 60s pop songs that seem so weird to me because the lyrics feel so out of touch…disproportionally cutting compared to the song, like the words didn’t carry the same weight when it was written. Hope u like em.”