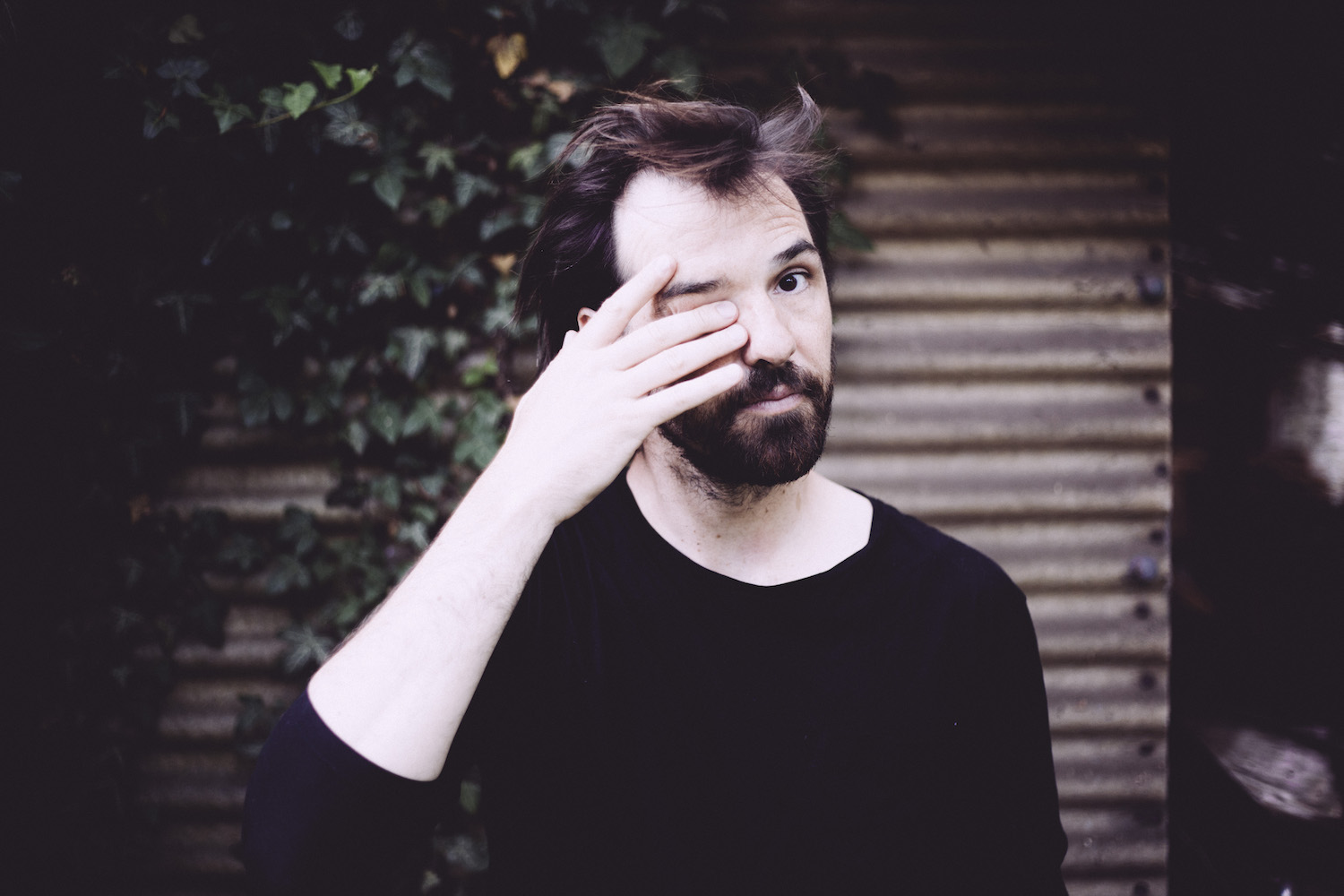 It’s hard to keep up with all the contrasts in Alter, the latest experimental opus from double bass player/ambient producer Otto Lindholm. A self-inflicted duel between light and dark forces, it captures the moment where mangled electronic music and icy classical instruments become one and we have no choice but to stare at the sun, blankly and boldly.

Stream it in full below, along with Lindholm’s track-by-track commentary, and look out for the official LP through Gizeh Records this Friday….

“FAUVE”
I was looking for an orchestral sound for the opening of the album and the challenge I had to face was playing all the lines by myself while avoiding a ‘many-myself-style’. My underlying idea was something harmonic for the drone, something with a written evolution and clear movements. After weeks of trial and error, writing and recording hours of music, I still wasn’t able to find what I was looking for. The problem was that the result was too complex and the melodies were drowned out. One day, I woke up with this tiny idea—you can imagine how mad I was—of using the machines to do snapshots. You know, like the first digital cameras—giving me the ability to ‘snapshot’ a moment, a kind of complex freezer? I fixed my setup and began to play all the ideas I had and… that’s it. I was finally able to duplicate myself easily, instantly creating the counterpoint I had been looking for that could converse with a synthetic me.

“LEHENA”
This is the first track that came out. Actually, lehena means ‘first’ in Euskara, or Basque. This track paved the way to the rest of the album: a four-track LP, where side A and B would be responses to each other.

Before that track, I had been recording several pieces of music, wandering in my creation of a final object. How did I want that LP to be? Two long pieces of music? The second being a response/accomplishment to the first one? Or rather something completely different? Each time I thought I had managed to find a good new material, I was pushed to re-evaluate decisions and ideas I had previously made.

The loop you hear at the beginning emerged out of this process. What is surprising, though, is that I don’t remember how that loop came about, nor how I created it. Most of the time I do not search for synchro between the different loop machines I use or between the lines I play as I am among those who admire what is happening when you combine the systematic of loop stations with aleatory and chaos.

“ALYSCAMPS”
I have a certain fascination for dissonance, and for the the sensations they create. For me, it has to do with the sense of touch. With the double bass, it’s actually really physical, especially when you play two closed notes at the same time, you can really feel the resulting beat/vibration. In my case, I enjoyed the feeling of my body vibrating with that G and Ab that were played simultaneously; it’s like a musical massage. I would spend hours playing these notes at my studio. And then moving one of the two notes up and down, I could enjoy the variation of the resulted vibration, faster, slower, stronger, softer.

I think the neighbors probably went crazy listening to these strange, crazy notes. I recorded these movements. Listening back, however, the sensation became very dark and austere and the funny physical sensation was gone. Sad! Because of this, I decided to put a melody in major key on top in order to convert the dark into a kind of shiny sensation and the austere into something more emphatic and deep. I was taming the underworld.

“HELIOTROPE”
This piece came out a longer piece I had been working on for months. I never could find a way to finish it properly; I lost myself with the narration and in the end, the piece began sounding really odd and nonsensical. Later, when the three other tracks were done, I listened back to this one. With my ears fresh, I was able to find a way to use the good things I had already composed and get rid of the tricky parts. After all was said and done, only the ending movement survived. I liked the fact it was based on all the different ranges of the double bass, from the lowest to the highest. Extracted from the rest and reconditioned, I had a nice feeling while listening to it and it even it brought me something spiritual, although I don’t know what exactly. I had the feeling that I was sitting inside a old chapel looking at the altar, enjoying the reverberation of the sound. I could feel the cold stones and see the sunlight passing through the stained glass windows and this made me feel happy in a way.

Previous Liars’ Angus Andrew Makes Us a Mix of Songs He Blasts Backstage
Next The Mole Takes Us on a Tour of His Hopeful House LP, De La Planet