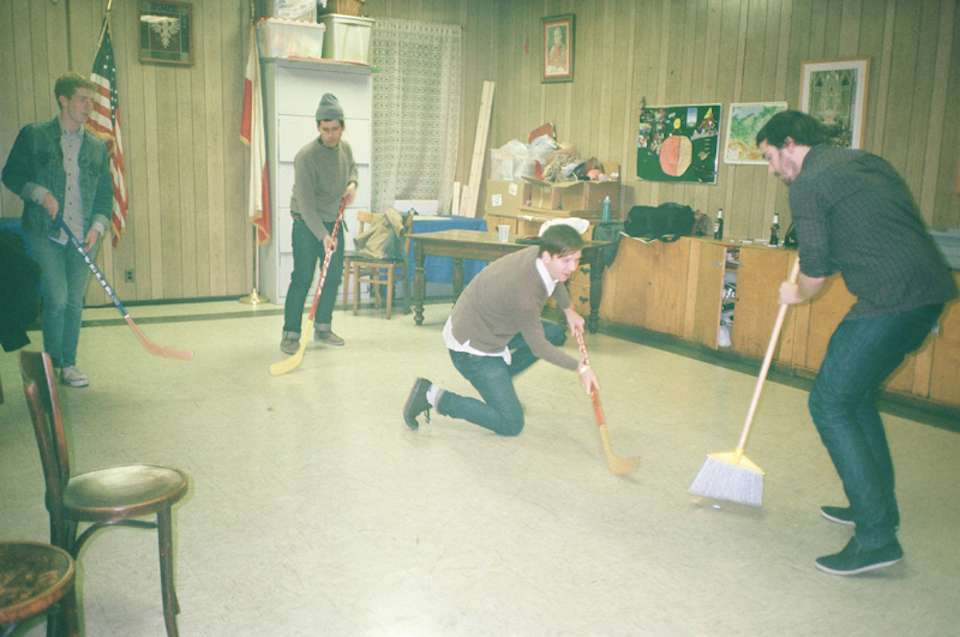 The following  feature was first published in our quarterly digital magazine, which is now available as a free iPad app. Parquet Courts’ latest album, ‘Sunbathing Animal’, is now available through What’s Your Rupture?/Mom + Pop…

1. David Berman
A great writer who came of age in Dallas, where I partly grew up. He knows that writing—poetry especially—is meant to be read aloud, and his voice reflects that. Most probably know him from his work in Silver Jews, but a lot of people overlook his poetry. He has a way of obsessing with the details of the mundane and banal that usually get lost in the margins. A lot of his first collection, Actual Air, was written when Berman was in his late 20s, which is likely why it appeals to me so much currently. —Andrew Savage

2. Charles Bukowski
For a lot of people, especially young men, Bukowski serves as a point of departure for the genre. He’s very digestible, and he can be taken for face value. And really, all of the caveats about sexism can be chalked up to him being somewhat of a realist. I’d say he’s definitely macho because his writing is often hyperbolic and lends itself greatly to his being groomed as a fiction writer (Dostoyevsky and Hemingway being early influences on him). Bukowski’s saving graces are his honesty, self-deprecation and the way he handles describing conditions of regret and loneliness. The collection What Matters Most Is How Well You Walk Through the Fire is my favorite. —AS

3. Donald Barthelme
Most people would not consider Barthelme a poet, but he’s just as much of one as Bukowski. (Calling Bukowski a poet is somewhat generous.) Many of his short stories fall in the middle of the poetry/fiction Venn diagram. The man can end a thought like no other, and his choice in phrasing often leaves me in awe. A truly brilliant writer—who, like Berman, also lived in Texas—Barthelme often gets eclipsed by his fellow postmodernists DeLillo, Pynchon and Wallace. Which is a shame because I believe he was likely an influence on all of them. —AS

4. John Giorno
One of the last living NYC beat poets, he still reads every once in a while around the city, and it is a real treat. This dude has been around, and will tell you about it in his poems. He developed the Dial-A-Poem series, where you could call a phone number and hear a poem by Ginsberg, Burroughs, Carroll, Cage, etc. —Austin Brown

5. Gregory Corso
Ginsberg called him the poet’s poet. He was not of the beats; he was the beat. Corso believed, and preached, that being a poet was not just writing poems but living as a poet, and that was how he lived from the day he was born until he died. The story goes that he was the youngest person ever to go to prison in New York City, and was confined in the old cell of a mob boss, who left all of his books with a hole in the wall poked out to let light in for reading. That was where he studied classic Greek and Roman literature and became one educated street thug, and where he started writing poetry. —AB