Penelope Trappes Finds the Light Within Darkness On Exclusive Mix 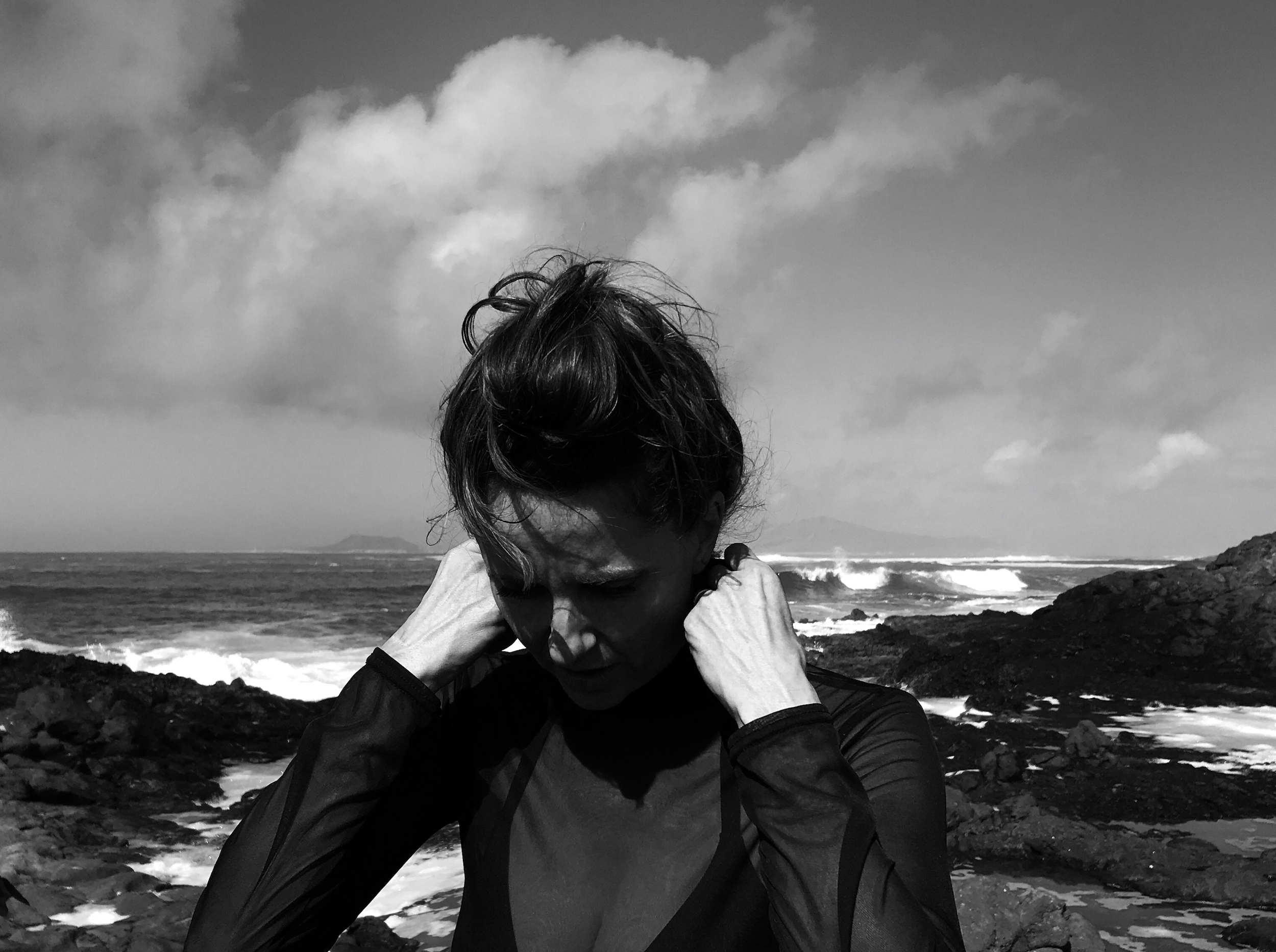 Sometimes it seems like the scariest thing out there isn’t the latest Halloween movie; it’s life itself. Penelope Trappes knows this. That’s why the Golden Filter co-founder uprooted her longtime home in New York City for a new life entirely a few years ago, setting in motion a solo project that’s become a full-time pursuit and source of hope in these increasingly dark days.

In the spirit of all things spooky, here is an exclusive interview with the singer/producer, followed by a welcome entry in our Needle Exchange mix series that features everything from Tim Hecker to Laurie Anderson. Trappes also wrote up one of her favorite records on our new ambient site here….

Can you start by talking about the beginning stages of this project in 2016? Had you been meaning to make a more vulnerable, beat-less record for years, but were too busy with the Golden Filter to fully explore it?
After moving to London in 2014, I was aware that I was in the middle of going through a massive metamorphosis. I had lived in NYC my whole adult life and was suddenly starting a new life in a new city, and it was making me a new person. There were a lot of things I was beginning to shed from my life and with my new skin, I knew there was a more honest story I wanted to tell.

In The Golden Filter, I had never been able to really be ‘myself’. We were often shrouded in mystery by our own design, partially because we were older; I had a child, which I really didn’t think the music world was ready to comprehend or accept without judgment. Despite hiding my personal story, Stephen and I were happily immersed in making music that was, as I like to say, ‘Yang music’—uptempo or high energy. But the ‘Yin’ side to my musical self needed to be explored. I had begun meditating and doing yoga and generally calming down a bit and discovering sides of myself, individually and creatively, that I suddenly felt compelled to record. So I rented a tiny piano studio in Hackney and spent one day a week there with my microphone and laptop recording a piano and vocal loops for a year. Also, I would walk around my new city and record sounds like birds in my yard, the beauty of industrial areas and canals and then kind of molded it all into an album. Because this was my first time expressing my voice alone, as one, it was a very healing experience for me.

Did the process of making Penelope One help you realize there’s so much more potential here than one solo record?
Absolutely. When I began writing Penelope One, I actually imagined it to be the first of a series. I wasn’t sure how this was going to unfurl, though. I did know that there was so much more to say and that more albums were going to be necessary. It was like a whole new universe had opened up in front of me. Initially, I thought I’d just give the LP away on cassette, but after the wonderful support from Keith [McIvor] at Optimo Music, I began to be able to let the project breathe more and grow. Then Houndstooth arrived just as I finished Penelope Two, and it felt like the perfect home.

You helped two close friends with the loss of their loved ones over the past year. Was the creative process behind Penelope Two a form of healing and release on a personal level?
Healing has always been an important part of how I view life. Penelope Two was very much a healing process for me personally. Bearing witness to my friends stories of loss and just being in a place of quiet definitely brought me to my own understanding of personal loss, through the empathy I felt for them. I found myself going back in time and remembering some very personal events that shaped my whole adult life.

The biggest one being when I was 14 my mother was diagnosed with Parkinson’s disease, a degenerative condition with no cure. It wasn’t life-threatening but the mother I knew as a child was now gone; her fate was a mystery. The loss of her happiness and health permeated my existence in my formative years and on into my adult life. Thankfully she is still alive today and is a beautiful and courageous woman, but her losses made me realise I needed to understand grief more. I believe this is why I could empathise with my friends so deeply. Their stories helped me to heal. In life, we all lose loved ones at some point. Death and grief are a part of life. If we can all share more we can keep the energy and the love alive and keep moving forward.

What were some influences on this record, and your solo work in general, that have nothing to do with music? Things like books, films, places, etc.?
During the writing of this album, I felt like I was beginning to really put my roots down in the UK. I began to feel the sense of belonging to this land; after all, most of my ancestors were from here. I started to travel via train, romantically taking in the landscapes and most often enough landing by the sea. I was falling in love with my new home. Whilst doing this I was building these beautiful bonds of extended family with my friends here as they shared their stories. I even now had my own garden, something I had dreamed of for years (renters nightmare!) and I was happily far, far away from America and its political madness. The land, my new country, and my new ‘family’ heavily influenced this record.

What’s one record or artist you listened to a lot over the past year that would surprise people?
Kendrick Lamar & SZA’s “All the Stars”.

Much like The Golden Filter, your solo work has a really strong visual element to it. Can you talk about the spare/moody photography and design aesthetics you’ve explored through everything from your album covers to your Instagram?
Aesthetics have always played a key role in what The Golden Filter has done, from photography to video and design. When I was a child and would play vinyl, I would stare at the covers for what felt like hours at all the little details. I have always wanted to have this effect, in one way or another, with my listeners. For this project, I kind of wanted to make the visuals timeless, taking cues from This Mortal Coil and older cover art from Carly Simon or Nick Drake. The music felt like it didn’t really have a lot to do with colour and I also didn’t really want to involve fashion, so as not to date the artwork, which is why often there is no clothing involved. 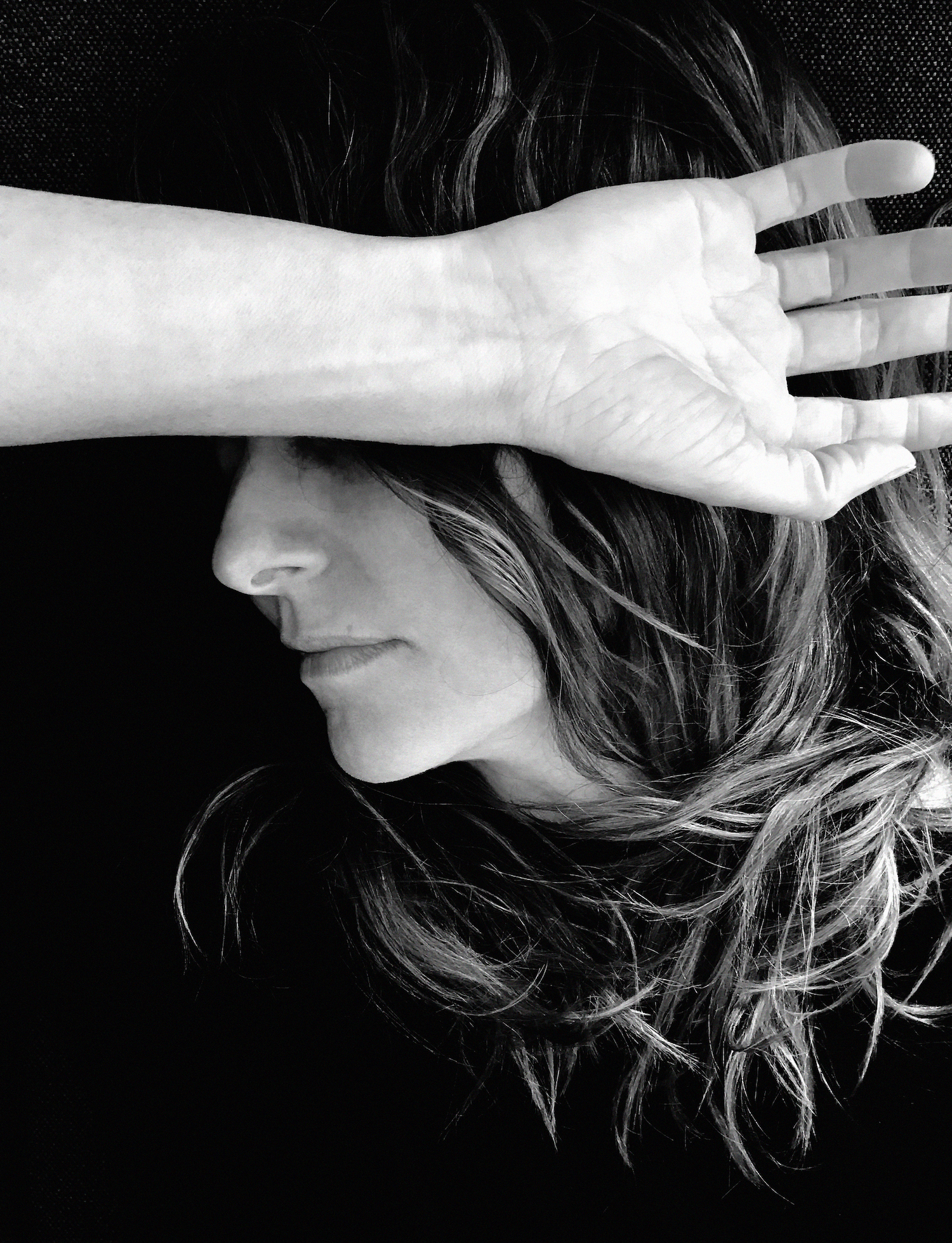 Do you do photography on the side when you’re not working on music?
No, but I have always loved photography and owned an SLR. I am actually more of a performance artist when it comes to what you see on my Instagram. The visuals are by me and Agnes Haus. We come up with some ideas on what we might do together, then I generally just decide to do things I think might look amazing on camera.

Maybe it’s because your first album came out during the height of ‘blog-house’, but it seems like critics don’t quite know what to make of The Golden Filter. Let’s say someone has never heard you guys before; what record should they check out first and why? Or if you can’t single out one record, what are a few songs that best represent the range of that project?

The ‘blog-house’ era is an interesting one. I was just talking about it the other day—how blogs had no ties to marketing companies, and their writers had a genuine passion for music. They really engaged with it. Now people can’t access new and interesting music because they are up against the algorithm nightmare of Spotify and social media!

Call me nostalgic, perhaps, but I feel like there was more of a democracy online back then, even though people do look back on that era with a lot of criticism, which is a shame. Because even though The Golden Filter got caught up in all of the hype, people weren’t able to understand what it was we were creatively trying to do. There were times where we felt like people wanted us to be like Ellie Goulding or they’d wonder why there weren’t more bangers on our LP.

We deliberately released things like Syndromes to leave behind all of the people who wanted us to be mindless dance, or basic pop. From that point on, we really have had to find our own way, but thankfully with complete creative freedom. Back then and still today, there are a lot of critics who probably need to drop their preconceptions, and just listen.

The whole Still-Alone LP pretty much sums up what people should check out. Especially side two. 🙂

You’re pretty prolific in general. What are you working on at the moment and what do you plan on putting out next year?
I’m starting to formulate ideas for Penelope Three and planning on taking these to a foreign country to write later in the winter, preferably by the sea. I co-scored a film produced by Steven Soderbergh and directed by Brian Welsh that should be out early next year. I have also soundtracked a friend’s short film that will be screening at the Tate Modern soon. I’m doing a couple of remixes, and there is also a full album of Penelope Two remixes from some amazing artists coming out soon on Houndstooth.

Can you tell us a little bit about the mix you made for us?
Like my album, I was exploring the idea of finding moments of light within darkness. I tried to choose songs that were hopeful and that focused on the intangible beauty of love inside us and that articulated the journey we take through life, moving through the cycles of nature, through all the struggles we have to go through to ‘survive’.

The first song—”Arc Descents” by David Hykes and The Harmonic Choir—perfectly represents this for me. The lush blend of descending voices, slipping into darkness are always surrounded by beauty and hope within each phrase.

I also thought Molly Drake’s “How Wild the Wind Blows” personified this fragility and sadness of how impermanent life can be. Abul Mogard’s epic 13-minute-long remix he did of my track “Carry Me” is a perfect example of movement between the shadows. Generally I lean towards songs that are darker; perhaps because I have always had a slightly morbid fascination with death, I am always trying to come to a place where I can understand the mystery.