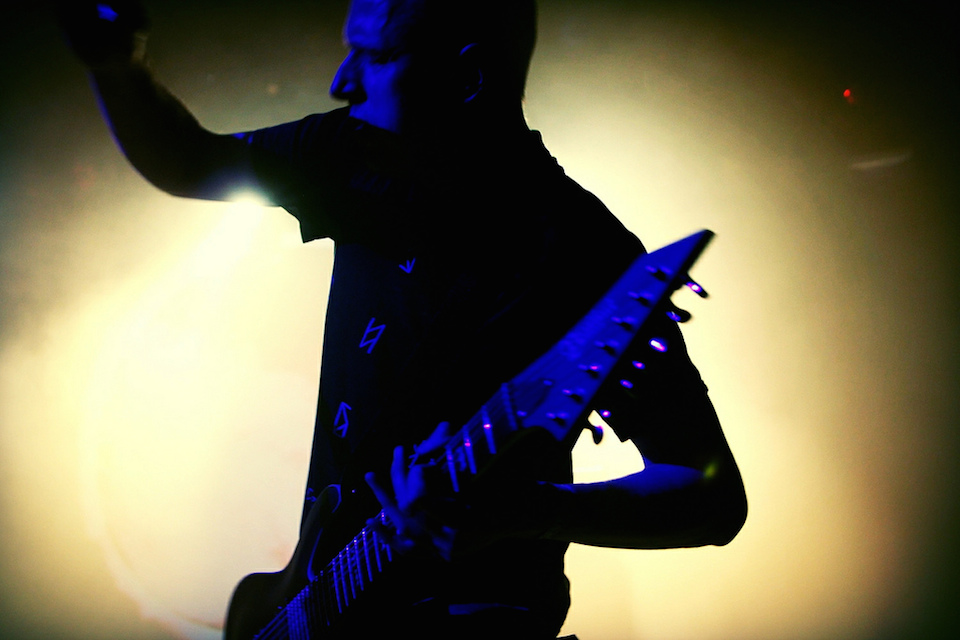 So began the first, and most likely last, chance we’d get to see Godflesh before frontman Justin Broadrick returns to his routine of churning out side projects (Jesu, JK Flesh, Final), avoiding the road aside from rare overseas appearances, and fine-tuning the first Godflesh album in more than a decade. (It’s reportedly called A World Lit By Fire and on the way later this year.) Reunited with co-founding bassist G.C. Green—their other bandmate, a drum machine, was replaced by the soft glow of a laptop—Broadrick led old favorites like “Christbait Rising,” “Avalanche Master Song” and “Like Rats” down a road that rumbled and raged as if no time had passed between the pair. And while their influential sound can be picked out of a lineup or Fear Factory record any day, traces of Broadrick’s past, present and future also weaved their way through the mix, from the fallen angel flourishes of “Monotremata” (a few tweaks and it could pass for a Jesus track) to the jumbled hints of jungle and ambient noise that collided with the group’s sludge-dredged chords.

“It does it all on its own,” Broadkrick said as his laptop wrapped its preprogramed warbling in time for Godflesh’s encore. “We didn’t even play.”

As you can see from the photos below, they very much played; as did Cut Hands and Pharmakon, who presented ecstatic waves of percussion and their own constantly evolving definitions of ‘noise music’. That includes the part of the night where Pharmakon climbed down into the photo pit and screamed “I don’t belong here!” in the faces of Godflesh fans despite the fact that she so clearly does…