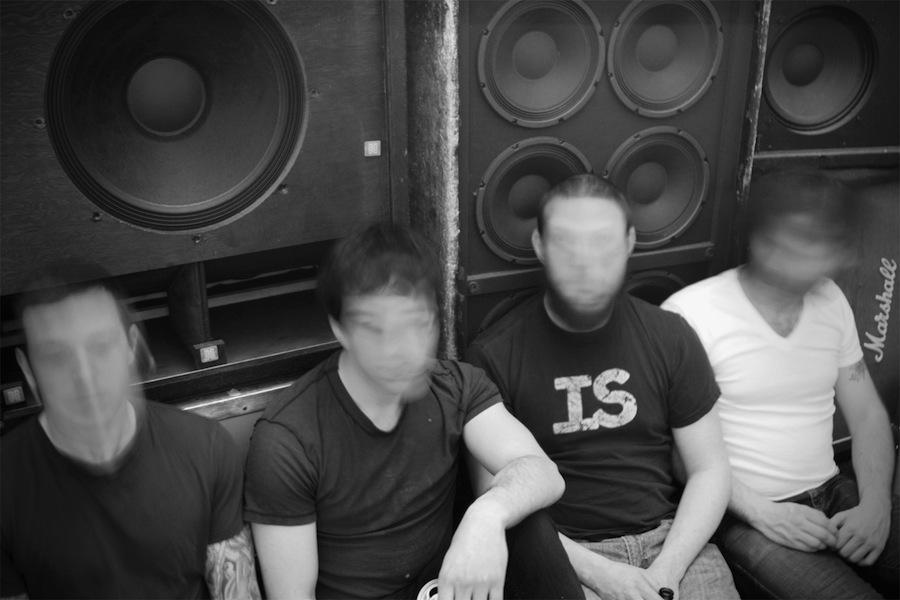 As you may have read yesterday, Cave In just launched several relief efforts for Translator Audio, a Brooklyn studio that was “completely obliterated by Hurricane Sandy.” Or as producer Andrew Schneider put it, “The high tide at the height of the storm brought water levels between 5 and 6 feet gushing through the whole building. I have been through many studio floods in my life but nothing even close to this. The violent force of the water is hard to imagine but the destruction it caused was complete.”

Best known for producing such underground acts as Unsane, Pelican and the Red Chord, Schneider also worked on two Cave In releases–the Tides of Tomorrow EP and 2005’s Perfect Pitch Black. The former is reflected in “Dark Driving,” one of three decade-old BBC session tracks that were dusted off for a benefit EP through Coextinction Recordings.

“The BBC Session was one of the best-sounding recordings we had kicking around the Cave In vault,” explains frontman Steve Brodsky. “And since it was going to appear on the Coextinction site along with many of Andrew’s great recordings, we wanted to offer something sonically powerful that’s also historically relevant to our relationship with him.”

The band also put a series of test pressings up at an eBay page, with all proceeds going to rebuilding Schneider’s studio. Check out some product shots below, along with a streaming version of “Dark Driving.” You can also donate to Translator Audio directly here…