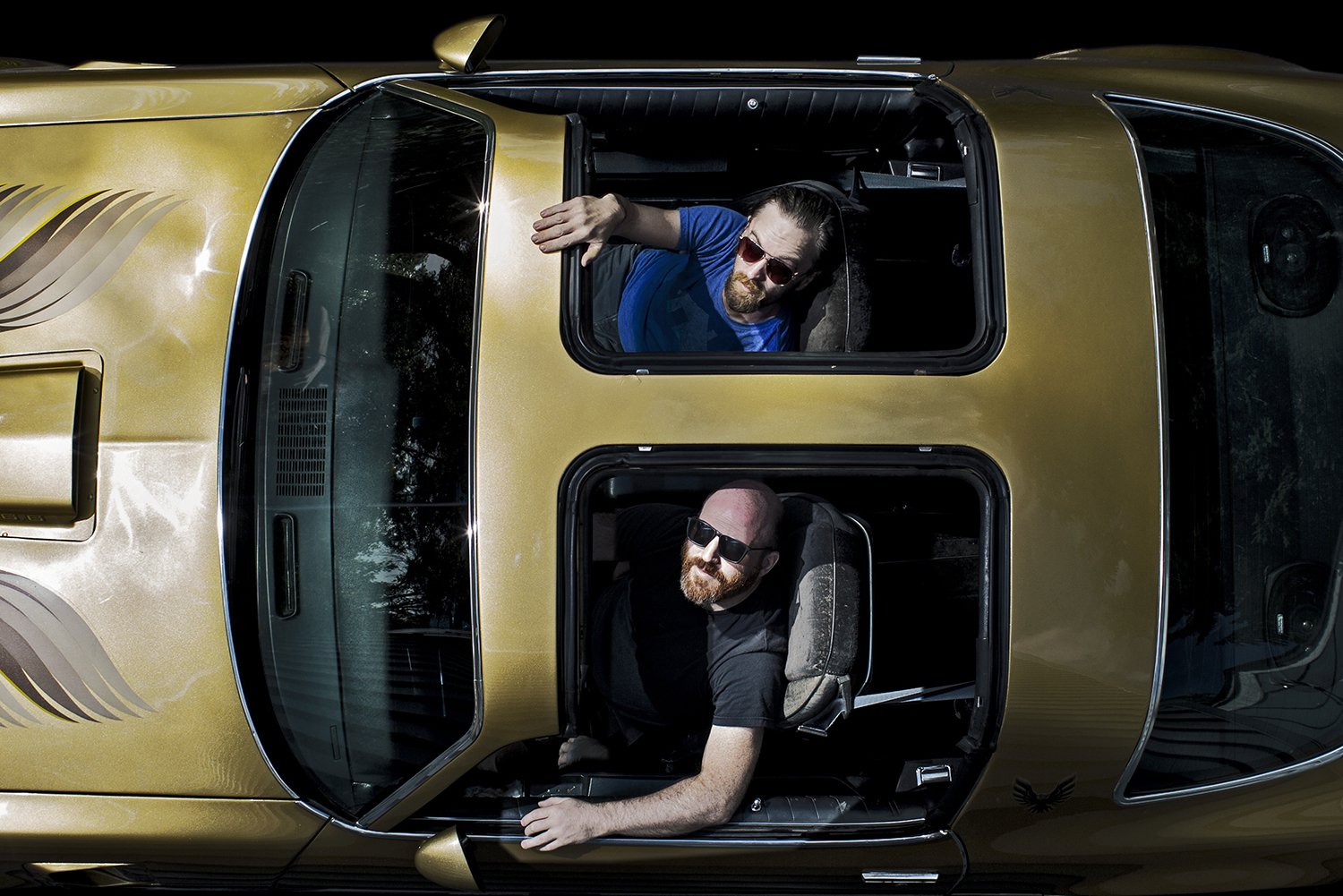 It took Martin Dosh and Jon Davis just four days to wrap their second record as Dosh & Ghostband, the robust joy ride Def Kith II: The Price Is Ill (anticon, July 8th). Which makes sense the second you cue “Chopping Spree,” a 9-minute number that sets the scene somewhere between Detroit’s Belleville Three era and the post-everything realm populated by lithe acts like Dawn of Midi.

That’s not the track we’re premiering today, though. “Kool Aid” is the shortest journey on Def Kith II, which means it gets right down to business and ends much earlier than it needs to.

“This one came together relatively easy once we determined which sounds to use,” explains Dosh. “Once I figured out how to sync up the arpeggio that comes in halfway through, it was pretty easy to figure out how the form should go. It was more just about getting the sounds, jamming for a while, agreeing on a template, and then hitting record. We got this one on the first take.”

“[It’s] probably the least complicated—thereby the weirdest—track on the record,” adds Davis. “A floor-banging kick and snare tailored to Martin’s acidy keyboard inventions. Corridors of reverb lead to a party ever in the distance. Sounds like a great time, if only we could make it there.”

Have a listen down below, right alongside a complete run through of the Minneapolis duo’s last EP…