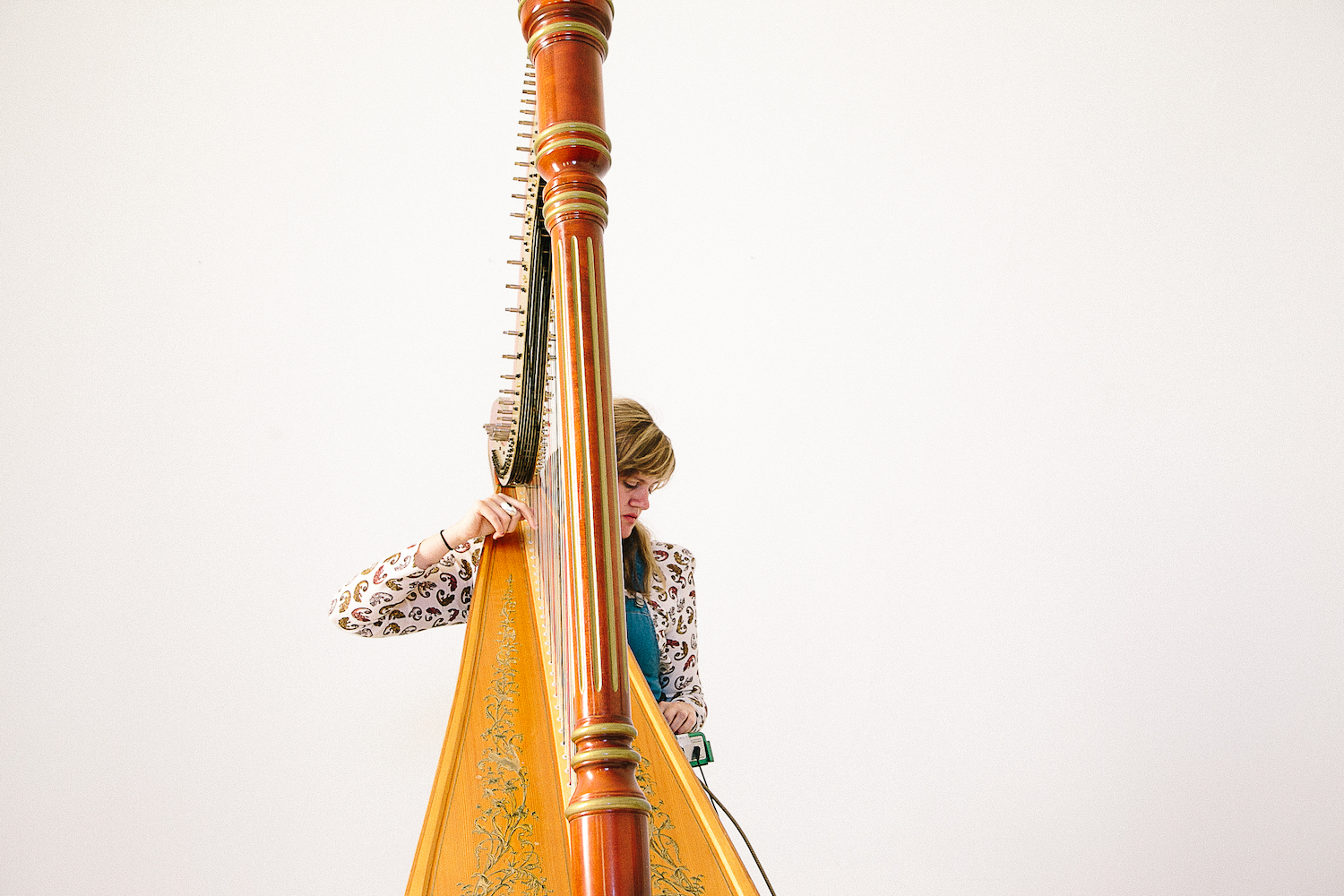 Seeing as how sprawling Mary Lattimore’s output is between side projects and solo records, this week’s Collected Pieces cassette is a welcome release indeed. Culled from five years of recordings in her former Philadelphia home, the album-length compilation is described as “me opening a box filled with 12 years worth of memories made while living there, with lots of beauty and sorrow, as well as total sunshine, blurriness, and some darkness all housed within.”

As we’re about to find out, a sense of humor doesn’t hurt, either. Here’s what Lattimore had to say about “The Warm Shoulder,” followed by another piece from the record and streaming versions of the harpist’s back catalogue…

“The Warm Shoulder” is loosely based on a cannibal joke told to me by a close friend: ‘What did the cannibal’s wife serve him when he was late for dinner? The cold shoulder!’

This song is supposed to be about the opposite of that—offering the warm shoulder, anti-revenge, just offering something very simple to somebody before anything’s gone wrong. I wanted to make it like a little girl-group wall-of-sound hazy backwards imperfect love song with a little innocence. Hopefully that explains it! Mary Lattimore
Collected Pieces
(Ghostly International, April 14th)
1. Wawa By The Ocean
2. Bold Rides
3. We Just Found Out She Died
4. It Was Late And We Watched The Motel Burn
5. The Warm Shoulder
6. Your Glossy Camry