Oh, the Places Mary Lattimore’s Been!
(In Mix Form) 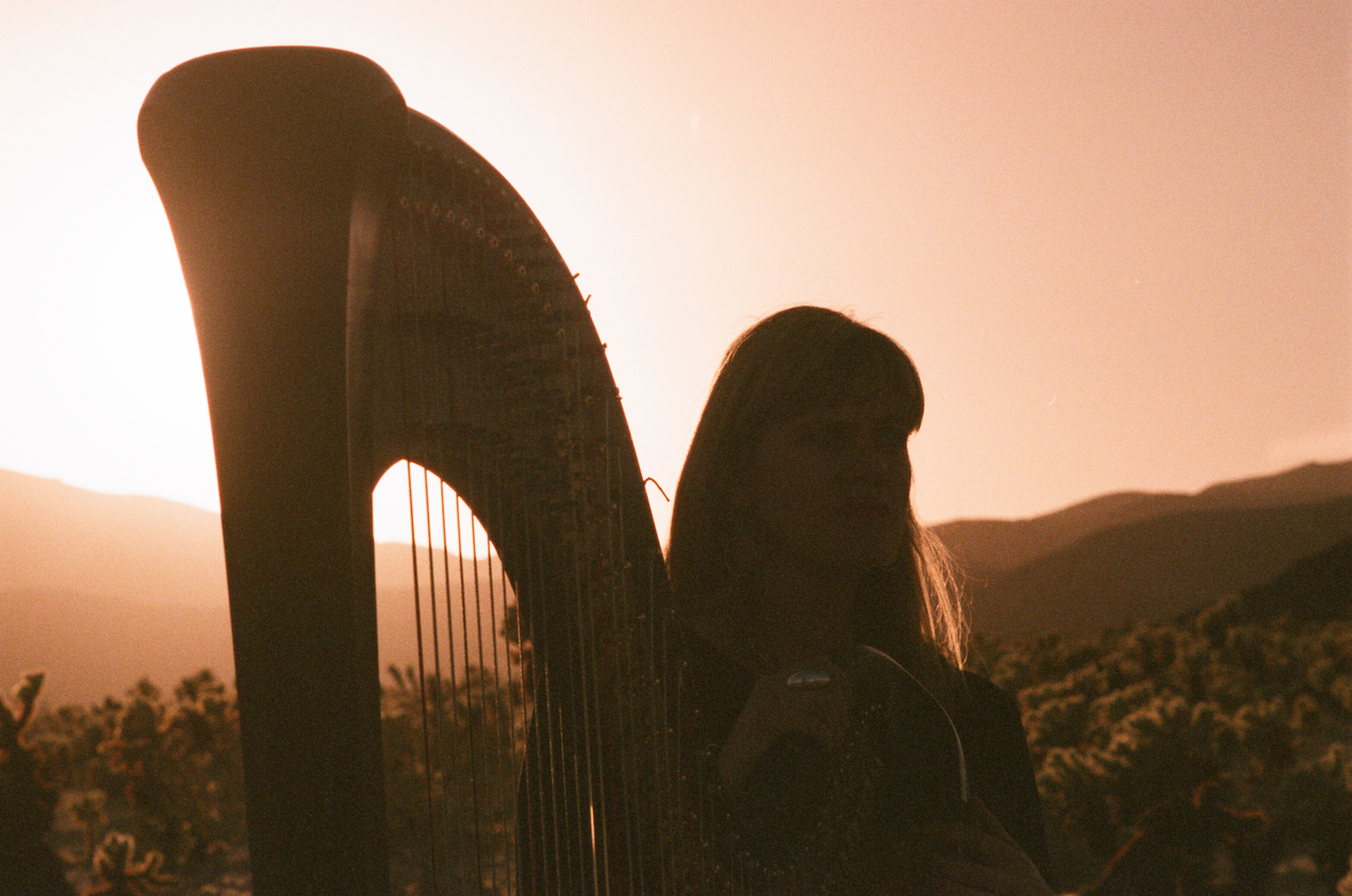 Seeing as how Mary Lattimore’s mesmerizing harp music is haunted by her travels and transient nature—an ever-curious existence filled with road trips and residencies in cities like Philly, Marfa and San Francisco—we thought we’d ask her to express all the highs and lows along the way into a special Needle Exchange set. Here’s what she had to say about each song, along with tour dates and a few selections from the stunner (Hundreds of Days) that set to hit shops through Ghostly International this Friday….

Doc Watson – The Train That Carried My Girl From Town
My parents are really big Doc Watson / bluegrass fans, so we grew up listening to him a lot and going to his music festival, Merle Fest, in North Carolina.

Tchaikovsky – Swan Lake Cadenza (played by Sarah Bullen)
When I was learning how to play the harp, I had to play this one a lot in our living room in Shelby, NC, with mom doing the dishes yelling “wrong note!”

REM – Crazy
When I was a teenager, I really liked bands that came from Athens, GA, like REM and the B52s and Pylon. This is REM covering Pylon. It’s cozy to me because it sounds like the best parts of the South in the ’80s / ’90s.

The Cure – 2 Late
Favorite song as a teenager and probably still.

Steely Dan – Any Major Dude Will Tell You
I went to college in freezing cold Rochester, NY, and my best pal Jason is from there. We worked at a record store together and he loved Steely Dan. I tried to resist for a while, but eventually gave into their incredible weirdo incredible perfectionism.

Uilab – St. Elmo’s Fire (Snow Remix)
This version is also from my Rochester days, when I’d work at the college radio station and hang out with friends who were also radio DJs and we’d take trips up to Toronto to see shows. I bought this CD on my first trip to Canada.

Magnetic Fields – Railroad Boy
I lived in Chapel Hill for a summer and interned at Merge Records and took Italian classes and played the harp in a hotel lobby. I listened to this old Magnetic Fields record a lot and it still sounds a little eerie.

Damon and Naomi (with Ghost) – The Mirror Phase
I did an apartment swap once, living in Paris while a beautiful cool French architect lived in my Philadelphia apartment. In Paris, I met Damon and Naomi and we hit it off immediately, so their music will remind me of that little Paris adventure. We’ve been friends ever since. Magic to know them.

Otis Redding – Sittin On the Dock of the Bay
A classic heard a million times, but still remains a favorite. I used to teach English to high school students in Vienna, Austria, and this was a song where I’d hand them the lyrics with words blanked out and they had to listen to it and fill in the blanks. It made me pay closer attention to the song too. The best (meanest) thing was that I required them to sing the whole thing to me in the end. I just wanted to hear their sweet Austrian teenager voices.

Espers – I Can’t See Clear
I moved to Philadelphia because I knew Greg Weeks and Otto Hauser in Rochester, but soon got to know all the members of Espers and have gotten to play music with all of them and am so glad they’re doing some reunion shows. A great Philly band.

Home Blitz – Two Steps
My friend Richie has a record label called Richie Records in Philly and put out this Home Blitz record. A great one. I think he’s changing the name of his label but it still has a trademark of quality.

Jack Rose – Fishtown Flower
Jack Rose was a buddy and Fishtown was my neighborhood in Philadelphia. Feel lucky to have known Jack.

Roy Harper – When An Old Cricketeer Leaves the Crease
I used to DJ at a great bar and this was the wind-down song at 2:05 a.m., when the customers had to leave but some regulars could stay.

Spacin – Wrong Street
Another band of Philly homies, but it doesn’t exist anymore. They’ve gone on to form other bands and everything changes but my friend Steven and I will still wear our matching Spacin T-shirts in honor of the late nights.

Weyes Blood – Romneydale
Weyes Blood Natalie is someone I’ve known for a long time and have collaborated with and toured with. I love her as a person and a musician and I’m psyched to see what’s ahead for her. Happy we are in the same city once again, just on the west coast instead of the east coast. This is my favorite song of hers.

Gene Autry – Lonely River
Having moved to LA really recently, I’ve been cruising around having mini-adventures and ended up at the Autry Museum of the American West. I loved it and would highly recommend it if you’re around here.

* with Iceage
^ with Julianna Barwick
# with Dylan Carlson