PREMIERE: The Spinto Band, “Shake It Off” 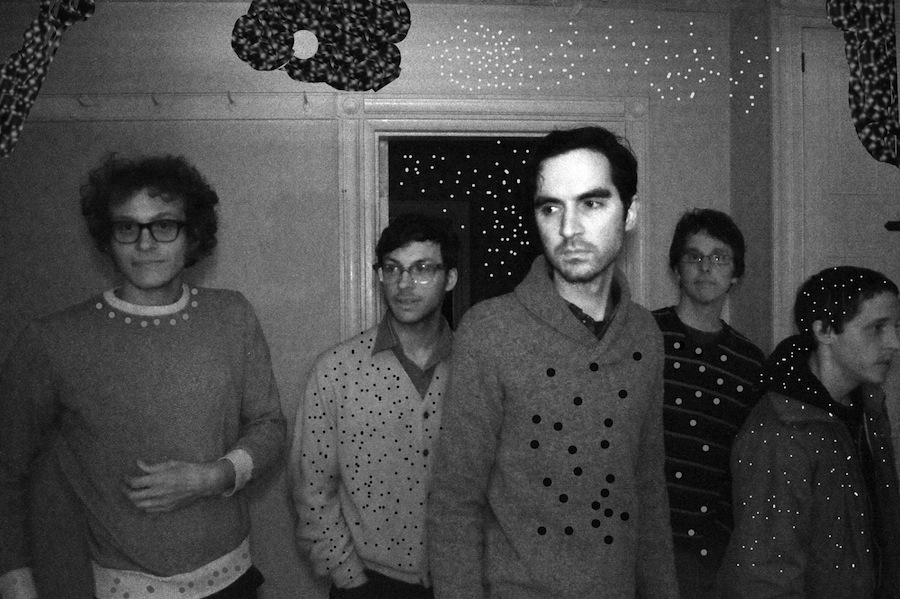 You won’t find it on their Discogs page–or even Google, for that matter–but The Spinto Band recorded and self-released a lot of music well before they racked up more than 500,000 YouTube views and numerous buzz-stirring magazine mentions for their breakthrough single “Oh Mandy.” In fact, we distinctly remember hearing a healthy Ween influence on their early material–helium-huffing songs about homosexual cats and, well, honestly that one sticks out the most because it was damn catchy despite how nonsensical it was. (This was back when we were sharing a dorm floor with the group’s former guitarist Jon Eaton, an expert on everything from Frank Zappa to Dan the Automator.)

The Spinto Band’s indie pop tracks can be just as twisted these days–in spirit, at least–but a recent return to their DIY ways with a new label (Spintonic Recordings) and studio back home in Delaware has brought a newfound focus to their once-sporadic output. Hence the nine-month gap between Shy Pursuit and next year’s Cool Cocoon LP. Due out on February 5th, it’s described as “wholly different beings who all share the same DNA. As heard on the debut single ‘Shake It Off,’ the song quickly falls from buoyant piano pop into a murky sea of cassette tape warble. Many of the songs rely on this balance of order and entropy, both sonically and spiritually.”

Stream “Shake It Off” below, alongside our complete presentation of Shy Pursuit from earlier this year…