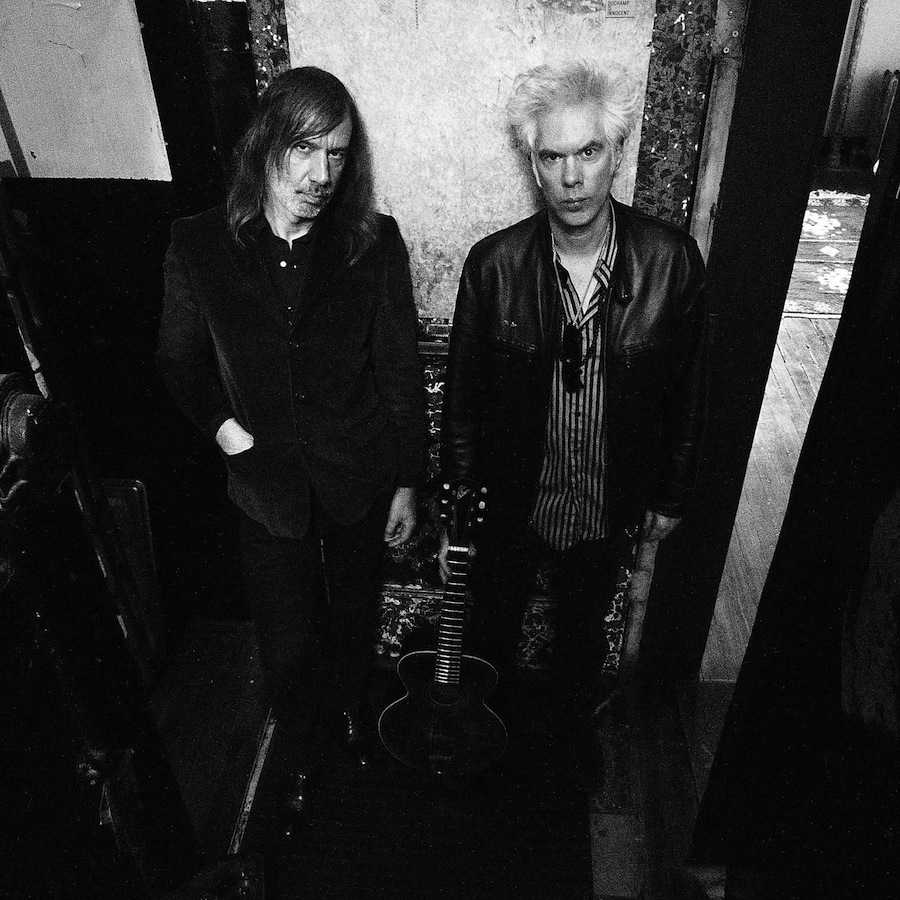 The last time we went to a listening party, there was a guy standing by the door. His hair was a wild shock of grayish white, and the way he carried himself was one of effortless cool, right down to the way he smoked–as if he’d learned the art of taking a drag from watching too many film noir movies. We thought to ourselves, ‘That’s gotta be Jim Jarmusch. And this’ll probably be the only time we get a chance to shoot the shit with Jim Jarmusch outside a recording studio in the Dumbo side of Brooklyn. Do something!’

Yet something kept us from asking for a light or why he was about to join us and a room full of metal writers at a Sunn O))) session. (As it turned out, Jarmusch was in the midst of tapping the band and Boris for The Limits of Control soundtrack.) Long story short, the legendary director sat through the whole record quietly, happily soaking in everything from the operatic pageantry of “Aghartha” to the gnarly Coltrane nods of “Alice.”

We tell this story not to say we were once sitting a few feet away from The Coolest Film Director on the Planet, fighting the urge to crack a smile as Attila Csihar howled over the sound of creaky E-bows and cracked floorboards. No, we share this story as one of many examples why music has always been an essential element of Jarmusch’s creative process. His ongoing project with composer/lutenist Jozef Van Wissem makes this case abundantly clear, as van Wissem’s stark waves of minimalism cross the path of Jarmusch’s well-worn guitar, channeling everything from the tumbleweed tropes of Earth to Neil Young’s wildly expressive work on the Dead Man soundtrack.

The duo’s latest album, The Mystery of Heaven, is available now on Sacred Bones. In the following exclusive, we ask van Wissem to shine a light on his favorite Jarmusch film…

I saw Stranger Than Paradise when it came out. It was my first Jim Jarmusch film. At the time I played electric guitar in a new-wave band called Desert Corbusier and that was about it; there was not much else to do. We rehearsed in the jail cell of an old squatted police station and smoked weed.

When running into a friend and being asked how you were doing, you would say, ‘I am so down today.’ It was cool to be depressed. I had tapered off the windows and walls of my squatted den with agricultural dark plastic; my hair was orange and always in front of my eyes, mostly looking at the tips of those pointy shoes. Nothing much in the room–just a few tapes, records and player. Empty was the style.

Stranger Than Paradise reflected this ennui so well that I felt immediately connected to it. It made other films seem unnecessarily overpopulated and dense. This was a great road movie with a lot of space and a drawn-out storyline. The characters didn’t seem to acknowledge each other; it was more about what didn’t happen in there. The emphasis was on the music and it had that explanation of a TV dinner by John Lurie.

I went to see the film in a dilapidated movie theater in the isolated northern Dutch city of Groningen. Tagged to the overcrowded cinema cafÃ© wall was a black and white life-sized poster of the film. During the intermission, I removed the tags and took the poster off the wall, folded it neatly and put it under my leather jacket. Nobody noticed. Happily I watched the rest of the film. –Jozef van Wissem