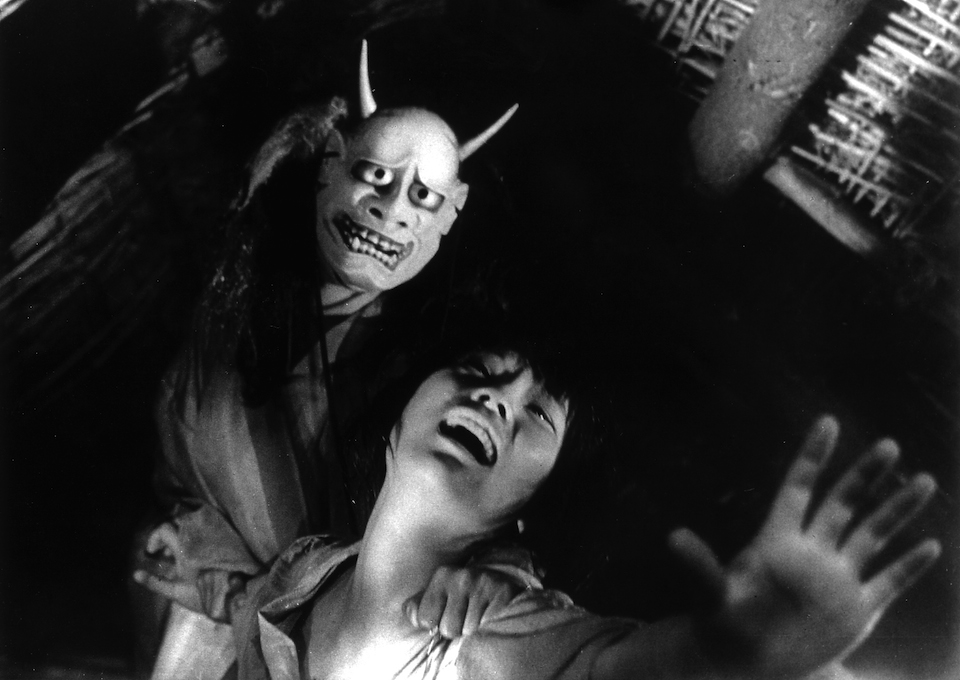 Puce Mary has released several noise records on Posh Isolation, including a split with Loke Rahbek called ‘The Closed Room’ and the recently released solo LP ‘Persona’. The following Top 10 list is taken from the underground Danish music package in the new issue of our free iPad magazine…

1. Onibaba (dir. Kaneto Shindo, 1964)
This incredible film is about two women avenging their husbands in a war, desperately trying to survive by murdering soldiers and trading their uniforms and weapons for food. A high contrast black and white film with a minimal yet very powerful soundtrack. Shindo’s Kuroneko (1968) is just as beautiful and atmospheric, if not more. I love the silence of these two films and there is something unexplainably romantic about the way they are filmed.

2. Yûkoku: The Rite of Love and Death (dir. Yukio Mishima, 1966)
Mishima’s only film was an adaptation of his short story Patriotism. A great piece of art just like the book.

3. Tetsuo: The Iron Man> (dir. Shinya Tsukamoto, 1989)
This surrealistic movie was one of the first to define Japanese cyber-punk and is a cult classic—my first introduction to Japanese experimental film. It’s about a metal fetishist who sticks metal into his body. He gets hit by a businessman’s car—whom he somehow infects—and the businessman transforms into a machine. The soundtrack is made by Chu Ishikawa, the founder of the industrial outfit Der Eisenrost. Later came Tetsuo II: Body Hammer (1992) and Tetsuo: The Bullet Man (2009).

4. The Face of Another (dir. Hiroshi Teshigahara, 1966)
I came across this after watching the (great) French-Italian horror film Les Yeux Sans Visage by Georges Franju. I think it shares qualities with modern French cinema from the ’60s. 6. Kwaidan (dir. Masaki Kobayashi, 1964)
One of the most interesting and beautiful horror/suspense films I’ve seen. It shares the same kind of ghost story style of Mario Bava’s Black Sabbath—four different stories with artificial sets and a very colorful visual style.

8. The Guinea Pig film series (dir. Hideshi Hino, 1985-1988)
This is a series of seven extremely distasteful gore films. I have only watched The Devil’s Experiment, Flower of Flesh & Blood and Mermaid in a Manhole. This series completely lacks aesthetic value.

9. Funeral Parade of Roses (dir. Toshio Matsumoto, 1969)
A classic. About the transvestite/gay underground culture in Japan in the ’60s.

10. Rubber’s Lover (dir. Shozin Fukui, 1996)
Another film in the genre of Japanese cyber punk. This one is about a group of perverted underground scientists who do experiments on people they abduct from the streets. The soundtrack of this film sounds like something between Coil’s Black Light District and an early Vivenza record. One should also check out his 964 Pinnochio from 1991 about a brain-modified sex slave.

Previous Life on Planets
“Zebra Prom”
Next Dissecting the Danish
Underground With Iceage,
Lower and Lust For Youth