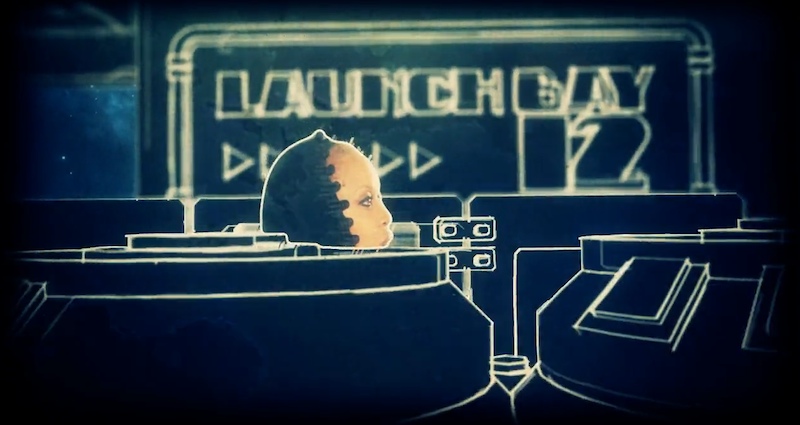 As first revealed in the uncut version of an interview from our current issue, Flying Lotus recently directed his first couple music videos, Erykah Badu’s “Gone Baby, Don’t Be Long” and Bilal’s “Levels.” Now that they’ve both premiered, self-titled thought we’d share the final versions along with FlyLo’s thoughts from behind the scenes at Tim & Eric’s studio (yep, that Tim & Eric)…

What was it like working with [Erykah Badu]? She seems like she’d be on a whole other level–like your aunt [Alice Coltrane], really:
[Erykah’s] got this thing about her that reminds me of my mom, actually. You can tell she’s somebody’s mom, and that she’s probably mothered a lot of the men in her life. You know what I mean?

Just really killer maternal instincts then?
Yeah, she’s just like:you couldn’t look her in the eye and tell her any bullshit. I love that. She reminds me of myself when I was shy; when I was always like, â€˜Uh…uh…uh.’ All of the cool is gone around her, dude. She’s got a really intense aura and presence. And when she came in, she killed her part. She was Erykah until we said ‘action’ and then it was on, man. Jaw on the floor; all ‘how is this happening?’ She’s the real deal.

Did you work one-on-one with both artists in conceptualizing their videos?
Well, the Bilal thing was a long process with a lot of pre-production before we shot it at Tim & Eric’s studio. We found out Badu was coming into town, and since we were already in production with it, we asked her to do a cameo. She got excited about the concept, and since we were gonna need to rent the studio for another day, I thought, â€˜Why don’t we shoot something quick with her beyond a cameo?’ So yeah–we came up with a little concept, shot her, and now we’re building this world together:

So it started off very on-the-fly:
Yeah. She was really cool about it. It took a long time to shoot the Bilal video and when we asked her to do this other thing, she had her manager and assistants help pick out accessories and clothes. It was really dope.

You’re not really known for directing music videos. So do you feel like you have something to prove?
I definitely feel the pressure for it to be really good. That’s why I’ve waited for something I really love. It’s not like I picked these songs because they’re a gig. They’re songs I want to do justice to. It’s a good pressure. I like it:It’s different.