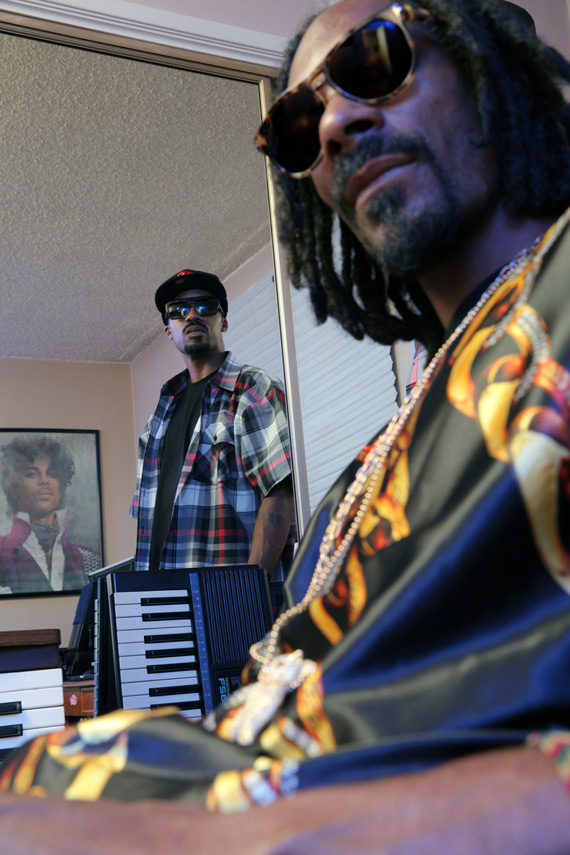 Stones Throw has revealed the details behind 7 Days of Funk, the only-a-matter-of-time collaborative album between Snoop Dogg and Dam-Funk. Due out December 10th, the record features the former recording under the name Snoopzilla as a tribute to Bootsy Collins, and guest spots from Steve Arrington, Daz and Kurupt.

“We’re the babies of the Mothership,” he said in a press release. “I’ve had funk influences in my music my whole career. Dam-Funk is cold. He’s keeping the funk alive and I knew I had to get down with him.”

“Snoop knew what I was thinking without me having to articulate it,” Dam-Funk added. “That’s how you know when you gel artistically with someone. These beats were made for him and he laid down some of the smoothest harmonies and melodies I’ve ever heard. It’s hip-hop, but you can also hear what we grew up on, from Zapp to Evelyn ‘Champagne’ King and Patrice Rushen.”

Check out a trailer for the record below, along with our recent Editors’ Pick “Faden Away”…