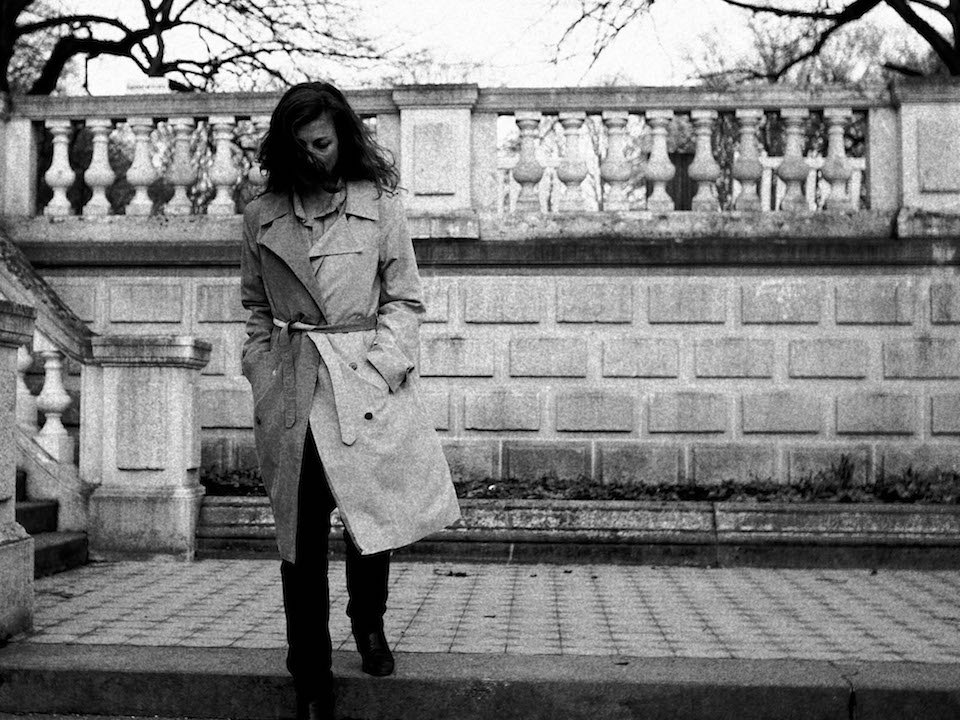 Stellar OM Source unveiled her directorial debut today, a shadowy night swim treatment that looks like it was dipped in as much acid as her new album’s (Joy One Mile, available now on RVNG Intl.) twisted house tracks.

“While waking up one morning,” the producer explained in a press release, “an image of a Japanese girl dressed in a kimono and walking along the edge of a swimming pool surrounded by fog appeared to me. This image became the inspiration point for ‘Polarity.’ I developed the abstract narrative arc from this conscious dreaming: the women, the kimonos, the water choreography and the reflective play of light.

She continued, “As we shot, the pieces fell right into place. The set felt like an animated fashion shoot, exaggerated details in the exchange between the beautiful women of the water. A feel of mystery and expectation initiates the sequences. I needed a central character to direct the energy flow, and the girl in blue face became this. When she submerges underwater, we understand her role. The flashbacks explain more before the ballet begins. The object of their dance is revealed in the end: polarity as an exchange of beauty.”

Christelle Gualdi’s wavy camera work makes perfect sense considering she recently sent us a short essay about the golden age of Italian cinema. It’s running in our magazine next week–as part of a massive underground electronic music package–but you can get an early look at it below, alongside tour dates, the “Polarity” video, and a YouTube playlist of Italian documentaries, film clips and full movies…

When I need to feel grounded–to remind myself of my roots–I watch Italian auteur movies from the 1960s. I frequently go back to films by Michelangelo Antonioni, Federico Fellini, Pier Paolo Pasolini, Vittorio De Sica, and Luchino Visconti, or those starring Marcello Mastroianni, Sofia Loren, Monica Vitti, and Claudia Cardinale or the French actors Jeanne Moreau, Alain Delon, Michel Piccoli, and Jean-Louis Trintignant. Despite so many viewings, they still leave an incredible impression.

I will always be fascinated by these black and white melodramas. Each film is so full of cinematic inventions in their structure, settings and those oh-so-real characters and stories. They deal with the NEW–a new kind of cinema, a new kind of life portrayed, a new perspective on this life and beyond. They offer an impression of a limitless future through the lens of cosmopolitan and personal conflict, where everything stands vulnerable to collapse. Happiness, love and truth are traded for melancholy, eroticism and social status.

The films from this era also reflect a glorious era of women in cinema. Monica Vitti’s characters (and personality) glow with self-assured glamour, reflecting a sense of power when stuck in limbo between life and love. The characters, the writing, the extended landscape shots and detail-oriented cinematography, all have a very physical effect on me. They make me feel alive in my own skin and help me feel in control during life’s crises. Most importantly, they help us all celebrate artistic imagination. –Christelle Gualdi