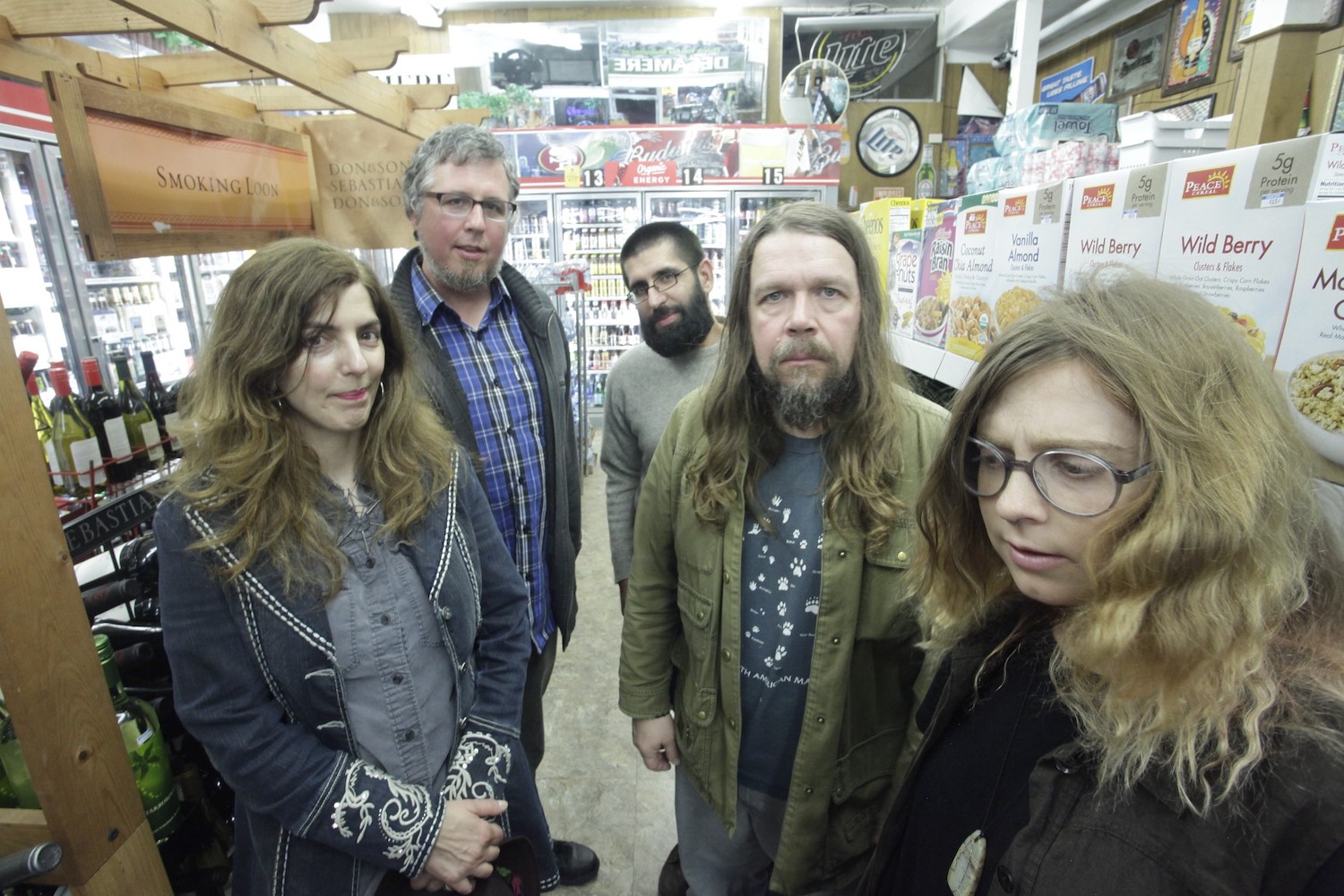 With so many underground musicians worrying about being too precise these days—thanks for nothing, ProTools!—it’s a blast to hear a band head right off the rails the way Dire Wolves do on their new album. Due out this Friday through Beyond Beyond is Beyond and featuring Lau Nau’s Laura Naukkarinen for the first time, Excursions to Cloudland is exactly that—a journey towards the sun that spreads its space-rock gospel across four sick jam sessions. Here’s an early listen, along with a track-by-track breakdown by bassist Brian Lucas….

“ENTER QUIETLY”
This is the first thing we recorded with Laura, who was on a West Coast tour and had a gig in San Francisco at The Lab the day after our recording session. Other than Jeffrey, the rest of the band had never met Laura until that evening. We plugged in and this is what extemporaneously came out. “Enter Quietly”… because that is exactly what we did. Our approach may have been tentative at first, but as one listens through the album we become slightly bolder and more comfortable playing together. We found a portal to enter together and Arjun’s violin was the clarion call.

“FOGGED OUT (ONE)”
San Francisco in the summer is often cold and foggy, especially after a day or two of sun and heat. We recorded this album at the bottom of Bernal Hill, where wisps of fog flew over us while we took a break in the back garden of our space. Apparently Laura improvised lyrics throughout the album (in Finnish, of course!) about this dominant feature of San Francisco summers that she experienced while walking the oceanic edges of the city.

“FOGGED OUT (TWO)”
No excursion to cloudland is complete without getting lost in its vaporous folds and fissures. These are the clouds that populate the paintings of John Constable and JW Turner, both keen cloud observers.

“CEREBRATION DAY”
Thought—especially the aspect that formulates preconceived ideas and concepts—had very little part of this music making process. Playing completely improvised music puts you in a different headspace than the one that requires memory, repetition, and getting a song down for posterity that has been practiced numerous times. For better or worse, Dire Wolves explore a different territory. Yes, you can cerebrate on this song if you wish, or, even better allow it to open your fourth eye.