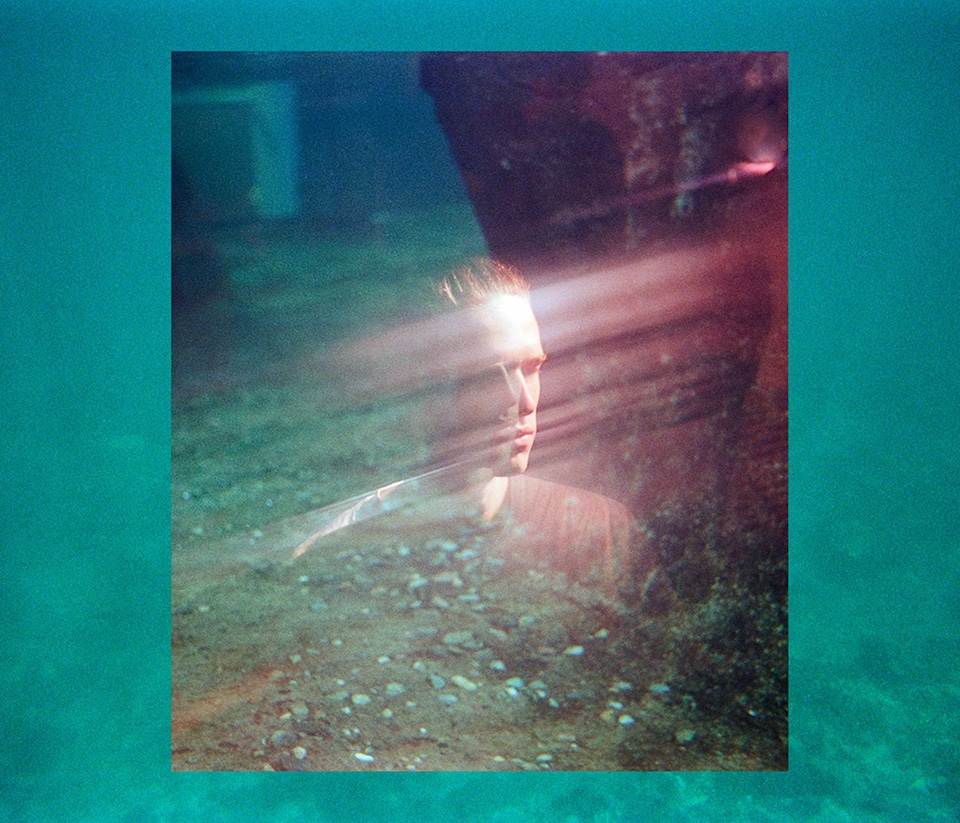 “I imagined some other place that always sounded like it was teeming with life,” says Dylan Stark when asked about his debut album, “where it always sounded like the world around me was celebrating. I tried to weave this feeling of ecstatic celebration throughout the album, I wanted everything to feel like a parade, like a dense jungle, to give a sort of relaxed, confident, joyous feeling coupled with the distant peace that would come to you when listening to a thunderstorm late at night.”

Available today via Civil Music, Heartland is also a masterclass in making sense of overstuffed sample banks. In Stark’s case, brightly lit beats were built from thousands of tracks—everything from Moroccan street markets and Melanesian choirs to Bollywood ads and wrestling bells. Have a listen to every last loop below, as the Portland producer shares the stories behind his songs…

“ASHEN”
I always knew “Ashen” would be the first song on the album. I wanted to use it as a way to ease into the warm natural world that encompasses the rest of it. I rerecorded a lot of the chords and drums while they were playing through speakers in separate rooms to give them a distant feeling—like they were the music of a faraway city being beamed to a tiny radio somewhere in the jungle.

“SHELTER”
This was the first song that I really had a firm grasp on when making the album and it set the tone for everything that came after. I wanted the structure to have a sort of duality between this expectant energy and a more boisterous calm. The drum build in the beginning creates a sense of manic energy, spiraling out of control then when the drums eventually switch to half-time and focus on bigger sparser hits that manic energy is wrangled into this big, buzzy ecstasy. The Yamaha CS1x was my go to synth (and only real piece of hardware) for most of the album, I used it on this track and a few others to make big blown out basslines.

“HEARTLAND”
This was the toughest song to piece together; I actively worked on this project for almost two years and it changed form so many times. I had all these great chords and textures and just couldn’t figure out what it needed to tie them all together. When I finally added those washy yeahs over everything, the rest of the song clicked; after throwing in all these crazy samples it was kind of the simplest solution. I wanted everything up until the first drop of the song to feel like the dreamy echoes of that drop, repeatedly giving you little tastes of these major chords until they just hit you in the face. The song to me was sort of a representation of the pulsing glowing feeling you would get in a nightclub without actually being a club track. Like if someone hired Animal Collective or The Field to mix down an EDM album.

“PARADE”
Most of the time when I have a very specific idea for a song I end up going through a lot of different iterations before it’s even close to what I imagined in my head, but somehow everything in this song sort of fell into place. I wanted it to sound halfway between a real parade and an electronic interpretation of a parade; to have all of that same explosive parade energy that I felt when watching actual parades but slightly more streamlined and automated. There isn’t really a bass line implying any firm chord changes here, the meat of the song is this joyous, shouting chord loop that makes it feel less like a song and more like a live celebration passing you by. “DAYDREAM”
This was the last song to be finished on the album and it sort of comes in two parts. I had the second half finished for a long time—this large, splashy, very strangely timed two chord progression—and I really didn’t like it by itself. Later I added the goofy, racing 7/4 section in the beginning to balance out the size of the second half. I wanted to keep the 7/4 signature pretty hidden from the listener, so everything felt a little off-kilter but you couldn’t quite figure out why it did and then the big 2/4 chords of the second half relax that uneasy tension.

“NORTHERN”
“Northern” is one of the songs that to me really sums up the natural geography of these places I was imagining (and watching in documentaries). It’s a little more icy and mountainous than the rest of the album and I always imagined a soaring bird’s eye perspective when making the song. Lots of the spacey sweeping sounds in the background of the song are the sounds of birds chirping slowed down to a fraction of their original speed. I can only dream that maybe someday David Attenborough will reach out and ask to put this in a BBC nature documentary!

“NEAR DAWN”
This song was inspired by all these YouTube videos I’d watch of open markets in Indonesia and Morocco where these a long chain of musicians and drummers would come marching by. They’d be led by a caller, someone yelping out directions to all of the drummers. I imagined a chain of these musicians moving closer to you from somewhere deep in the jungle and for a minute or two they surround you and you get to hear them before they continue weaving along. I really tried to evoke a sense of something racing towards you from far off in the jungle. If Heartland were a movie this song would be the chase scene.

“NOW”
I always knew this would be the closer to the album as well and it’s sort of the spiritual mirror image of the album opener “Ashen.” They both start with these downward, drifting minor chord progressions and eventually open up into big, climbing major chord progressions. I wanted the second half of “Now” to feel like an ever-ascending wall of sound, like the chords never stopped moving upwards until they finally faded into white noise and you returned back to civilization with the sound of a lone AC machine. The kids and AC sounds at the end of this were recorded through my window from outside my house and were an ending for me to my imagined jungle journey—a return to my city world in Portland.