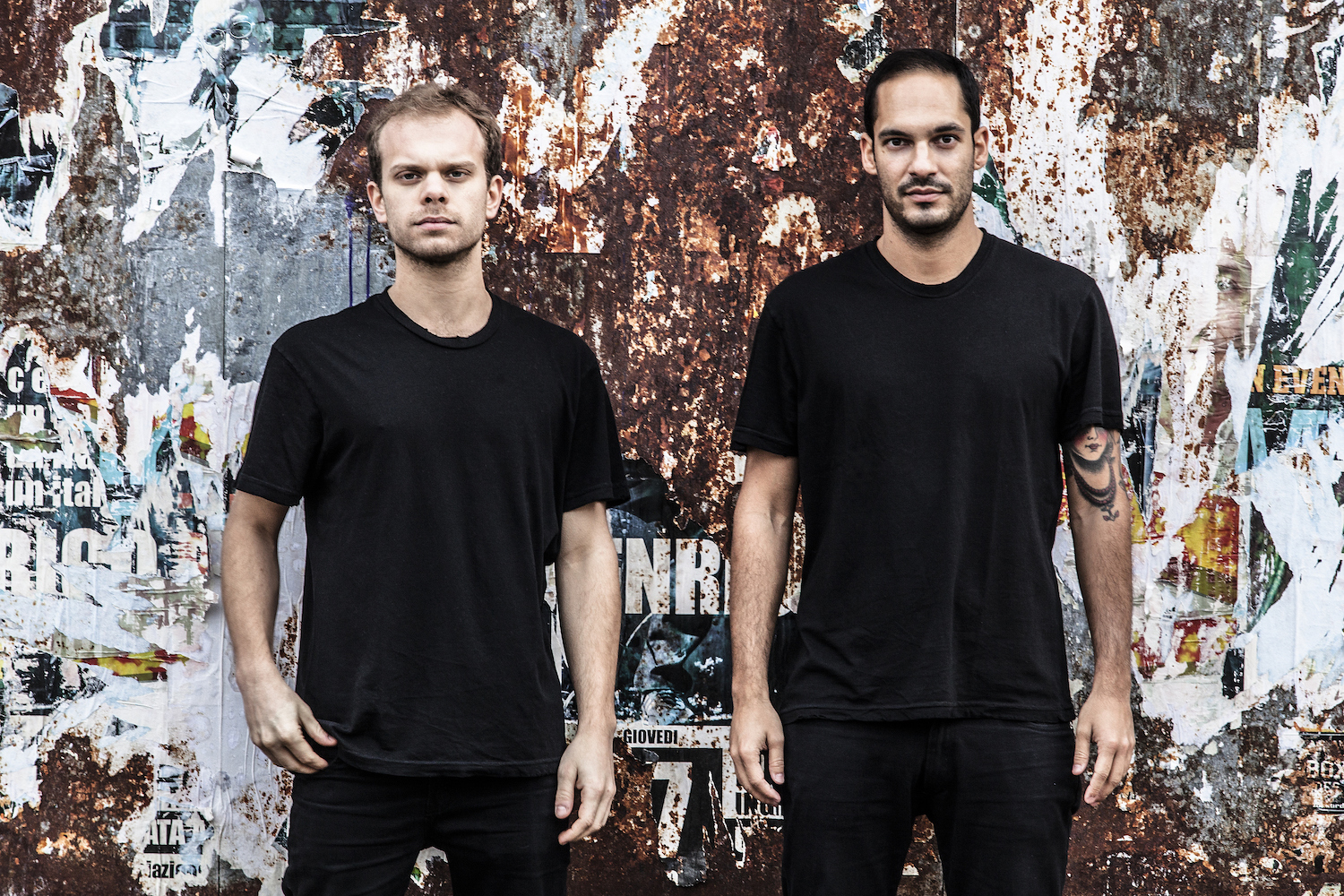 While Emmanuele Nicosia and Martino Bertola already discussed the music side of their Hunter/Game debut (Adaption, available now through Kompakt) on FACT, we thought we’d dig a little deeper and ask the Italian duo to discuss the books, art, and sociological theories behind their striking dance songs. Here’s their complete track-by-track breakdown, along with streaming versions of the entire album and an exclusive video premiere…

We started to produce the album during the hot Milanese summer, so we decided to retreat to a chalet in the Dolomite Alps, near a ski resort closed for the season. The deserted landscape gave us the right dose of inspiration.

It’s also where the Hunter/Game moniker came from—walking alone through the silent nights, in the darkness of the mountains. It just has this profound impact on you, seeing a place that you only know bustling with human activity uncovered and naked, realizing to what extent human presence has somehow contaminated that piece of nature. It’s a place where you go for a walk and can still find fossils, and this precisely where we came up with the concept for Adaptation.

While we spent loads of our time on the mountain side, in a boundless landscape, we had the time to think about our lifestyle and the development of our contemporary society. So we wanted “Declino” to express the adaptation of human beings to the modern metropolis, which is literally degrading into a non-sustainable ecosystem.

“The Path” explains our lives, our emotions, our scars. Basically we wanted to translate our entire story from our childhood on and what we’ve learned until now to express our passion for nature and life through music.

The main inspiration for “Adaptation” is Leonardo Benevolo’s book, Le origini dell’urbanistica moderna (Origins of Modern Urbanism). The book analyzes raw urban experiences, from the first huts to the architecture of a Greek temple to a modern city. It also discusses the necessity of humans to be part of a bigger group. Human beings are social herd animals, in the sense that we need to build our own society around a stratified and complex social life. Hunter/Game’s music and concept are very much related to visual arts and graphic design. We also think music, art, and architecture are related to each other as they’re based on a structure and translated into a dimensional reality. We always try to give a graphic dimension to all our work, from Hunter/Game to the art for our label Just This. We work with many artists and specially with Artiva Graphic studio, with who we developed our approach to a clean graphic language. “Hexagon” is thus a wink to that. Darwin’s concept of evolutionary adaptation—the survival of our species—is central to modern theory. It can also be applied to the evolution of art; artists should know how to use their tools to break the styles and habits of their historical period.

There isn’t a big story behind this track. We made it, we liked it, and decided to include it on the album.

Silver is inspired by Icelandic landscapes, as we made this track with Fanned Osk from the band Kura. The lyrics and mood are about December trees that live alone in a kind of desolate heaven, a different world. In this rough and desolated world an imaginary silver fox is walking alone into the desert territory with no other place to go…

“Ashes” is inspired by the time we’re living in and the expression of a social, metropolitan, and underground movement. Day by day we are living and going through it all together, merging evolutionary art and music day by day. What will remain from our era are ashes, out of which a new one will grow.

The observation of natural events is not allowed in its entirety. It is not possible to know the position and velocity of an electron at the same moment; this is the principle of Werner Heisenberg.

The becoming of things makes the world a perennial stream, hiding the true nature of things behind schemes; in art we think it is the same and by expressing themselves, artists try to bring out the hidden nature of their own art.