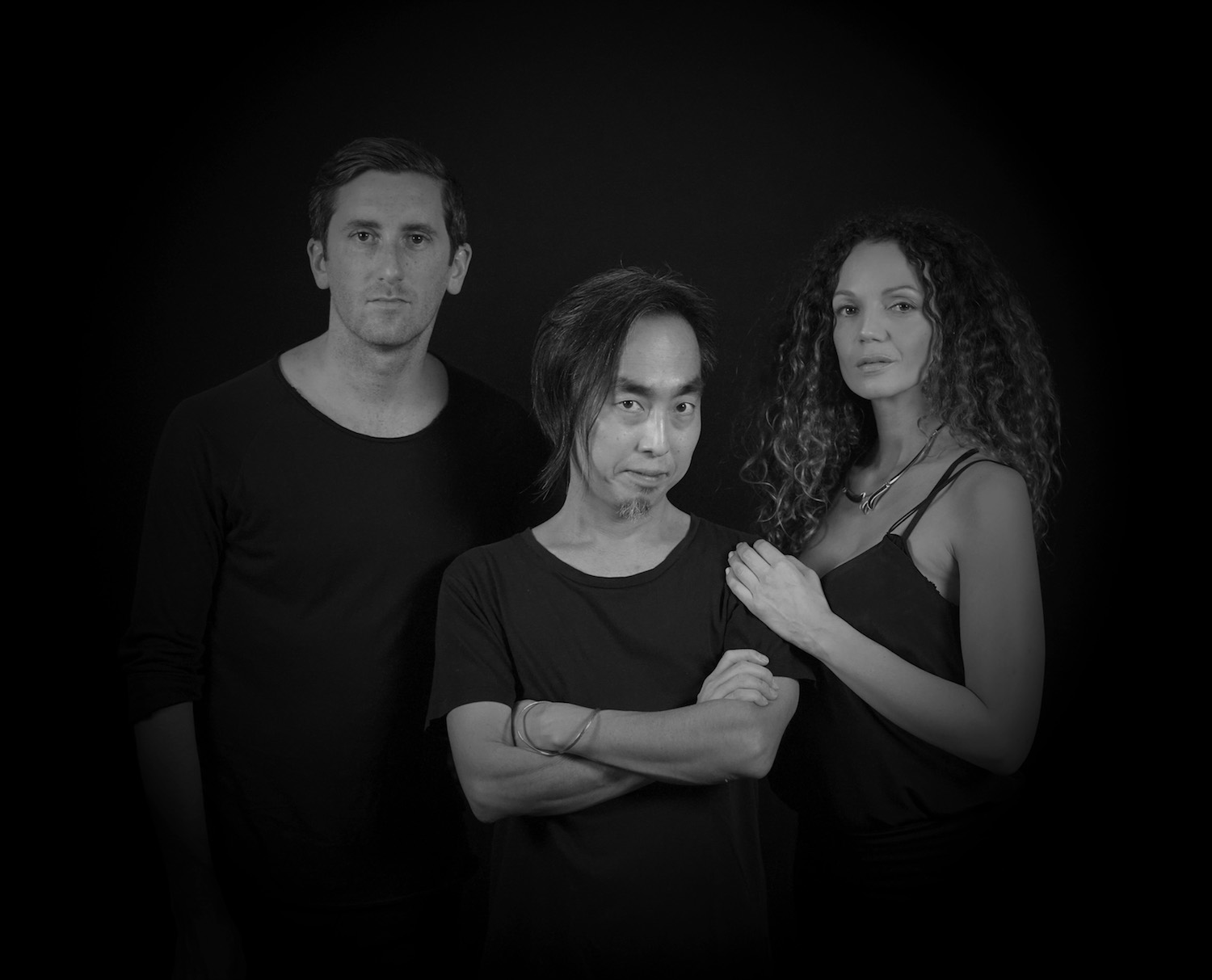 It took producer Mike Shannon and guitarist Takeshi Nishimoto (see also: the John Tejada side project I’m Not a Gun) four years to wrap their second Blue Fields record. Supported by Parisian singer Ilhem Khodja and one-half of the Modern Deep Left Quartet (Danuel Tate, The Mole), Swimming in the Shadows is a heady listen that tackles life’s never-ebbing tides of change, memory, and movement. One that’s worth exploring on a much deeper level.

Here’s what Shannon had to say about the stories behind the ambient-jazz set, along with an early listen to the entire LP…. The original idea for the album title was Swimming in the Shadows of Your Tears. At the time that I started writing, things in my personal life had reached new depths, with my relationship on the edge of a razor and the loss of one of my best friends. The only way I can truly heal wounds like those is to express and to write. So a majority of these works are obviously deeply personal to me.

But this is in no way a concept album of my own darkness; more of a collective reflection of our memories and a redistribution of feelings. Takeshi’s Nishimoto’s role was to accent the melancholy with the sound of hope and transition. Takeshi also brought some compositions to the table that I was able to add atmosphere and space to. The result is something that touches both of us on different levels personally and translates into a timeless collection of songs.

This one was written at a delicate moment in my life, when things seemed very much over in my relationship. The themes at play here are separation and reassurance. Ilhem Khodja translates this theme perfectly with her range and tonality. I started writing this with a processed Fender Rhodes and used my modular synth to create the atmosphere. The brushed drums were played by Miguel Toro with finesse, adding to the tracks delicate theme. Takeshi plays on this almost broken theme while simultaneously creating a sense of hope in the future.

This was written at a time when I needed to motivate myself not to fall into one of life’s traps. I used a Jupiter-6 and a Nord Lead 3 to create the synth layers and atmosphere and ran Miguel Toro’s brushed drums through some serious CV-controlled compression and harmonic distortion. Takeshi soars on this one again, pulling the listener out of the darkness and into the light.

Written back in 2008, when Takeshi and I had first started working on music. I was playing a lot with a tape-saturated sound using a Roland RE-301 Space Echo to process nearly everything. Miguel Toro’s delicate drums also appear in this track, accented with some very particular reversed brushes, a process inspired by a Barry Adamson song that I had heard called “Jazz Devil”.

Another source of inspiration was a Hagakure quote used in the film Ghost Dog:

Our bodies are given life from the midst of nothingness. Existing where there is nothing is the meaning of the phrase ‘form is emptiness’.

That all things are provided for by nothingness is the meaning of the phrase ’emptiness is form’. One should not think that these are two separate things.

Was inspired by a moment in my life where I needed to stop taking so many risks. The devil was on my shoulder telling me to come down the stairs…..

Ilhem really shines on this one with her beautiful harmony and soul. Takeshi really plays a devilish roll in this one with his heavily processed, growling fretless bass. Drums this time were just a Roland 808 running through an Eventide Harmonizer—pitch delays, ’80s style.

This was a late night jam session with Danuel Tate and The Mole that took a very deep turn at one point, bringing things into some territory none of us were expecting. Danuel played the Rhodes, Moog and vocals, while The Mole and I fumbled around with odd drum sounds and effects. Later I did some editing of the multi-tracks but after having my computer stolen in Brussels out of the trunk of the car I had lost the session and the only back up I had was the example file that I had uploaded and sent to Danuel just days before. This is the what we released on Swimming In The Shadows.

Takeshi just came over to the studio, plugged his guitar into my effects rig and just started flowing with this one. I was using a special Phase frequency shifter on this one to give his guitar a liquid-y, psychedelic effect. By far the most beautiful composition from Takeshi on the album.

Shortly after I recorded “The Breeze Through the Floor” one of my best friends suddenly passed away. The news was very shocking and I still had many of the sounds up from the previous session and decided to make a reprise dedicated to my old friend.

My personal favorite on the album. Inspired by a futuristic Neo-Tokyo dream that I had where everything in the city was floating and flying origami. Takeshi’s use of his Dragon Distortion pedal really came through on this track. Really driving his sound as hard as possible and pushing things over the top.

Previous Will Long On… The Songs That Shaped Him, From Grace Jones to Muslimgauze
Next Metalized Man Shares Trippy New Tune From His Debut Album