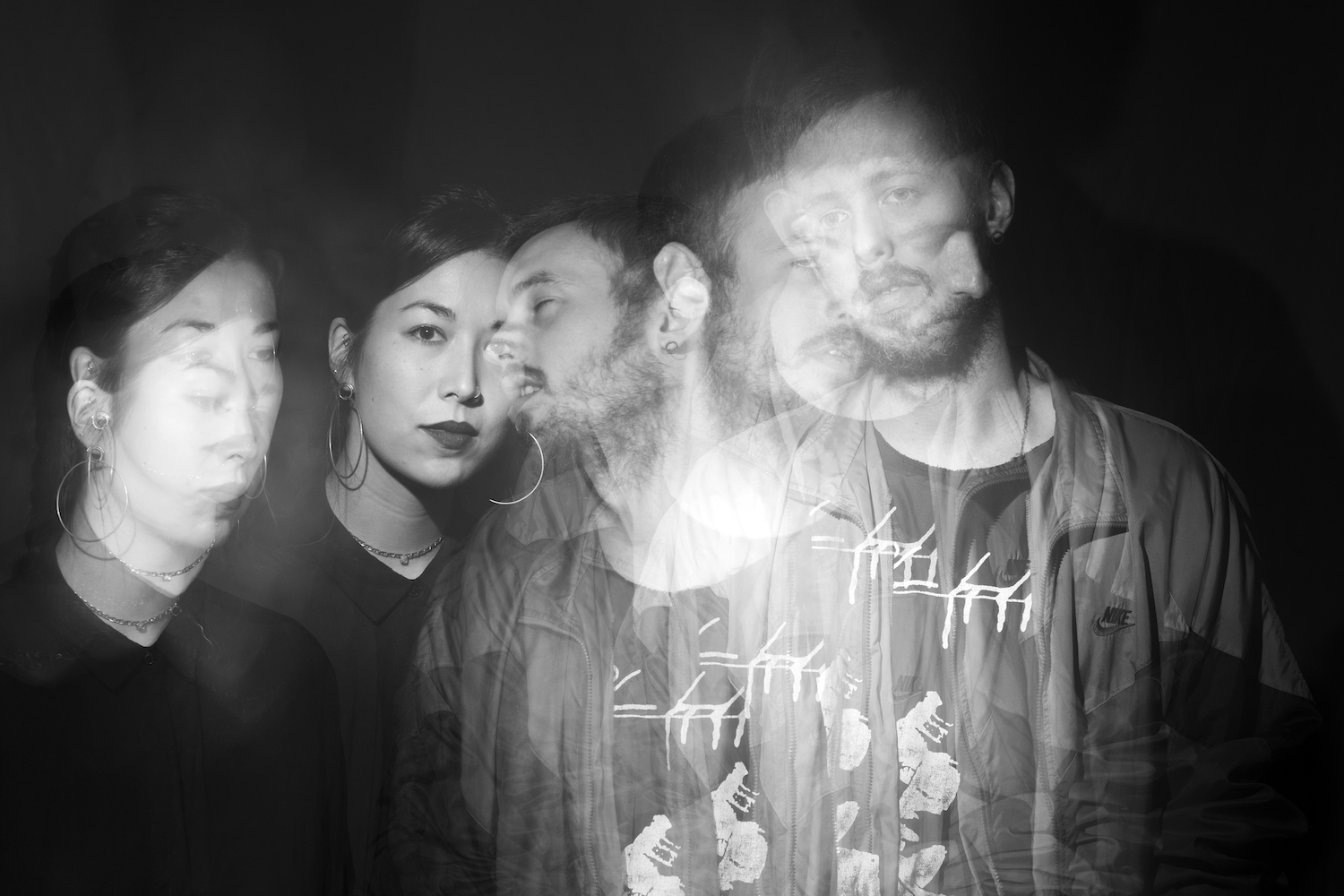 Seeing as how we’ve still got at least six weeks of winter left (thanks for nothing, Punxsutawney Phil), we can’t think of a better time to introduce LACHANE. First heard on a split with Liquid Skulls nearly three years ago, the project has gone from being the shadow-boxed solo outlet of Melissa Cha to a head-on collision between her steely beats/magnetic vocal melodies and the liquified guitar licks of Ryan Garl.

Check out the Brooklyn duo’s Holodeck debut a day early below, along with a track-by-track commentary and a couple video clips. New Yorkers should also clear their schedule next Friday, as that’s when LACHANE will be unveiling their live show as part of a release party with Weeping Icon and Soren Roi….

“CRAMP”
When you realize external forces have alienated you from all that you do.

“TRILLAPHON”
When you can see everyone at the end of a very long steel pipe and they call out to you through it, but the words comes back distorted and metallic.

“BODIES”
When violence alleges itself.

“IDEAL-I”
When a role is violently imposed on you, so you perform new identities to obfuscate your enemies.

“THIS CRASH”
When you revel in your own dispossession and it makes you nauseous.

“YELLOW DUST”
When the consequences of our collective actions always seemed to disappear into an invisible oblivion, but then suddenly materialize before you in the form of a giant death cloud.