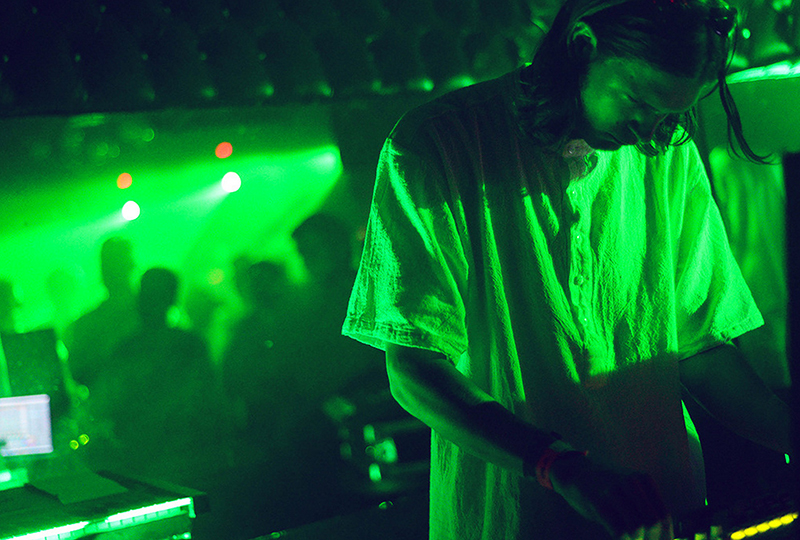 A few months back, we named Posh Isolation our Label of the Month, citing the simple mission statement its maintained for the past five years: releasing solid records, whether that means a couple soothing sides of ambient techno or a torrential downpour of earsplitting noise. The former is one way of describing the solo debut of Mischa Pavlovski, although Kapitel certainly has an underlying sense of tension bubbling just beneath its surface.

In the following exclusive, we stream the producer’s LP in full, along with his thoughts on why he’s shifted from playing in punk/metal bands to writing a record that wouldn’t sound out of place on Chain Reaction in the mid ’90s…

I started this project in 2012 after listening to techno and electronic music for many years. At the time, I had only been involved with playing punk rock and black metal and really felt the urge to try producing some stuff for myself. I had no experience with producing electronic music whatsoever, so I spoke to one of my friends who were really into all kinds of electronic music making. We talked a bit about what kind of music I wanted to make; I really liked dub techno at the time and just wanted to experiment with some different genres. He told me to download Ableton, a good “all around” DAW.

I got hold of the program, and started a project. After some time trying to make dub techno and just messing around with all sorts of genres, I found out that I was quickly bored trying to make music in a fixed frame or genre. So I eventually gave up, either because I thought it wasn’t good and never will be or maybe I’m just not an electronic music producer.

After some time, I couldn’t really give up the thought of making some electronic music, so I sat down with the intention of making something I simply liked and thought sounded good. That was the start of this project; I quickly found out that I was really happy doing something I was satisfied about myself.

I have always listened to classical music and was inspired by the symphony Peter and the Wolf by Sergei Prokofiev. The symphony was a request from the Russian government, asking Prokofiev to write something that could teach children in school about classical music. The thing that inspired me was the symphony’s story. All the instruments play a role; the birds are the voice of the violins and the fox is the oboe and so on. I really liked the idea of having a story linked to the sounds of instruments. I thought that I would make a “soundtrack” to a story that didn’t exist and that’d let the listener attach their own characters to the sounds while laying down with closed eyes listening to the music.

Aside from thinking about all these concepts/ideas and what not, I’ve really tried to integrate the sounds with moods, atmospheres and feelings that I have experienced through experimenting with the psychedelic world and its universe. I am glad I did this, that it has become a record and stands as a finished project itself. I am currently working and experimenting with new ways of making music, integrating some hardware sound into my production.