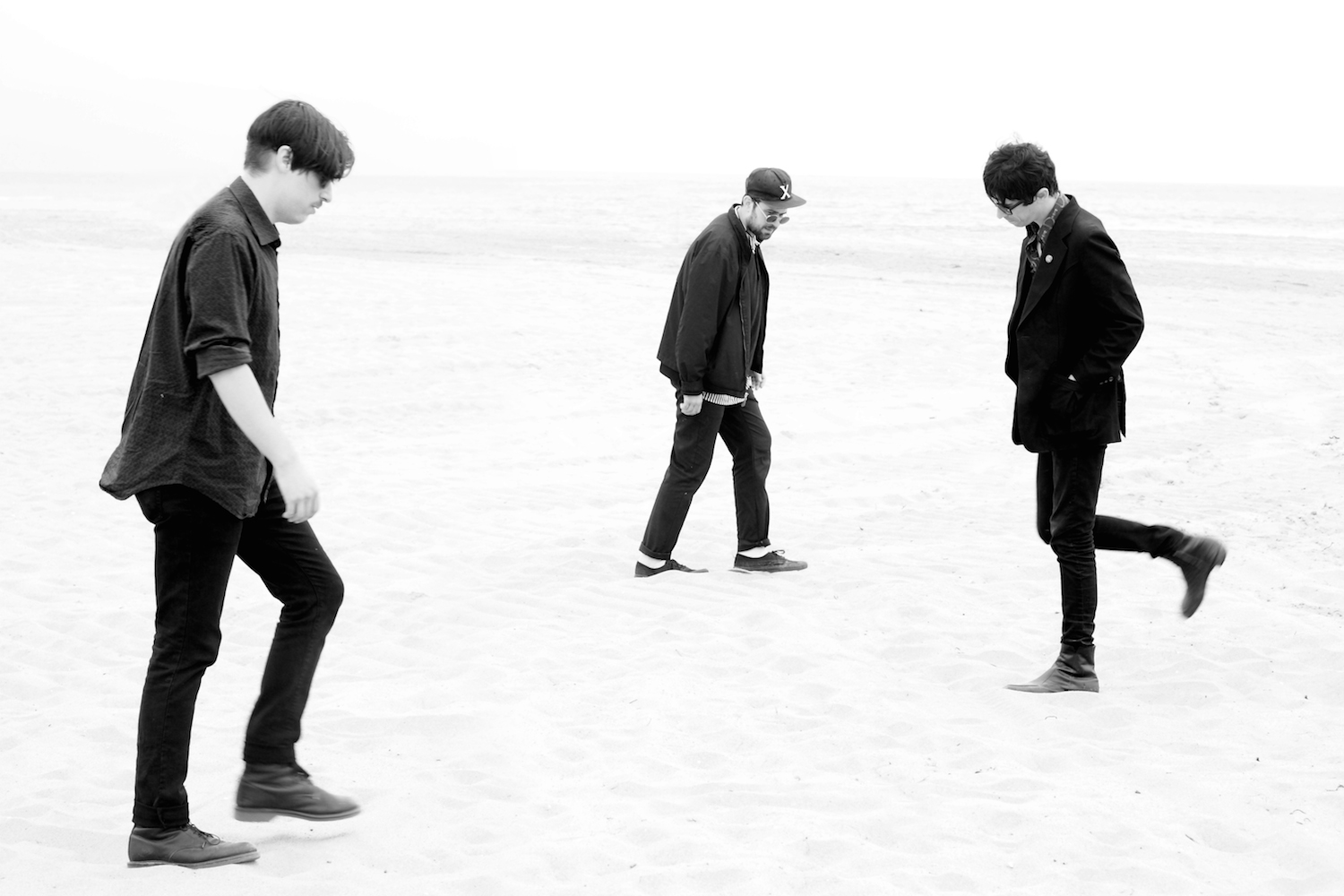 Having premiered the lead-off track from YOU.’s Sunchaser LP earlier this month, we now present the rest of the record, a luminous listen rooted in the poison-tipped synth-pop of frontman Trever Millay and keyboardist Brad Taormina and rounded out by the robust riffs and rhythms of guitarist Scott Kiernan and bassist Lee Lichtsinn. And while it took a year and a half to write in three different Brooklyn studios, the end result is seamless, recommended for nights spent staring into the abyss.

Stream it in full below along with Millay’s track-by-track commentary, or head over to Dais Records to grab the vinyl version that’s out today…

“FERAL”
This was written in the spring of 2013 in the second studio we had, shortly after Scott Kiernan joined the group as guitarist. We were going for a fast, more pop-orientated sound and structure, with a simple beat running through heavy tape delay and reverb. The lyrics reflect on staying true in a year filled with insane ups and downs… taking the time to appreciate the small things that are so easy to overlook and loving each other more.

“SOLUTION”
Written in the summer of 2012, the song itself was inspired by utopian theories and an interest in social engineering. You can definitely hear a shoegaze influence in its sound.

“GET PAID”
Written in the spring of 2012, this song came together in minutes and unexpectedly became one of the more powerful tracks on the album. It’s about struggling in the face of fear and becoming numb because of it, over and over again.

“BREAKING COLLAPSE”
This was the first song written for this album, in the spring of 2012. It’s a personal one, about a son’s relationship with his mother.

“SUNCHASER”
The title track on the album. It really came together with the addition of Scott’s unique guitar, and in return brought a lot out of me lyrically.

“EXTREME GAMES”
This was one of the first songs where we all started to come together with Lee on bass, and the point at which we started writing as a four piece. The dynamic between us has only grown from here. Lyrically, it’s inspired by feeling completely detached from my own life—watching myself lose control and observing the outcomes from afar.

“GROW YOUNG”
One of the earlier songs written for the album. We love to play this one last live, and it also felt like the perfect song to end the album with. “Grow Young” is a nostalgic song that ultimately concludes that sometimes we need to let go.