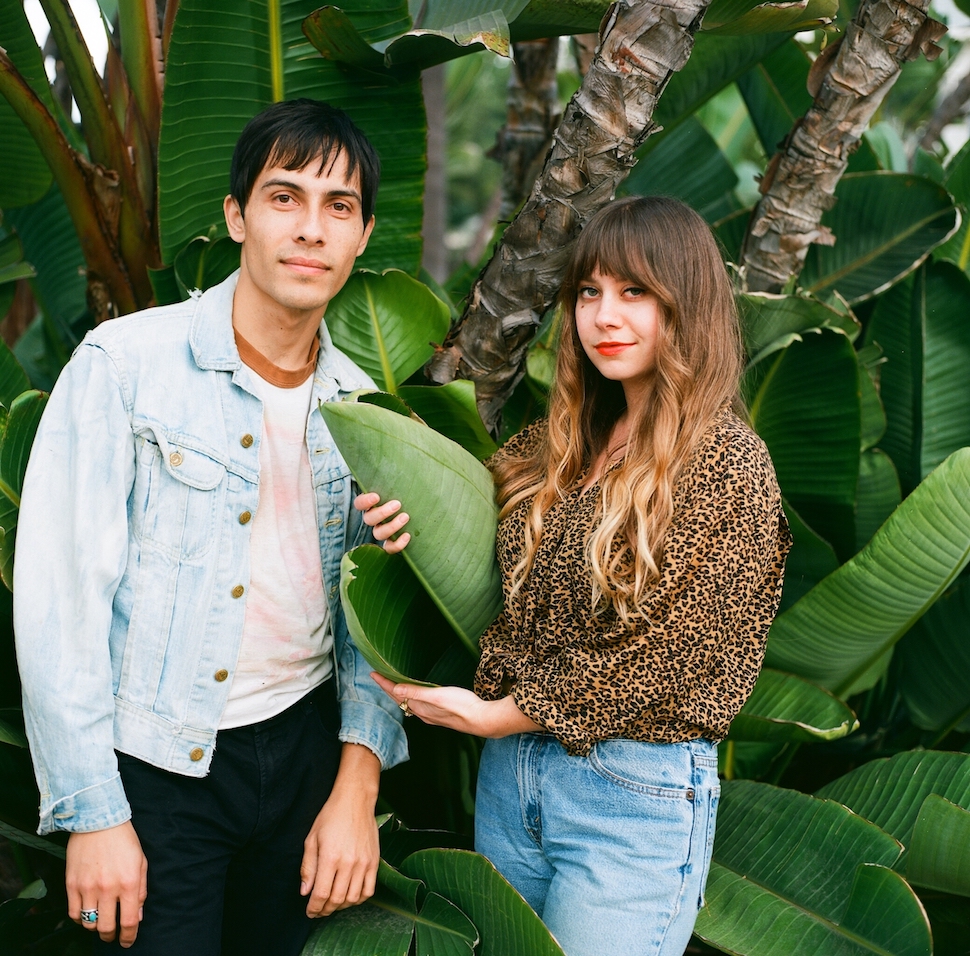 It’s kind of fitting that Pageants’ debut album is called Forever. After all, core member Rebecca Coleman launched the lovesick project way back in 2010—soon after splitting from Avi Buffalo—and nearly wrapped its maiden voyage a few years ago before putting the whole thing on hold. The break worked for everyone involved, however. While Coleman’s songs only got stronger with time, her musical and romantic partner (engineer/multi-instrumentalist Devin O’Brien, also of Avi Buffalo at one time) got tapped for a newly vacant bassist slot in Cherry Glazerr.

“The songs all kind of deal with adjusting to real life,” Coleman explained in an i-D interview last year. “My hometown is Long Beach, so it’s about coming home after everything and figuring out what I’m doing…. I had to get a real job, which I’m not mad about, but clearly I’d love to just be a musician. Personal stuff like that.”

Here’s a closer look at the entire LP, along with an exclusive stream right before the record’s DIY-or-die release on Eye•Dull this Friday….

“LINGR”
Forever starts off with this track I wrote on a little battery-powered keyboard. I really prefer, and essentially only write, songs in my bedroom. I wrote this one on my bed after some intense feelings were creeping up on me regarding someone really important in my life. I tend to write about several different things within a song, and this one is sort of a combination of sad song, mad song, and love song, all in one. Regardless of the meaning, the dreamy vibe of this one always makes me nostalgic for when Devin and I were first tracking this record at our home studio.

“CACTI FOR CLOTHES”
“Cacti for Clothes” was one of the first songs I wrote once as Pageants. The lyrics start off with a bit of sass. I used to hang with someone who was really trying to be a cool guy and I felt like I could always see the wheels turning in his head. It gave his whole demeanor a really lackluster vibe. The lyrics go on into a darker zone, where I acknowledge a lot of external conflicts I had going on at the time. No biggie; just wearin’ needles for shoes and cacti for clothes.

“FREE”
Sometimes I feel like I don’t fully know what I’m writing about until way later. This one is very much that way. Looking back, I think I was reflecting on how I felt trapped in a relationship and a job that wasn’t right for me and how I found my way out. For me, the grass really was greener on the other side, but the resentment I held regarding the situation triggered me to write this song. Although there’s a heavy contemplative vibe in this one, it’s also a total love song about finding the person you’re supposed to be with.

“SO COOL”
I came up with this one after having a weird dream. I wrote the chorus right away on my Mustang, then bopped over to my lil’ keyboard and added a disco beat. I absolutely love the bass and guitar Devin laid down on this one; it makes me want to do a little dance every time I hear it.

“NO WONDER”
This track is pretty drama. It’s about finding out something incriminating about someone I knew who had done me dirty and not being able to tell anyone about it. I knew that something was up and when I found out the dramz I just thought, “…. No wonder.”

“CHAI (חי)”
Chai means “life” in Hebrew. I wrote this song when I was feeling very “meh” about adulting and adjusting to real life post touring. Being on the road is pretty productive, and once I was back at home I felt, at times, like I was literally going nowhere. At the point when I wrote “Chai” I wasn’t obligated by anything other than the couple of odd jobs I had, and felt like I’d get my shit together eventually, but… later. I wrote the keyboard part on a hand-me-down Casio during a little jam with Devin. Later on, I came up with the melody, etc.

“MUSINGS OF THE TIDE”
When I was little I used to half-believe that I was in control of the tide. I would go stand in front of the ocean and do a sort of magic in and out arm motion, and when I got the timing right, I thought, ‘Wow, I’m really doin’ this thing.’ This song is sort of a tongue-in-cheek reference to that witchcraft. I wrote it at a time when my future was a lot of question marks, and I halfheartedly reassured myself and regained some control by way of my all-knowing inner tide queen.

“DEEP RING”
Welcome to the saddest song on the record. I was fresh out of leaving a band I was in for a while, and boy were the emotions swirlin’. Devin was still out on the road with the band I had left and I was just feeling some major feelings. However, on a lighter note, I did write my first guitar solo for this baby.

“CALICO SUNRISE”
My old lady cat baby is Calico and is around for every demo I record. Sometimes I have to kick her out because she meows a ton whenever I sing/she hears music. (She’s a huge fan.) The melancholy vibe of this one felt like it called for a sunny visual and August’s coat was the perfect inspo. A jangly solo via Devin closes out the record and it couldn’t be more perfect.