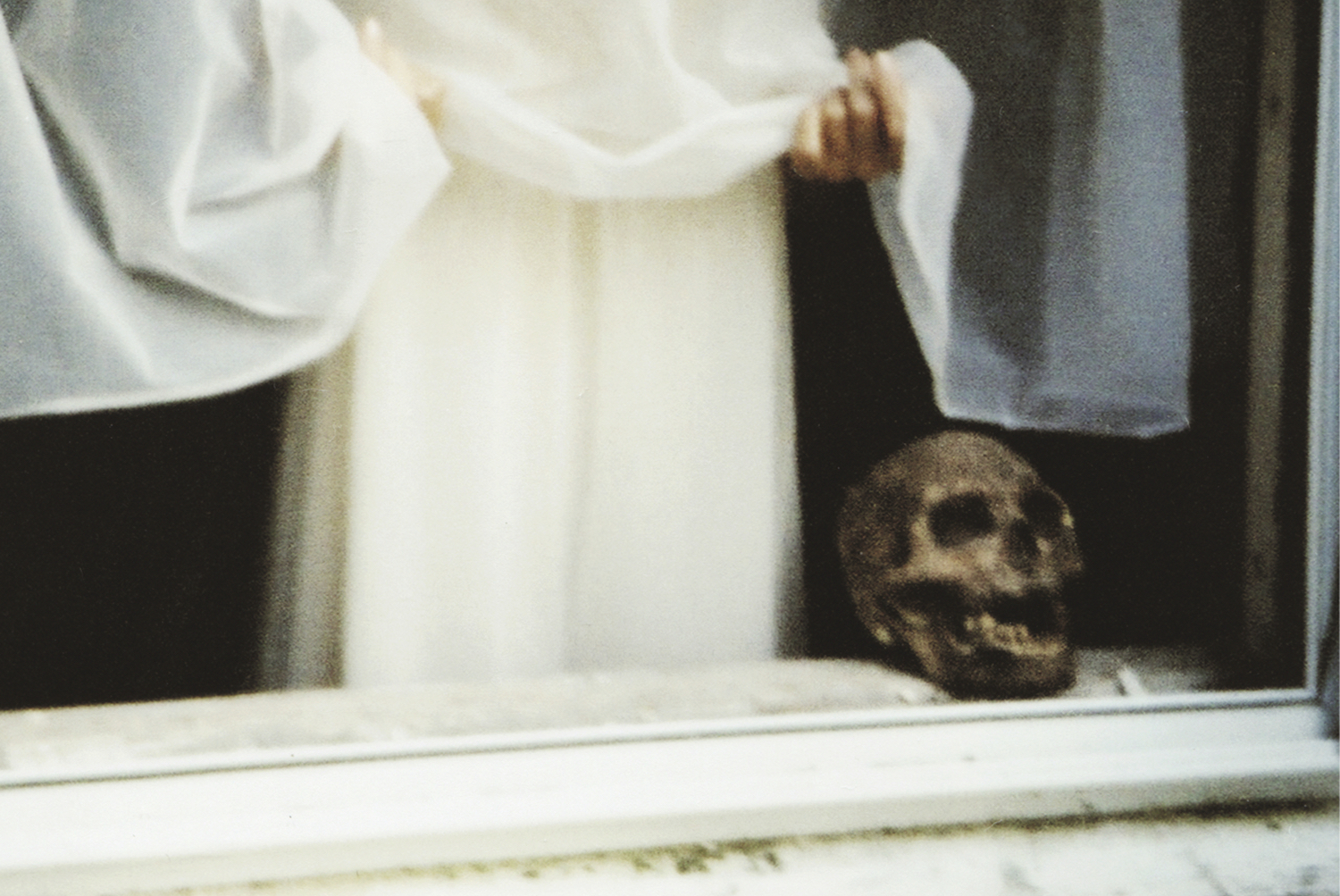 As you can probably tell by the grainy skull and abstract apparition on its sleeve, Void Transcripts explores the more experimental side of Parachute Records. Lots of dark-ambient directives and creaky drone cuts, in other words, a move towards making “meditative and hypnotic experiments in found sounds, modular synth work and guitar tones.”

While the Milan imprint is rather secretive about the aliases involved with its compilation, everyone was happy to share the stories behind their songs. Here’s a track-by-track breakdown; look out for a vinyl pressing of Void Transcripts and its more club-friendly foil Fabric Safety Apparatus Vol. 1 (featuring Parachute’s own Avatism and Clockwork, M_REC’s late founder Max_M, and more) on July 27th…

HOUSE OV LEAVES – “A SAFE HAVEN FROM THE PROBLEMS OF THE REAL WORLD”
Working on Void Transcripts was liberating. The idea behind this collection was to work on music without any specific rules and I believe “A Safe Haven…” reflects this freedom. Hopefully this is just the first of many similar experiments to come.

BLUE MOUNTAIN CLUB – “HE HAS PLANS FOR YOU”
It’s satisfying to be able to let out something you felt you wanted to do for a long time and finally get round to doing so. This is what “He Has Plans For You” should resemble, a trip into self-evaluation generated by freedom of expression through the use of conventional and not so conventional means.

AT VILANDER – “THE SUBLIMINAL SENSE OF ABSORPTION”
The smooth and organized decadence of the North American mid-class, bigot and narrow-minded families of the late ’60s have always attracted me. This is how it sounds to me.

DEAD HEAT – “DEDICATION”
This track was recorded in Berlin, in my home studio. “Dedication” was actually meant to be a self-dedication, or even better: it was like creating time, space and sounds totally dedicated to myself after many years of working and producing with other people. I started working on “Dedication” when I was listening for the first time to some new records I got from Schallplattenzentrale in Münich. Once back in Berlin, I started listening to these crazy field recording albums from Africa and there were so many interesting elements! So I ripped the record and started to mess around with what I had previously sampled, then I played another record I bought and I did the same, over and over again. After that I just played a rhodes with a simple harmony. Thats’s about it.

D1T1 – “001”
Recorded in 2008 and inspired by each city I have been living in, I produced different soundscapes each time. Years back I ended up in Berlin, where it did not matter whether it was a synthesizer I was patching or just generative sounds I hard coded. What mattered was to push everything I had to the limit; my patches, my CPU, my speakers, my ears and definitely my neighbors.