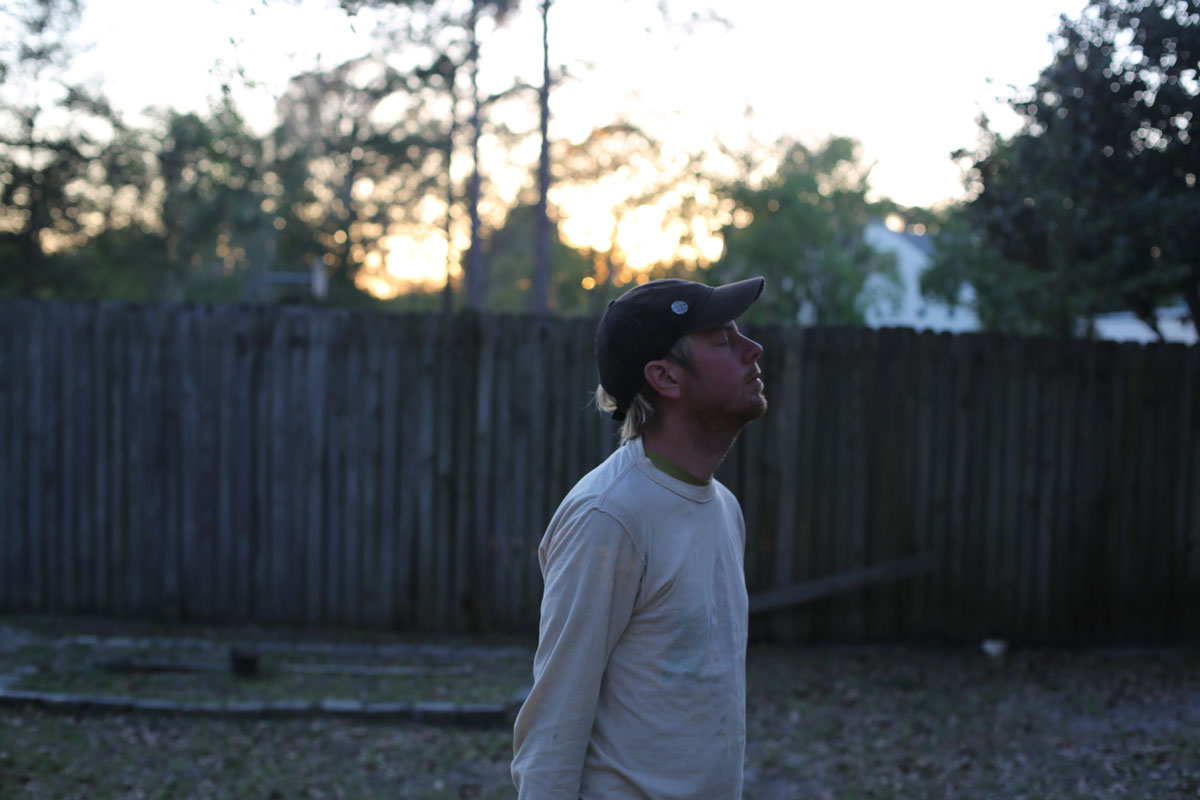 We’re still not sure how Jeffry Astin did it outside of some divine intervention, but the Housecraft label head was recently able to recover Bhsaaveaegi, a record that was reported all-but-lost in a hard drive crash 13 years ago. Unlike the underground artiste’s many self-released cassettes, it’s getting a proper vinyl pressing via Elestial Sound later this week. Here’s an early listen, along with Astin’s track-by-track breakdown, which skirts around such heavy influences as “the DEA, Air Force, aliens, implants, inter-dimensional possession/channeling, gun/drug trafficking, death threats, CIA, tele-mobility, psychic/electric disturbances and damage, and the dream police.” Get into it…

“JET, AMBER, JADE, IVORY”
One of the first ambient pieces I worked on in Lakeland, FL. My sister was inspired and provided vocals and general direction. Synth and guitar were used; also field recordings in our yard.

“DUST AVATAR, HAZE OF JEWELS”
After a severe head injury I moved to Norfolk, VA. It was recorded with guitar and vocals.

“THE WINDING PATHWAYS BETWEEN THE LEGS OF TABLES AND CHAIRS”
Also in Norfolk. I was silent for weeks, recording everything I could with a MiniDisc. Bass guitar was also used for subtle layers.

“HAIR SPUN GOLD”
Jonathan Coward came to visit me during this time. We were listening to a lot of La Monte Young. Feeling inspired, we made a piece with bowed guitar and bass.

“SAUM / IT IS FROM HERE THAT THE DEEP BLUE GREEN TRANSPARENT SEA OF TWILIGHT COMES DOWN”
This track took over a year to complete. It started in Florida and ended in Norfolk. Mostly field recordings, meticulously composed. Vocals and strings were also heavily in the mix. I wanted to create a simulation of ego loss and transcending states. Chaos to bliss.

“MOON SYLLABLE”
Just a brief experiment fast-forwarding through guitar recordings on a MiniDisc. The result was satisfying.