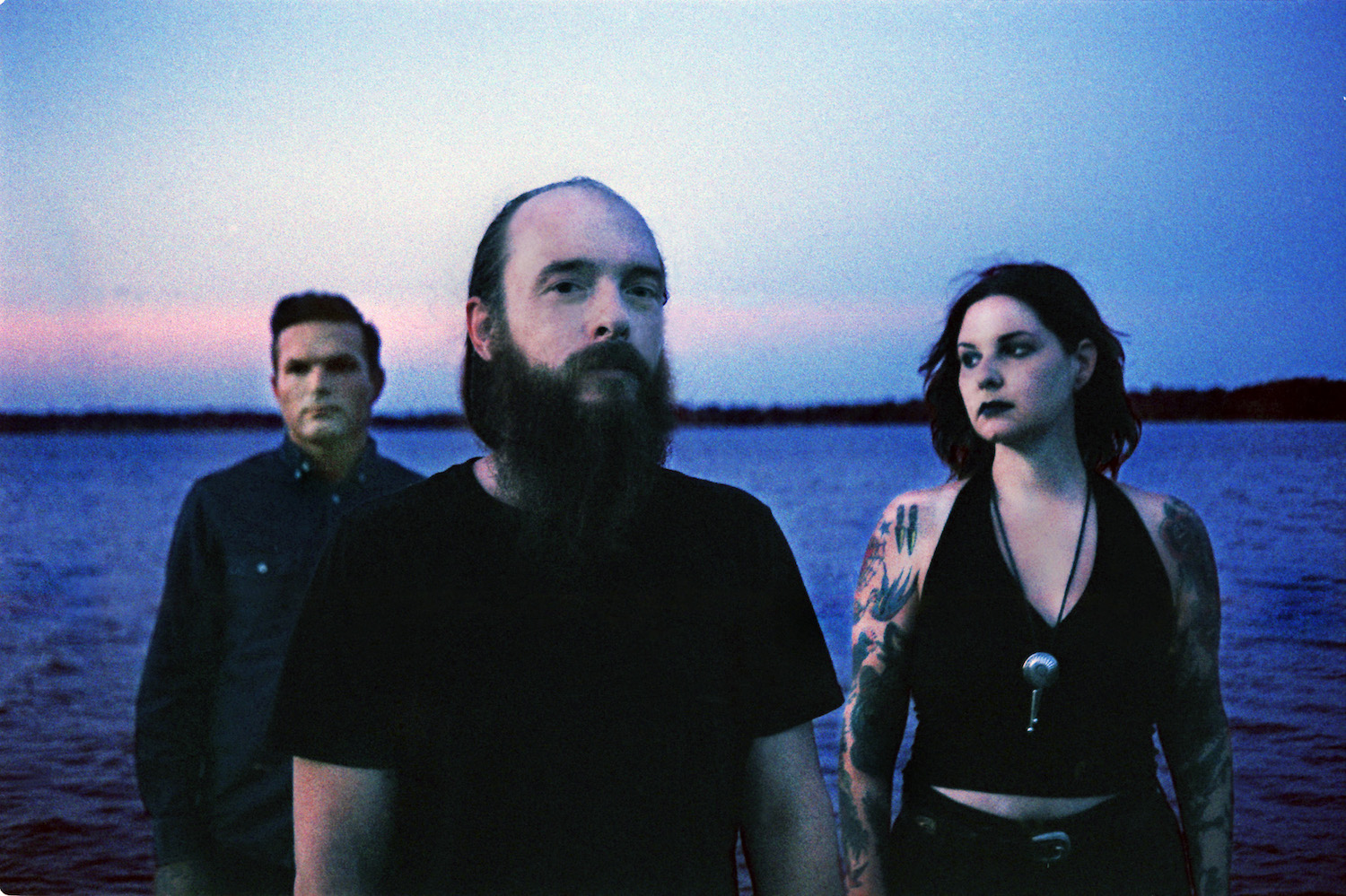 In case you’ve been too busy Tweeting to notice, Nothing isn’t the only band pushing the boundaries of blissed-out rock music on Relapse. Also expanding the label’s rep well beyond the metal realm is True Widow, the guitar army behind this week’s Avvolgere LP.

Check it out a couple days early below, along with a track-by-track breakdown by drummer Timothy “Slim” Starks…

“BACK SHREDDER”
One of the meaner songs we’ve come up with. I really like the movement of the guitar. I remember it felt very easy to record and set a great tone, so it made sense to have it kick off the album.

“THEURGIST”
Stood out to me the very first time I heard the main riff. It has a vibe I’m really down with and it’s super fun to play live. Plus that soft ending gets you.

“F.W.T.S.:L.T.M.”
This one is super crispy! It hit me hard during the demo session and has continued to grow into one of the more personal songs on the LP for me. The steel guitar has great focus and I love its intentions, as well as the dueling vocals. We made some pretty unforgettable memories shooting the video.

“THE TRAPPER & THE TRAPPED”
Has some of my favorite vocals on the album. Really like the way everything beefs up towards the end. Remember hitting the drums so hard while recording that my headphones were pretty much worthless.

“O.O.T.P.V.”
My most listened to song off the album up to this point. Really happy with all the drum tones and love how deep the guitar cuts. Also feel we created a really cool rhythm sludge that has great definition. It’s one of those songs that feels like it’s just supposed to be. “ENTHEOGEN”
Straight up sonic sorcery! The guitars create a great tension and I really like how it bares its fangs during the third verse. Plus I’m a fan of how the lyrics transition between personal and universal. Also remember this one being super fun to record.

“TO ALL THAT HE ELONG”
Reverb, reverb, and more reverb. The old adage of keep things simple proves to still be solid advice even after all these years. [Singer/bassist] Nicole [Estill] came up with a bit of a sonic detour that fits into the flow of the album beautifully.

“SANTE”
Who doesn’t love a good jailbreak song?! Might seem like it was insightfully created but was actually very loose coming together.

“GREY ERASURE”
Calm but afraid, something is out to get me….

Another song where I instantly fell in love with the guitar tone as well as how complementary the bass line is. Plus I’m a fan of how relentless the ending is.

“WHAT FINDS ME”
Last but definitely not least, this one for me represents the band at our most natural and eased. Without intention it could also possibly be one of our most emotional songs as well. It’s a great counterpoint to “Back Shedder,” which made it the obvious choice to close with.