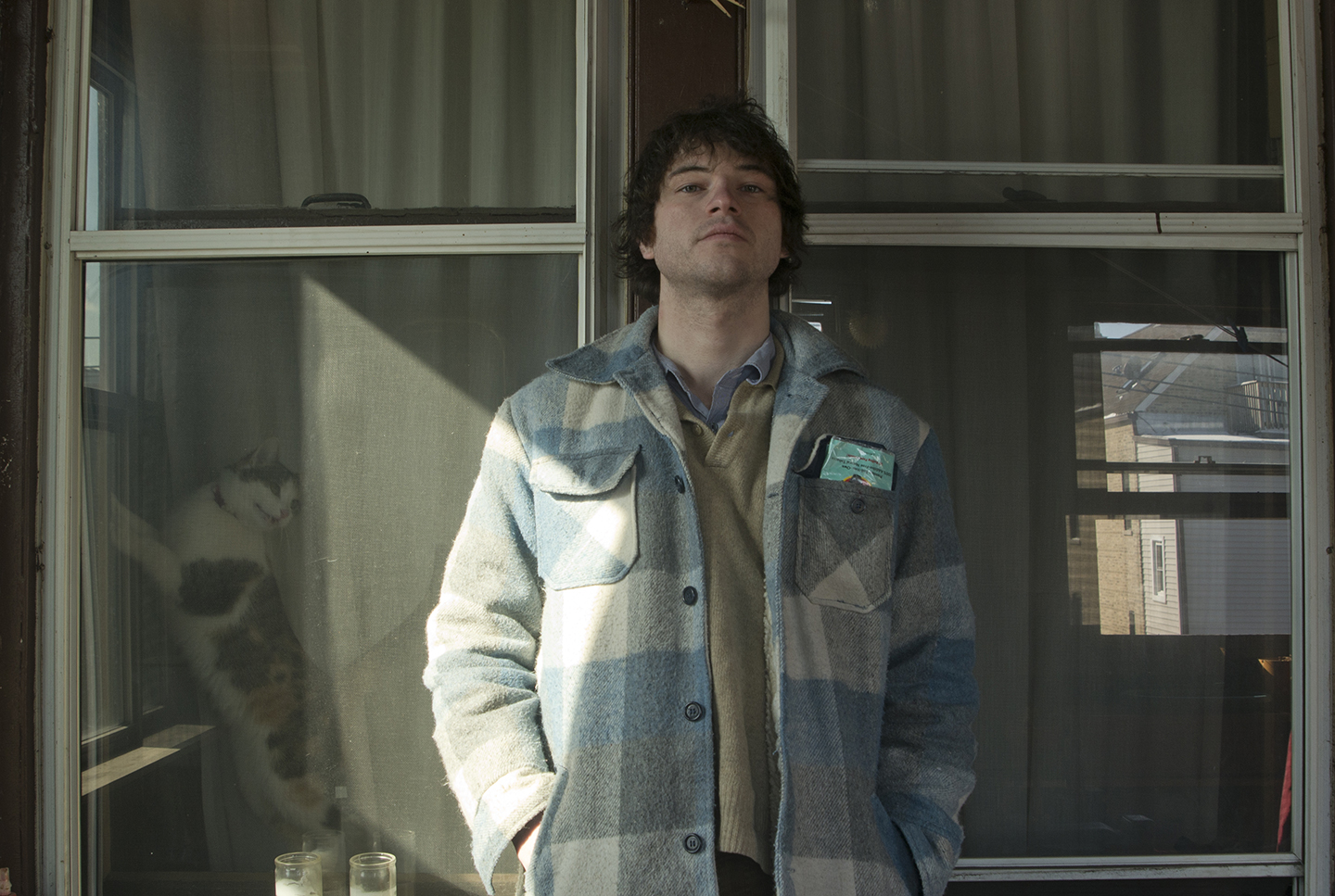 When our editor spent the day with Cloud Nothings last month, the one artist they couldn’t stop talking about was Ryley Walker. Not just because they’re taking him on tour and felt obligated to give the singer a shoutout; the band appeared to be genuine fans of Walker’s mesmerizing folk music, an older-than-his-years (24) amalgamation of admitted guitar heroes like Tim Hardin, Tim Buckley and Bert Jansch. In fact, the one South by Southwest set they could all agree on was Walker’s. Never mind the fact that they’re about to see him every night for two weeks straight.

In the following exclusive feature, Walker walks us through his debut album (All Kinds of You, available next Tuesday through Tompkins Square) and shares it in full for one week only…

“THE WEST WIND”
Here we go—a real burner to start. I really like everybody’s performance on this tune. Wrote this while I was living in a closet space and I’m real proud of how it turned out.

“BLESSINGS”
Song about loss. Real nice viola playing from my friend Whitney Johnson on this one. Real Bert Jansch LA turnaround vibes. I heard LA turnaround was a type of speed Bert and his band would take. Can anyone confirm this story?

“TWIN OAKS PT. 1”
A nice shuffle to ease your mind. Good time to roll a fatty on your Gerry Rafferty LP.

“THE GREAT RIVER ROAD”
Driving through the Midwest is a bleak experience. So boring. Any head who travels or tours a lot knows the pain. Even the rest stops are dull. No freaks selling BBQ from an El Camino. No Indian jewelry. Just alien kids begging for Burger King Big Kids meals. All that said, there is a very nice driving route called “The Great River Road” along the Mississippi River through Wisconsin and Minnesota. It’s really beautiful and inspiring, and I love it. Psychedelic hawks, roaring waters, heady cheese shops, and pancake houses where everybody stares at you and your wooked out crew with a mean mug. Highly recommended.

“CLEAR THE SKY”
Song about some chick, mushrooms and the Shenandoah Valley. One of my favorite zones in the country.

“TWIN OAKS PT. 2”
Chopped and screwed version of “Twin Oaks Pt 1.” I recorded this very early in the morning. I tuned the D string up to an E for this song and I kept breaking it over and over because I’m a dummy. It all worked out in the end though because this song kinda rips.

“FONDA”
Yeah, this one. Probably my favorite. It’s real sweet. MVP definitely goes to Ben Boye, who plays piano on this song. We did it in one take and wrote it in the studio that day. Kind of has a feel good Davey Graham Hat-era vibe. Far out but way in. My mom likes it too.

“ON THE RISE”
A song about my certain death? Just kidding; I’m gonna live forever. Real downer but I was feeling bummed about many things in life. I came out on top though because that’s what I do. Really cool guitar action going on here.

“TANGLEWOOD SPACES”
Last tune. To be honest, I was real inspired by Nathan Salsburg’s guitar playing for this one. I like his phrasing and melodies a lot. Obviously, the dude is 10 times the maniac I am on guitar, but I really wanted to close the record out with something real sweet—a jam that brings you back home and feels good to stub your joint out to. Thanks for reading.