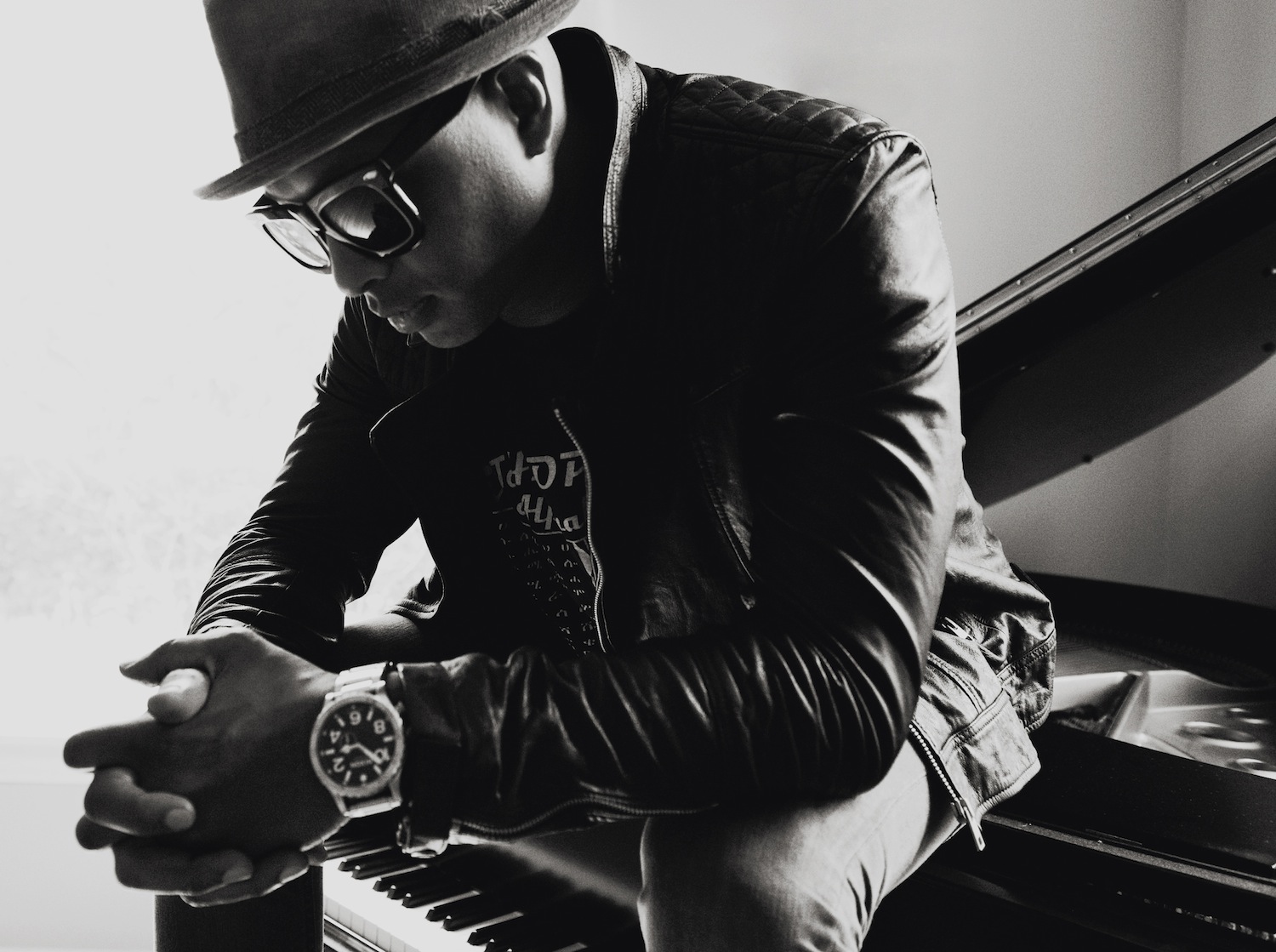 We recently asked longtime Neptunes collaborator and chameleonic avant-pop star Kenna to explain the second EP in his Land 2 Air Chronicles II trilogy, the Chad Hugo collaboration Imitation Is Suicide (Dim Mak). He didn’t send a simple track-by-track commentary back, however; true to form, whether he’s working with Wiley, Mark Ronson, Clipse, Lupe Fiasco or MySpace—Kenna helped relaunch the site right alongside his other close friend, Justin Timberlake—the singer/producer gave us an essay, the kind of thing you’d write in a college class about The Meaning of Pop Music.

Check it out in full down below, and look out for the final entry in Land 2 Air Chronicles II, a sparring session with RJD2, this fall…

Ralph Waldo Emerson said it in “Self Reliance.”  Here is the passage:

“There is a time in every man’s education when he arrives at the conviction that envy is ignorance; that imitation is suicide; that he must take himself for better, for worse, as his portion; that though the wide universe is full of good, no kernel of nourishing corn can come to him but through his toil bestowed on that plot of ground which is given to him to till. The power which resides in him is new in nature, and none but he knows what that is which he can do, nor does he know until he has tried. Not for nothing one face, one character, one fact, makes much impression on him, and another none. This sculpture in the memory is not without pre-established harmony. The eye was placed where one ray should fall, that it might testify of that particular ray. We but half express ourselves, and are ashamed of that divine idea which each of us represents. It may be safely trusted as proportionate and of good issues, so it be faithfully imparted, but God will not have his work made manifest by cowards.”

So, in that spirit of not being a coward, I won’t kill myself by not acknowledging my influences. This EP, Land 2 Air Chronicles II: Imitation Is Suicide, gives credit where credit is due.

The thing is, I know I am an original. Type O blood. O for Origin. My life experiences mixed with my influences make up the music that I create, and the voice that you hear. Both the experience and influence make up our life’s DNA. Not claiming one or the other is just weird. Right? This part speaks to influence for me, whether it is divine, or on earth, we have to recognize what impresses us and changes us. “Not for nothing one face, one character, one fact, makes much impression on him, and another none. This sculpture in the memory is not without pre-established harmony. The eye was placed where one ray should fall, that it might testify of that particular ray. We but half express ourselves, and are ashamed of that divine idea which each of us represents.” —Ralph Waldo Emerson

My name is Kenna.  Being a creative is what drives me, and keeps me alive.  Music is my life and I am testifying that my influences and life have given me my aspiration. The aspiration, as beautiful and terrifying, is to be heard and to give as much as I can with the gift I have been given.

Land 2 Air Chronicles II: Imitation Is Suicide is the second installment in a 3-EP series that leads up to my Songs For Flight album in 2014. The series is designed as a musical storytelling mechanism to bring a dream into reality. I was influenced by re-reading Emerson’s “Self Reliance,” and it led to the creation of this series as a runway to the vision of launching Songs For Flight (which will be my third full-length album).

L2A I began the series and is about the initial need to assess where you are, break the chains that limit you and literally imagine the dream within to beginning to fight for it. That was titled: Chaos and The Darkness. (If you haven’t heard it, I’d love for you to start there.)

L2A II: Imitation Is Suicide (IIS) is about acknowledging your influences because they shape your perspective and voice in life. We are unique in that our DNA is one of a kind, but only with the addition of our influences do we have the power of the connectivity that is created by their work and our life combined.

So, here is where it gets good. The first Imitation Is Suicide (IIS) is one of three chapters of the EP. Each chapter contains three new songs with differing themes, art, and sonics. Here is the first chapter of songs, one by one…

“Wild Wild Life”
This track was a Chad Hugo (of the Neptunes) special, as are all the songs on this first chapter of IIS. Chad’s influences sometimes elude me. He is an amalgamation of so many unique sounds that it is hard to imagine where he is drawing his musicality from. This will be one of the first times that I had literally nothing to do with the beginnings of the tracks. I did get into it and flip them to fit the EP, but these are Chad tracks all the way.

The lyric is just about how quickly we trust whatever people say because they wrote it on their social feed. Especially when famous people post something; it’s like it comes down from the mountain etched on stone tablets. It’s just wild to see people become fame zombies. Definitely inspired by David Byrne and early Prodigy for me.

“Relations”
This song was an inspired burst of delirium. Ray Brady (Santigold and Mypet) was in the studio and began a bass riff that Chad found interesting and built a beat behind. I was exhausted from a full day in the booth and did one take of a melody that Chad would take and cut together into this song. As with a lot of my stuff, it tells me a story later.

I feel like the more technologically connected I am, the further I am from everyone. “Relations” is about reconnecting in a meaningful way that helps you get through life. “Relations,” not just through risky text wars, and emoticon love, but one on one and physical. Me and you, you and me, me and you…

This was inspired by Rick James and David Byrne and a little David Bowie peppered in for good measure.

“Get In Closer” is the closer. In lock step with the sentiment of “Relations,” this is my favorite song on the EP. It speaks emotionally to the anxiety that is generated from all the extra information in the world, and the need for us to all get closer in meaningful ways. I feel like together we can do anything, but separately we will struggle. No need to struggle. I’ve got you. Get in closer.

This song was inspired by The Cure and a small amount of Violent Femmes (hard to hear, but it’s there). The keyboard sound is in Logic and is the same sound as Gucci Mane’s “LEMONADE.” * So, for clarity, there are six more songs coming in the next two months (‘Imitation is Suicide: 9 of Hearts’ and ‘Imitation Is Suicide: RJD2’).

The art for Imitation Is Suicide is obviously inspired by Andy Warhol and created by Nathan Cabrera.

The single art for “Relations” is a cover of a cover inspired by The Buggles.

Here is to being heard.