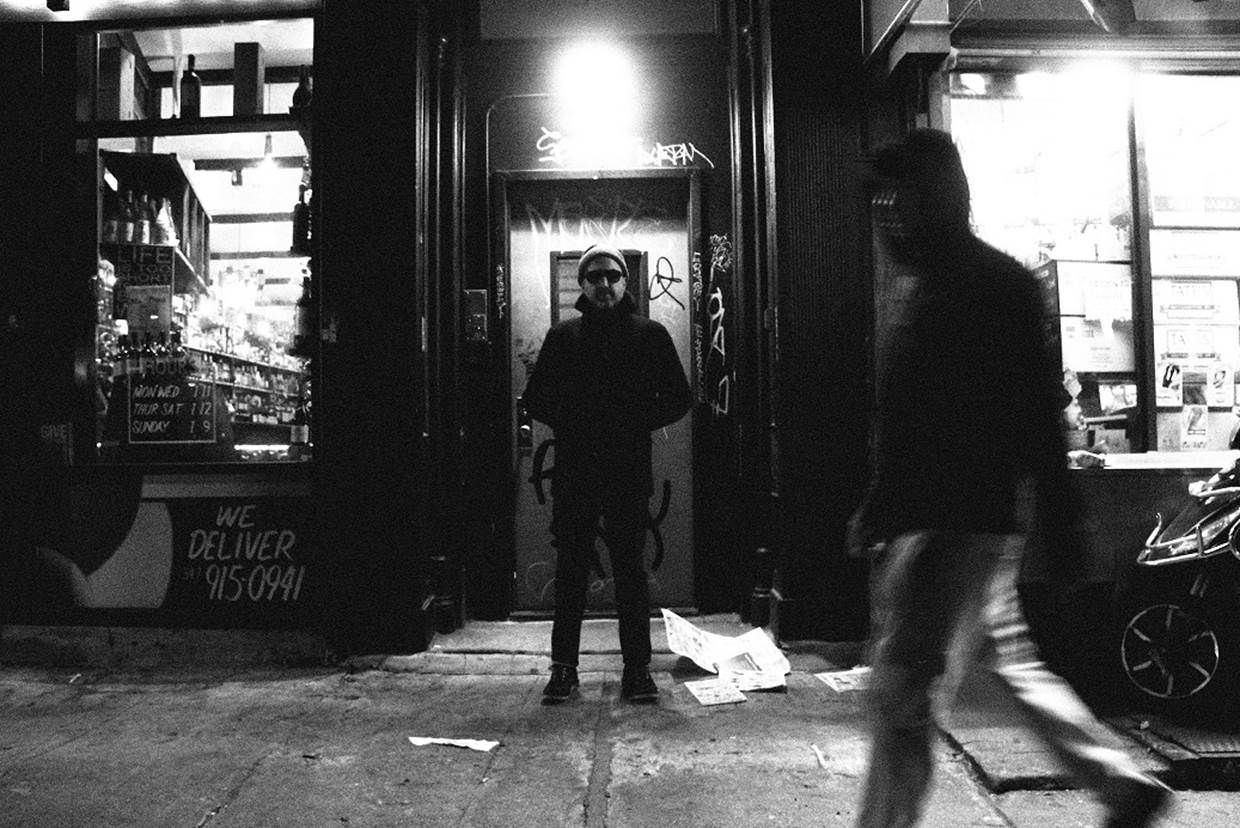 Say what you will about how New York City ain’t like it used to be; you’re both right and wrong. Truth is, the country’s most contested big city is constantly evolving into an entirely different entity—always has, always will. And that fluidity is exactly what makes it such a draw for DJs and producers like Teleseen, the Africainoir resident behind the new Goldmin Music album The Emotional Life of Savages.

“Working on this record,” explains Gabriel Cyr, “I finally found myself able to manifest a certain sound I’d been hearing in my head for years, combining the rhythmic intensity of Afro-house and Afro-Brazilian music with the more cosmic sounds of Detroit and deep house.”

That sound came from a lot of things. Aside from his sets at Africainoir, Cyr got his start on the pirate radio side of Brooklyn’s illbient scene, and spent some time in Rio de Janeiro before ultimately moving back to his longtime home. In the following exclusive, Cyr shares an early stream of his fifth Teleseen record along with a complete track-by-track commentary….

“MYRTLE AVE”
A little hometown tribute before we take off to other places. I originally started this tune about five years ago and then abandoned it, thinking it wasn’t going anywhere. Then I opened up the session a couple years later and thought, ‘Damn, what was I thinking?’ So I dove back into working on it. Had it done pretty quickly after that. Time definitely can alter your perspective.

“ESPELHOS”
This track combines some rhythms I was making just a DJ tools for playing out at our party Africainoir; combining an Afro-house vibe with a looser rhythmic feel from some live percussion and synth playing. Turned into a slow-burning cosmic excursion on the Sequential Circuits Six-Trak, which is one of my favorite synths.

“KHALIL”
Another mash-up combining a broken house rhythm with some pandeiro playing and hand percussion from me, and serpentine 303 throughout. Vocals coming from a broken loud speaker across town. A sample of a sample of a sample filtered through another sample and then run through many stages of Auto-Tune. “JAGUAR”
Started this one with the intention of making a more straight-ahead dance track and ended up somewhere totally different. Around the time I started this tune, I had the opportunity to sample various hits from a Senegalese drum called the sabar, which is kind of a cousin of the djembe. For this track I loaded those hits into a sampler and played it on pads, since I didn’t have the drum or a drummer. Came out sounding like a completely different instrument altogether, but it works. Also features my Chroma Polaris, when it was still broken and sounding weird. Definitely was the first time I had ever been a little disappointed when I repaired one of my synths. Vocals that appear briefly are me singing through a Korg VC-10.

“FUNDOS”
This songs dates from when I was living in Rio in late 2014. This is another one that I abandoned because I thought it was boring and then came back to after a while and decided I was wrong. Percussion is a combo of me playing and some samples from records of comparsa rhythms, sped way up, and a Synare thrown in for good measure. Me playing the Mini Korg 700S over the top.

“TEMPORADA DE SECA”
Originally this was just a collection of clips and samples that existed in an Ableton live set I was using to play out with. Samples of me playing a tamborim, which is a small high-pitched, plastic hand drum from Brazil that you play with a stick, along with some sequencing. Again this is one that I thought wasn’t very interesting for a long time until something in my perspective changed. Sometimes the best work comes with any real intentions. Added the keyboard and that noisy congress of birds that were living in a tree outside my apartment and the whole thing came together pretty quickly.