Stream The Bomber Jackets’ Debut Album, The Lister, and Read Their Commentary 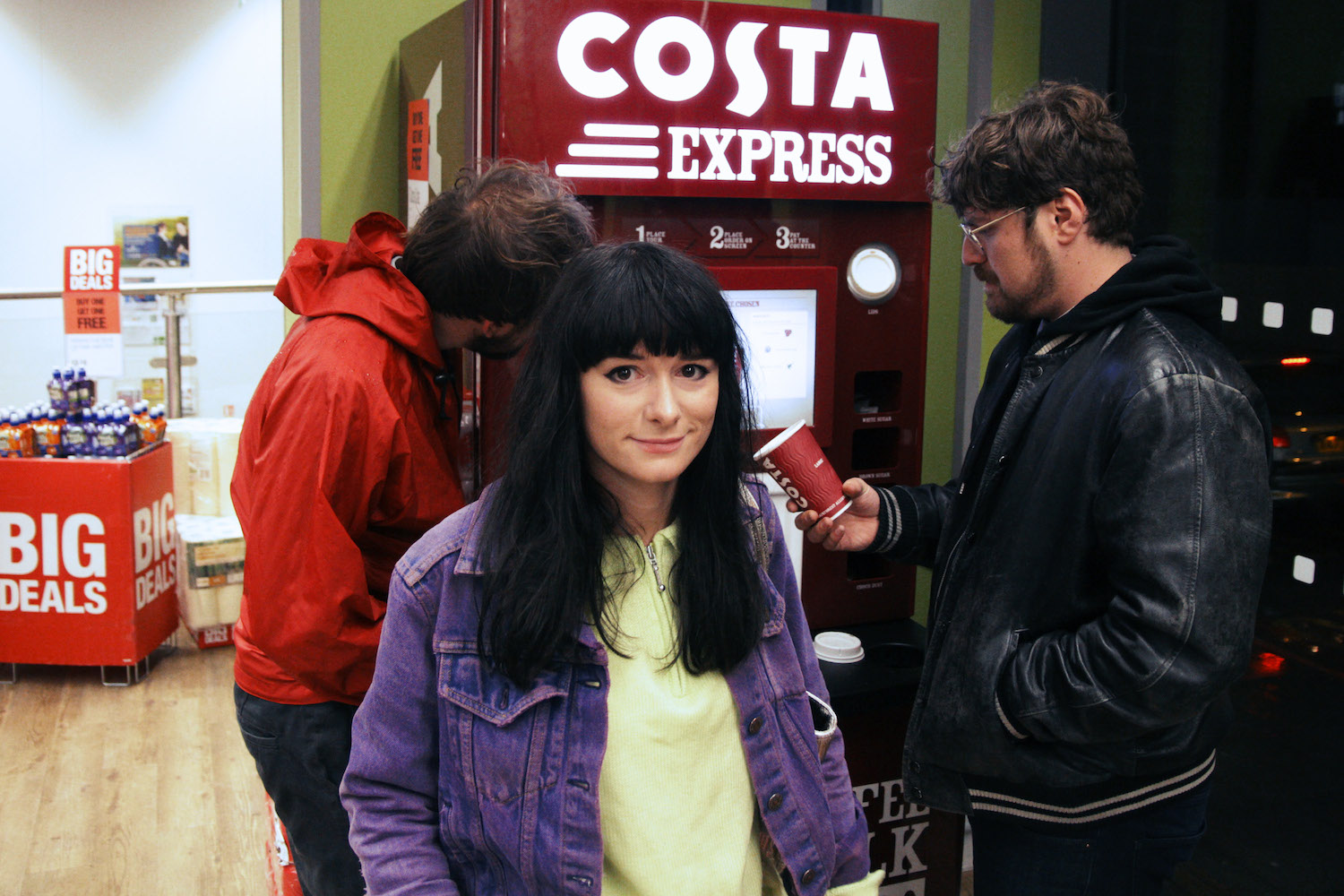 Anyone familiar with Russell Walker’s deadpan renditions of life as an average Londoner in The Pheromoans will find much to love about his debut album with The Bomber Jackets. Following through with the skeletal post-punk promises of a couple 7-inches and cassettes, The Lister (due out next Monday through Helm’s Alter imprint) sets Walker’s melancholic tales of a summer spent in hospital rooms and his own head against steam-pressed synths and steel-plated drums; provided in part by one of Walker’s Pheromoans bandmates (Daniel Bolger) and the plugged-in percussion of Sian Dorrer, it’s music that heals as much as it hurts.

Check out our exclusive stream below, along with Walker’s track-by-track commentary…

“GAME CHANGERS”
I think this is connected with the ‘post-lad’ thing we have now, and feeling really repelled by it. I think after I’d moved out of London into the suburbs, I started noticing more and more of them; they seem to be permanently going on stag weekend parties in groups of about 50. Despite having this sort of ‘mad’ vibe about them, they always seem obsessed about getting the most comfortable seats on the carriage, and one particularly terrible group wouldn’t even let my wife sit down. The same group were all going on about their favorite ‘malts’ then I looked round and they were all drinking cans of weak Carling.

“CITY OF SWITCHES”
This is just about the age-old drinking conundrum. I’m not sure if what I’m saying is very profound, but when I’ve tried at various points to be abstinent—and it is fine for a while; you feel life getting more tolerable and you start being nicer to people—it sometimes starts to feel a bit muffled, like the blandness of life reaches a point where its roaring in your ears. Even if what you use to take you away from that realm makes life more unstable, you at least feel like you’re trying to make life bearable for yourself.

“WALKING IN THE AIR”
This is again about trying to be normal. At times literally just trying to put one foot in the other telling yourself, ‘If I go downstairs and make some coffee then things will be a bit better.’ Trying to put a chain of events in motion that will lead to leaving the house, or doing what you need to do, when all you really want to do is lie there in peace.

“BUNTY DEFENCE LEAGUE”
I recorded a whole song but Dan cut me off in full flow. I think I go on to say ‘they look like a couple of off-duty firemen.’ Which they did.

“LISTER”
This is about the hospital I visit quite regularly. I get the bus, which is why I’m saying ‘North Herts,’ as the ticket I get is called a North Herts Rover, which allows you to go there as many times as you like in one day.

“HOLBORN VOODOO”
This is to do with the murderous go-getters you encounter in central London, when you’re just trying to get from one point to another. Every now and again you hear about someone you vaguely know—a family member of something—turning into a real bastard (or people discovering this) and someone might counter, ‘It’s funny. They seemed so normal; they’ve got a job in London.’

“R U TERRIFIED?”
This is about being physically isolated. It might be deliberate or not, I suppose. I’ve felt like that a lot where you sort of wander around the house trying to enjoy life, but then you let your guard down and phone someone or whatever and try and find something to distract you. I think a lot of these lyrics are really about the same thing to a certain extent, as I wrote them all at once in the summer of 2012.

“FESTIVAL SEASON”
This is more about mental isolation. Again, it’s not a very cheery number. About being left out of things, for whatever reason; it’s a feeling that you have when you are quite young, I think, that goes away to a certain extent. But like all these things, part of me just thinks you sort of introduce new props in your life so things seem different, but then you take a step back and realize you’re still reacting to things in the same way you always have done. It’s quite a nice thought in a way.