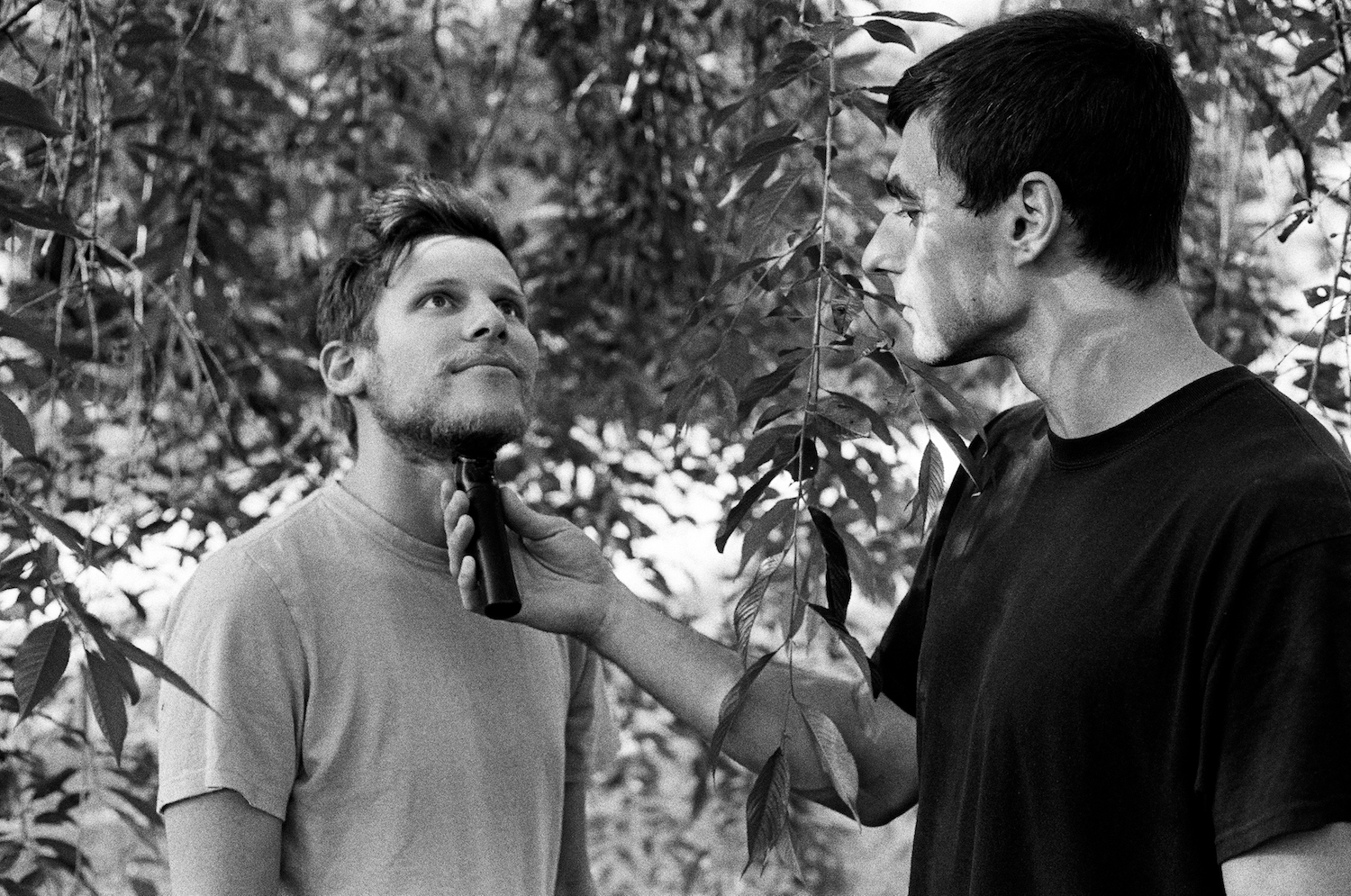 Rather than ask Vic Dimotsis to tell the story behind his entire Mine Eyes Dazzle beat tape, we asked the singer/drummer/producer (pictured here alongside his King Garbage partner Zach Cooper) to mull over several time-stamped moments spread throughout Side A and B. Check out his complete breakdown below, right alongside a streaming version of the Styles Upon Styles record a few days before its release this Friday….

It starts with an early one-trick-pony idea. I liked the idea of having the bass drum rise in pitch on its loop to create tension. I can dig its wonky tempo and crispy black and white-sounding static solo. Everything that isn’t voice and drums is a Rhodes piano run through distortion.

Next is Sam Swasey on voicemail. He’s calling me out on not answering after I just called him. He is a salty old dog, and one that doesn’t like his tail feathers ruffled for nothing.

Ghossy is a beat that has avocado-sized balls; it’ll get the job done. I like hearing people play instruments, and just hearing real drums how they really sound (sonically offensive, uncontrolled, aggressive, terrible) is the most human and inspirational stuff out there for me.

1.3 hi hats is pretty funny to me. The drums in the ending have a broken hi-hat shard that still had the hole on it, so I played it like a bell on a stand.

Sunny Day Trough Rock. It’s a “why not?” idea that I think is cheesy and cool and has a human shimmer and pleasing dirt patina in its own cute little puddly way.

Mattjoe and Nikko. I enjoy this heavy latin slapping.

Sam Cooke follows up with his closest performance to tearjerking grind-core. Big hail-sized rain drops, goosebumps, and jaw-clamping heaviness surround him. The man in this moment is a self-deprecating soul cannon.

Disndat. I love drums, what can I say? This beat is some drummy stuff you only play to yourself, or other drummers, and then never. Ever. Again.

Merry Go. I cut Cooper’s solo on an early Merry Go Round version as it goes oh so hard.

The sample in the Latin part is a funky jam band I played in called After These Messages. Jason Depreaux (guitar) and Jake Wreden (bass) of ATX play on this track. I am imitating a Greek guy I used to work for in a greasy food truck. It made me crack up, so Coops and I kept it.

After that is a blatant Yann Tiersen song, with me playing a silly little bop kit over it.

While I was shredding I was thinking “I’m the king of drum and bass rock music right now. I can do no wrong.”

This is a Monty Alexander live recording that I chopped up. Jeff Hamilton is on drums and John Clayton is on bass. The vibe is so Pink Panther slammin, with live rabble in the background and sweaty, musky blank space to let it breathe, it gets my head bobbin’ even though it’s not in time. I like organic instruments and love when you say a lot with a little. This piano trio is great and I could listen to this loop all day.