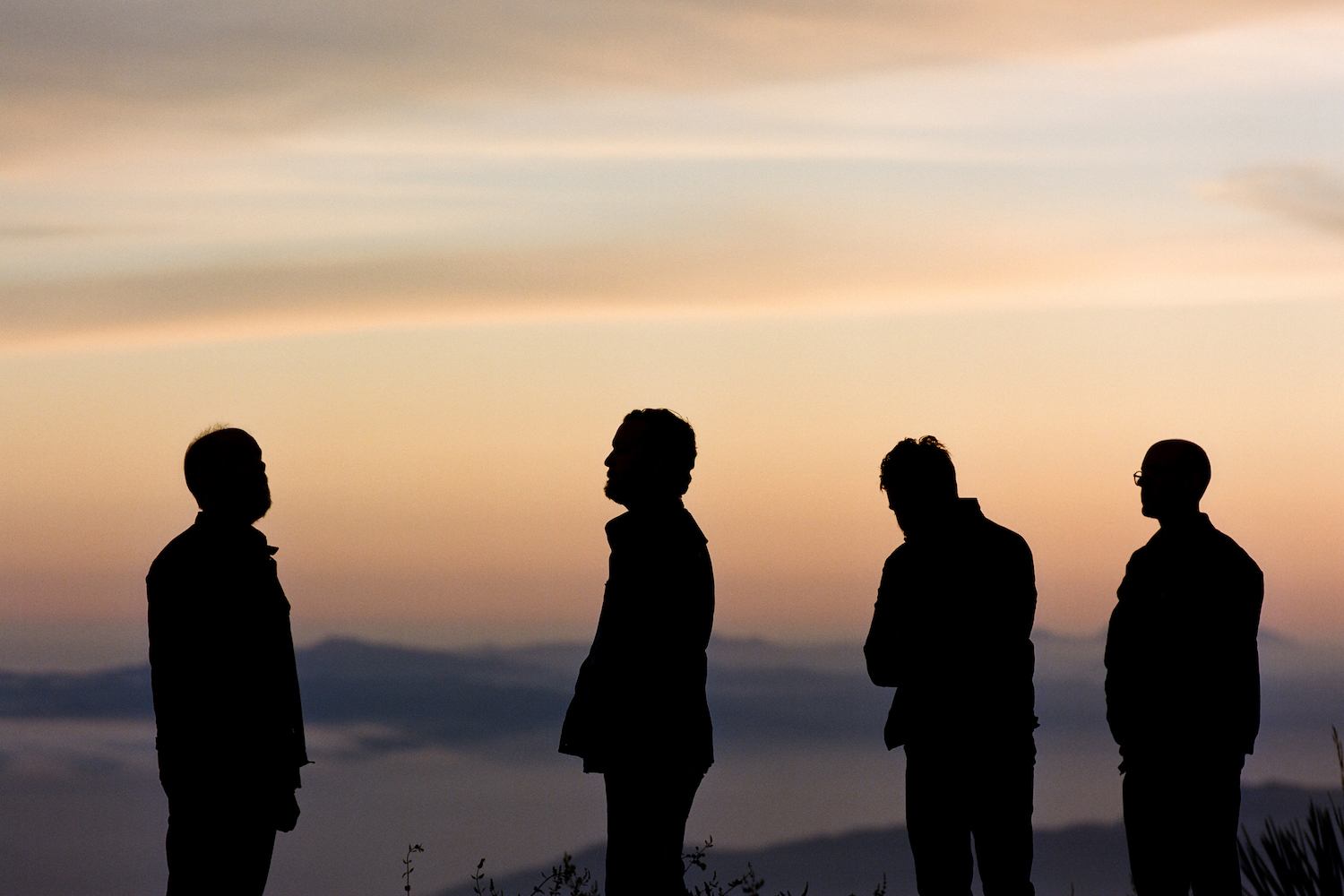 Over the course of Jimmy LaValle’s nearly 20-year career, he’s dabbled in masked grindcore mayhem with The Locust, heated post-hardcore with Swing Kids, and mostly instrumental melodies with Tristeza. What he hasn’t done is an Album Leaf record with a full band despite it being his main project since the late ’90s.

That’ll change this Friday with Between Waves (Relapse)—the first proper Album Leaf LP in six years and LaValle’s debut as a full-on frontman, leading the quartet through traces of trip-hop, post-rock, and ambient music. Today’s #selftitledpremiere isn’t taken from the album, however; it’s a welcome DNTEL remix, which the LA producer describes as follows:

I’ve known Jimmy since the ’90s, when I was in a band called Strictly Ballroom and he was in Tristeza. I think we must have played some shows together or at least would end up at a lot of the same things. For a few shows he played keyboards in Strictly Ballroom, which was pretty epic because with him the band had three Jimmys (Jimi Hey being the third). Besides that we haven’t really collaborated on music much, so it was fun to get to do this remix. I’ve had a spotty relationship with remixes over the years, but this one I’m actually happy with. Glad it’s getting a video!

Speaking of the video, we also had director Michael Raines—the person responsible for the record’s artwork as well—weigh in:

Creating the DNTEL “Never Far” remix video was a great opportunity for me to focus on telling a story in a more experimental way. Prior to Jimmy sending me the track, I had been devoting a lot of time toying with programming and pushing videos into weird shapes, distortions and moire patterns. I had used these same techniques when designing the artwork for ‘Between Waves’ but wanted to take it a step further with animation, despite having no real plan in mind. It was right around this time that Jimmy had sent me the DNTEL track and within one listen, the story of a soul growing out of a synthetic process—like a ghost in the machine—emerged. With that, all my random experiments and video loops took on form, and I was able to apply what I had been playing with before in a much more meaningful, purposeful way.

I’m very pleased to share this video…. and thankful to contribute on such an impressive remix to an already impressive song!

Have a listen and a look below, right alongside the record’s other previous singles…