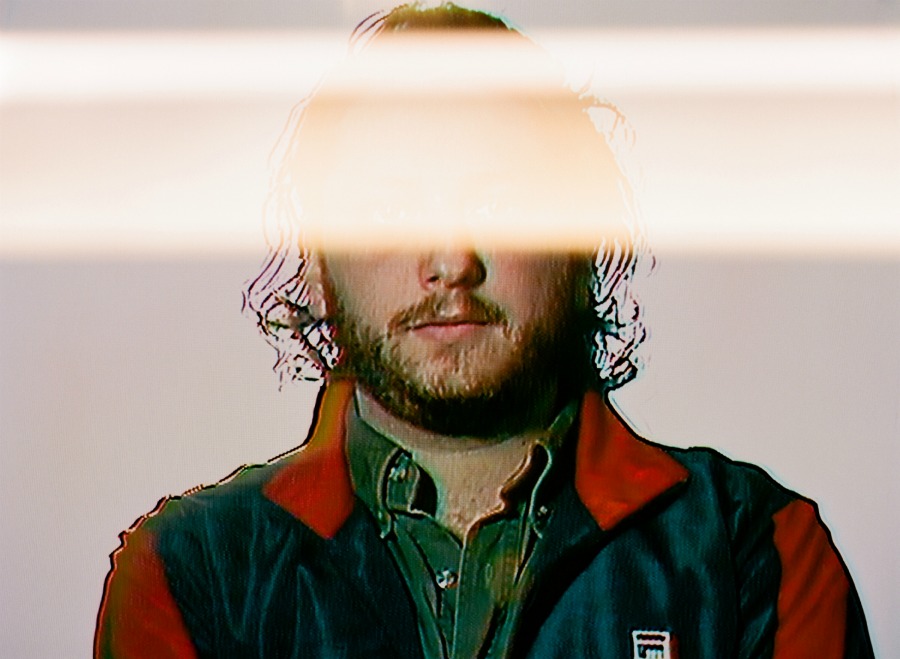 Now that he’s gotten featured in The New Yorker; handed the keys to Mexican Summer‘s in-house studio and a vanity imprint with the other half of Ford & Lopatin; and wrapped his most universally acclaimed record (Replica) yet, it’s safe to say that Daniel Lopatin’s had a hell of a year. He’s also clearly exhausted from months of cross-continental touring, recording, zine-making and whatever else entails maintaining the self-stylized world of Oneohtrix Point Never. That said, Lopatin took the time to answer some probing questions via E-mail, although he avoided anything related to “hypnagogic pop” or “cosmic synth recordings.” We can’t blame him.

Have a look below, and be sure to check out Lopatin’s classic Needle Exchange mix here…

Since you’re always working on several projects at once, let’s start with what we can expect from you in the coming months…
No firms plans for 2012 other than working on the sound for Small Crowd Gathers.

I read you’re working with Robert A.A. Lowe on something? Any details on that?
We’d like to and have been talking about it; hopefully next year when we’re both back from our respective winter breaks. When can we expect to see your zine Cool Drool and what’s the story behind it?
There’s no real story behind it. I just had been amassing some images and wanted to do something with it, and it seemed better to do it as part of a zine with friends. After I make the money back, proceeds go to the ICRC.

When did you first start working on it? Is it something you’ve wanted to do for a while?
Yeah! I just thought it was a fun way to raise some funds for a good cause and bring some very interesting brains together. It’s a zine so there’s not much back story, but there is a coherent logical flow to the images and concepts at play which are curatorial or editorial in nature. I tried to make it fun to work your way through like a children’s book that reveals simple layers as you move forward in time.

What are some stories you’re particularly proud of in it? Did you do any writing or contribute to its design?
There’s only two written pieces. To me the highlight of the zine is Derek Walmsley’s piece on the early ’90s Amiga hacker scene.

Will there be more issues of it next year?
Hopefully. If we do color again, it is kind of pricey, but black and white should be a no brainer.

Shifting to Replica, I feel like your records have always been more influenced by outside sources (films, art, books, etc.) than music itself. Can you tell me a little bit about some of the non-musical things that have inspired your work in the past year?
Mostly just following through with a semiotics based approach to musical sound. Playing with super-structural cliche and mainstream aesthetics and building sewer systems for alternative realities with it. Being playful and open and aware of society and things that make me feel insane and channeling that through musical sound.

On a similar note, you’ve said in the past that you soak culture up like a sponge. What are some cultural artifacts that informed your new album greatly?
Canned emotion or stock emotion or quick emotions, I guess. The specific dramatic force used to hit a nerve in commercials as meat tenderizer. Something that heightens/softens otherwise grizzled, dead content.

As for the music side of things, one of the things I really love about this record is how a lot of it revolves around your piano playing. What’s your earliest memory of playing the piano?
I can’t remember. I have pretty vague memories of my mom fixing my hand posture.

When did you give up playing it and why? Was it because of the usual–being young and thinking it wasn’t as cool as playing guitar or synths?
I couldn’t focus long enough to do it well. [I was] unfocused and somewhat lazy.

What inspired you to start playing piano again? Was part of it working on the Antony-backed version of “Returnal?”
No, I love playing little ditties on the piano. There’s piano on “Grief & Repetition” (off of Russian Mind). It’s more like, I don’t always have access to recording piano, so when I do I take it.

Did some of the songs on Replica start as spare piano pieces?
No, they were all improvised.

How much of the sampling on the record is sourced from YouTube videos? Did you naturally gravitate towards using YouTube more after working on your Sunsetcorp stuff and echo jams for a while?
I used Youtube videos because I didn’t want to do keyword searches based on ideas of what types of content I wanted to do, and the sound quality is really bad.

Is there a philosophical reason for using YouTube material–the fact that it often sparks distant memories and associations for people–or is it simply an aesthetic decision?
I used audio from TV commercials compiled by videomercials.com because I wanted a huge body of audio to sample from, and one that generated a lot of variety in short spurts, so what is better than the 30-second commercial?

How has having access to the Software/Mexican Summer studio impacted your recent work?
It’s made me more appreciative of everything that goes into making things sound hi-fi and awesome.

Do you feel like you’re becoming more and more comfortable with the idea of being a producer for outside artists?
We have a team (Joel, Al and I) and we all contribute in different ways, but I’m mostly busy with the label and curatorial type stuff. I have good ears/suggestions but I’m not a natural producer. What I do is pretty specific/vibe-oriented.

How do you envision Software developing in both the short and long term, and what was your initial reaction to being offered your own label in the first place? (I know you’ve released stuff on your own before, but being given Mexican Summer’s support must have been freeing in a lot of ways.)
I’m not sure yet.

Shifting back to your new record, it’s a really immersive listen, seemingly existing in some genre-less gray area between the past and the future. Was that a goal with this album–to not create music that’s overtly nostalgic in ways that people vaguely familiar with 0PN might have expected?
Returnal was the last in a line of records where I was refining a sound or approach so I didn’t want to become redundant, and I have had other ideas that need attention now so it was time to start fresh.

The way you treated vocal samples on this record makes it feel like we’re hearing intercepted radio broadcasts and ghost-like recordings. Was that part of the concept with the record? Are there any other overt themes a listener should be looking out for with it?
The incidental lyrics are the most exciting part of the record for me and something that I think will make this record endure, I just hope people notice that or get something out of it the way I do.

The Juno 60 has always been a major part of your music–an extension of your very self, really. How has your relationship to that instrument in particular changed over the past year?
It’s just something I’m so intimate with and its helped me express things musically that I can’t do on other machines. A blessing.

Is the idea of “noise without borders” still a guiding principle of your work?
NWB yeah! I think I made that point though now I don’t need to get on a soap box about it, but at the time I was really passionate about it and made friends with so many people who were making music that way, its just a sensible way to approach â€œdifficult musicâ€ I think.

Anything else you’d like to add beyond your thoughts on the basketball strike this year?
My position on that is, shame on the all those greedy douchebags. Makes it hard to care even if they do have a season. Probably better of just playing NBA 2K12.

Previous Steve Hauschildt Makes Us a Mix of Choice New Age and R&B Cuts
Next NEEDLE EXCHANGE 080: An Exclusive Mix By … Sepalcure