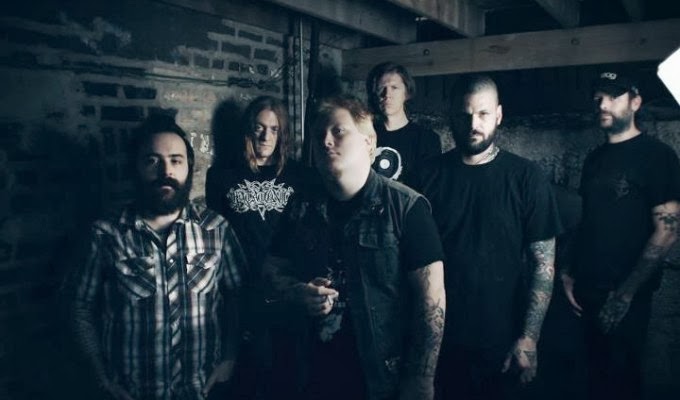 III: Beneath Trident’s Tomb, the final album from the black-metal collective Twilight, finally has a release date. Due out March 18th through Century Media, the effort is described as “a dark, uncomfortable listen” that takes the band—featuring members of Minsk (Sanford Parker), The Atlas Moth (Stavros Giannopoulos), Leviathan (Wrest), Krieg (N. Imperial) and Sonic Youth (Thurston Moore)—in a noticeably experimental direction. One without co-founder Blake Judd apparently; according to a label rep, he’s not on the final version of the album. Which is weird considering he posted an update on its progress last November, right around the time he revealed plans for Nachtmystium’s next record and said he’d be leaving his longtime hometown of Chicago “for quite some time.”

“I’m choosing to spend the coming months with my family,” he explained, “and getting additional treatment for my issues with substance abuse because this is the fucking bottom for me. I’ve hit it and hit it hard. I have no intentions of even attempting to play any shows or work on anything else music related until I’ve got my life 100-percent under control again. Actually, I’m not even sure if I will continue on with Nachtmystium, as it’s been a catalyst for chaos in my life in its very existence and what it represents creatively.”

Maybe this all makes sense after all. Listen to the lead ‘single’ from Twilight’s last hurrah below, along with the Nachtmystium number Judd shared last fall…