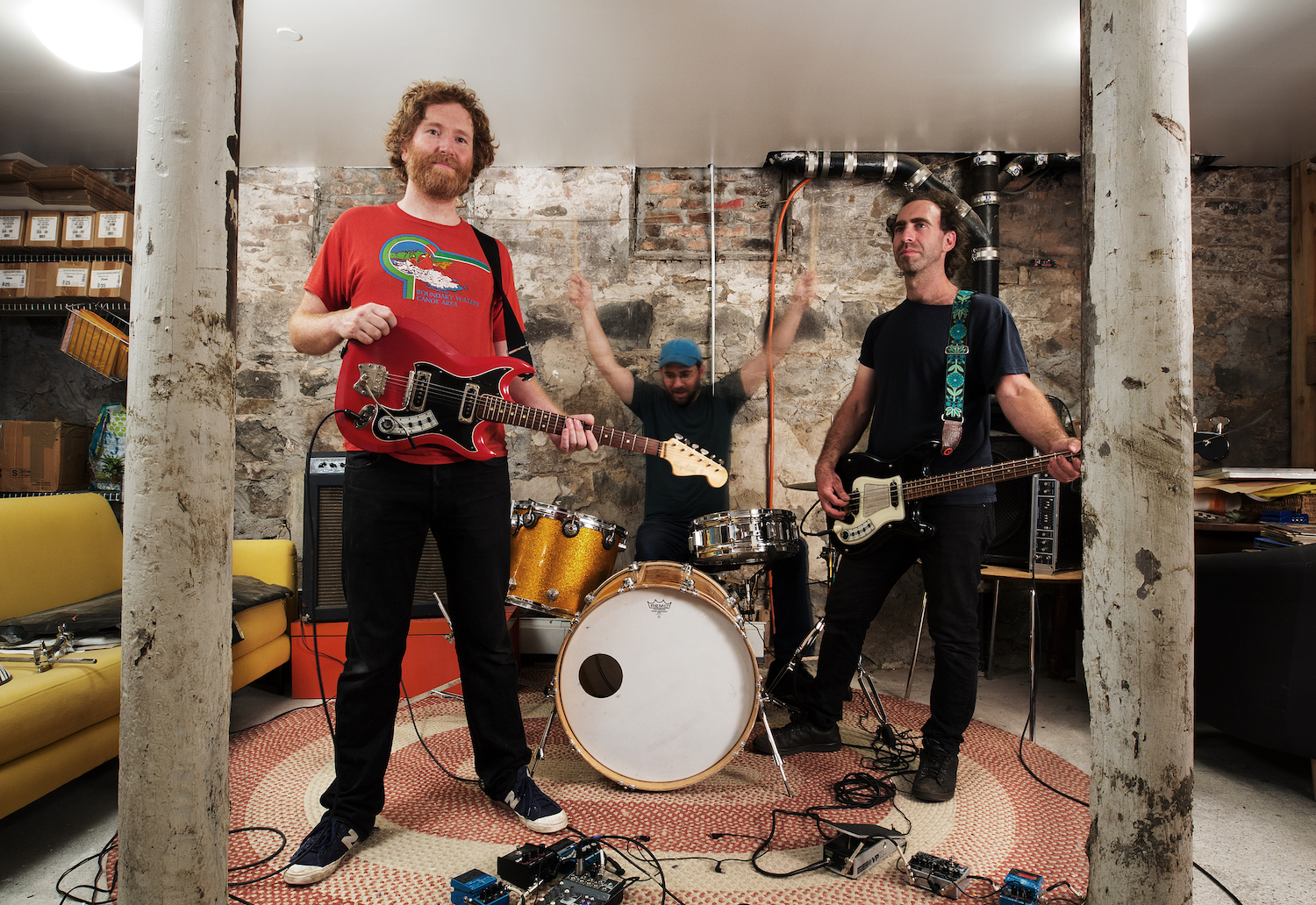 While we welcome the rock ‘n’ roll revival in Lizzy Goodman’s excellent Meet Me in the Bathroom book, it celebrates a certain segment of midstream guitar music from the early aughts. Namely the Lower East Side version led by the Strokes and other immaculately disheveled NME icons.

Equally important in our eyes were the gnarly amp spasms of everyone from underground heroes like High on Fire, Sleater-Kinney and No Age to cult favorites along the lines of Erase Errata, Lightning Bolt, and Comets on Fire.

Dan Friel knows what’s up. Why, he was even in one of Brooklyn’s most beautiful messes for a while there. Now back in the saddle with the new band Upper Wilds, he’s got a groovy record on the way through Thrill Jockey in a couple weeks. In the meantime, here’s what he had to say about the Aughts Riffs playlist that’s available below and on Spotify….

The 2000s were a weird time for rock music. The world moved on, and rock’s corpse entered its zombie/cyborg phase. The more respectable zombies made existentially unnerving versions of their former iterations (the John Dwyer continuum), and many fine weirdos grafted on under-tested technologies. Much of this late-era stuff is probably going to fade into history, but I will forever ride for these misfits. A lot of these songs were on my mind while making the Upper Wilds album. Our contribution here is “UFO”, the opening statement from our record. It’s about this.

A note about good riffs: they are eternal. The streamlined focus on a single idea is a gamble against boredom, and when it pays off it’s a beautiful thing. Some of these jams don’t perfectly fit that mold, but in those cases they are there to rep for that artist’s overall rifftasticness. Feel free to tell me who I missed: upperwilds@gmail.com. Previous Stream Tim Mislock’s Debut Album and Read the Stories Behind Its Ambient Songs
Next U2 Perform Joshua Tree, Renew Our Faith In Humanity At Buffalo’s New Era Field