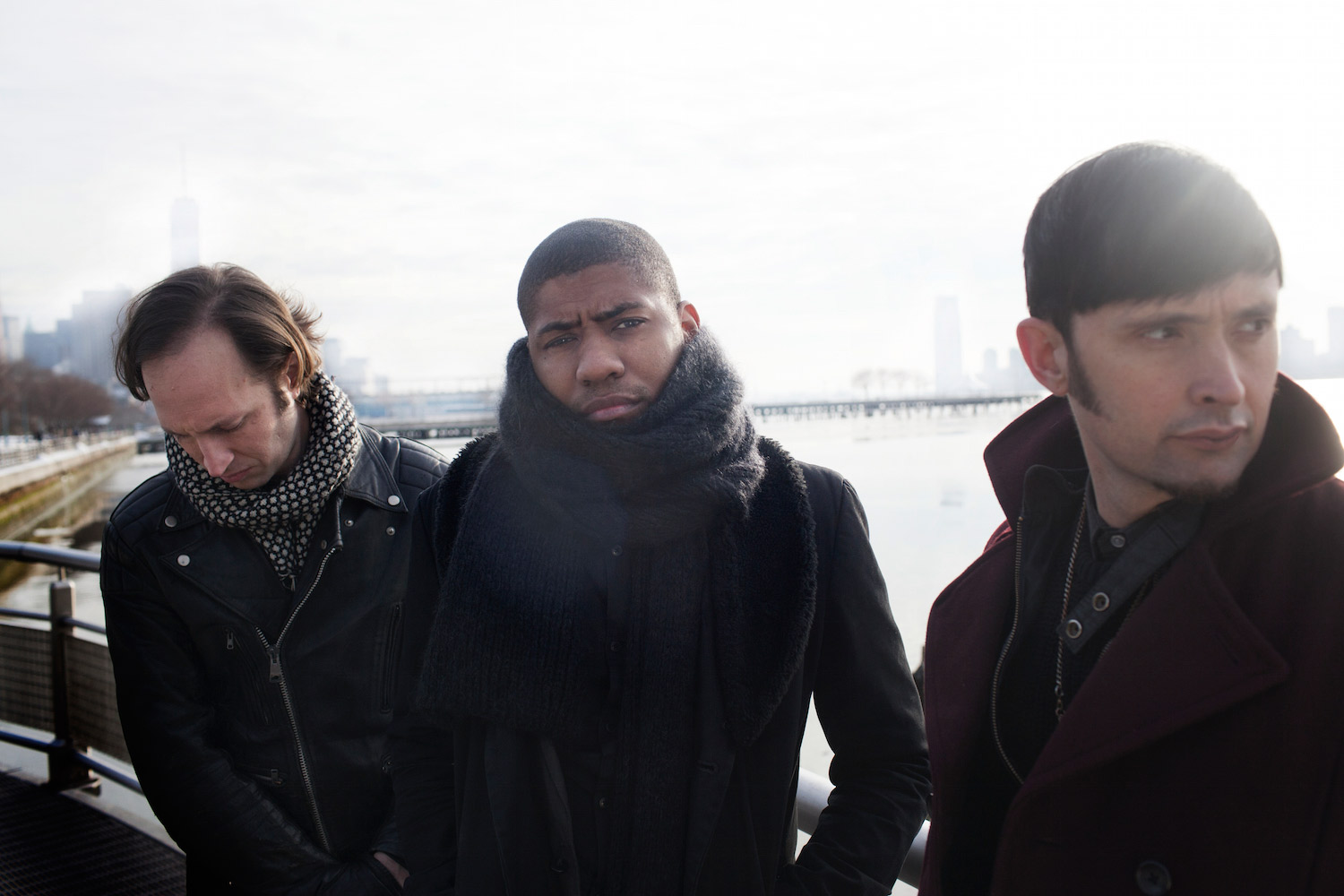 Algiers set the bar high for their debut album a couple years back when they dropped “Blood,” a single that shook the foundations of gospel and soul with chain-linked samples, sepulchral harmonies and a slow boil that builds to a thunder-clapped climax. Having finally emerged with a self-titled effort for Matador (June 2nd), the Atlanta-bred trio has managed to fuse such admitted, wide-ranging influences as DJ Premier, Serge Gainsbourg, Nick Cave and Nina Simone without sounding like any one of them really. Take today’s #selftitledpremiere, an exhilarating blend of electro and multi-tracked melodies that feels like a full-on exorcism. Here’s what they had to say about the video, along with the album’s other two singles and some upcoming tour dates including a leg with Interpol:

An obsession with notions of historical struggle, not only over political power but also meaning and memory, led us to an interest in the former Yugoslavia. There you can find towering monuments of abstract art erected by Tito in an attempt to constitute a new identity rooted in political collectivity rather than ethnic particularity. In neighboring Bulgaria sprout an entirely different set of physical remainders of a deeply contested history. They stand imposing and forlorn dotted across the countryside, looming like decaying alien spacecraft over factory towns and desolate mountain peaks.

It was really Nikola Mihov’s book, ‘Forget Your Past’, that ultimately inspired us to explore further the notion of contested spaces in an era of neocolonialism and capitalist realism. In one sense, the “Irony. Utility. Pretext.” video problematizes the rise of “ruin exploitation”, a strand in photography that occupies a suspiciously colonial position wherein “white creatives” invade decaying towns such as Detroit or Gary to capture images for their own atomistic meditations. Such photography in former communist countries adopts an additional triumphalist air, ringing in the end of history and the supremacy of neoliberal capitalism.

The images provide interesting parallels with the lyrics, confronting both the age-old fetishization of the musical artifact and the neocolonial prism of development economics. In the former, ghetto art forms from Lagos to Detroit are wrenched from their social and political contexts and whitewashed for Western hyper-consumption. In the latter, a new set of educated cosmopolitans wielding the language of human rights replace our former colonial masters.

Themes of death and decay are unavoidable in this context, mimicking capital, stalking us in our sleep in search of ever increasing profits. In the end, it is the words of revolutionaries such as Robespierre, Angela Davis and Fred Hampton that flash across the screen to remind us of the precarious nature of the search for freedom and truth in these oppressive times.