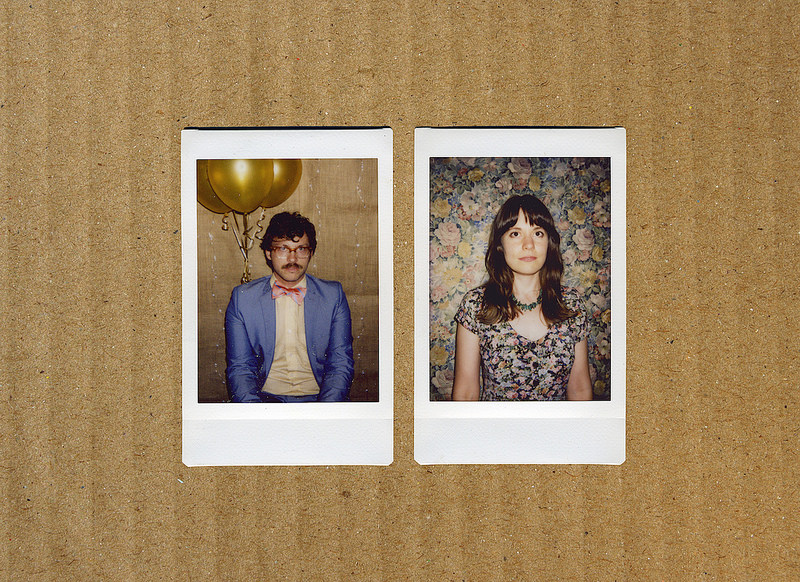 More than five years have passed since Thomas Hughes cut his debut cassette as Carol Cleveland Sings, but now that it’s finally back the Spinto Band co-founder/honorary Music Tapes member has recast his solo project as more of a proper indie pop duo. Consider the #selftitledpremiere above your introduction to their debut album, Effervescent Lure, a full-on collaboration with Philadelphia artist Gretchen Lohse.

Here’s what Hughes had to say about it, along with a streaming version of his last tape:

The inspiration for this video was found at the bottom of a YouTube rabbit hole late one evening. I’m not sure what led me there, but the end result was discovering the ’80s French duo, Elli et Jacno. I was instantly transfixed by their minimalist synth pop and charming, archaic video production.

A few months prior I had begun working with [Philadelphia artist/musician] Gretchen Lohse and immediately considered my newly-discovered European electro-pop as a springboard for a fun musical project together. The song was written, costumes were acquired and green-screen footage was captured. Although we ended up recording an entire album of songs, “Wishing Well” was the only one in this particular sonic/aesthetic vein. The spark of Elli et Jacno is still there, and adorned with my love of colors, shapes and mildly psychedelic VHS warble.