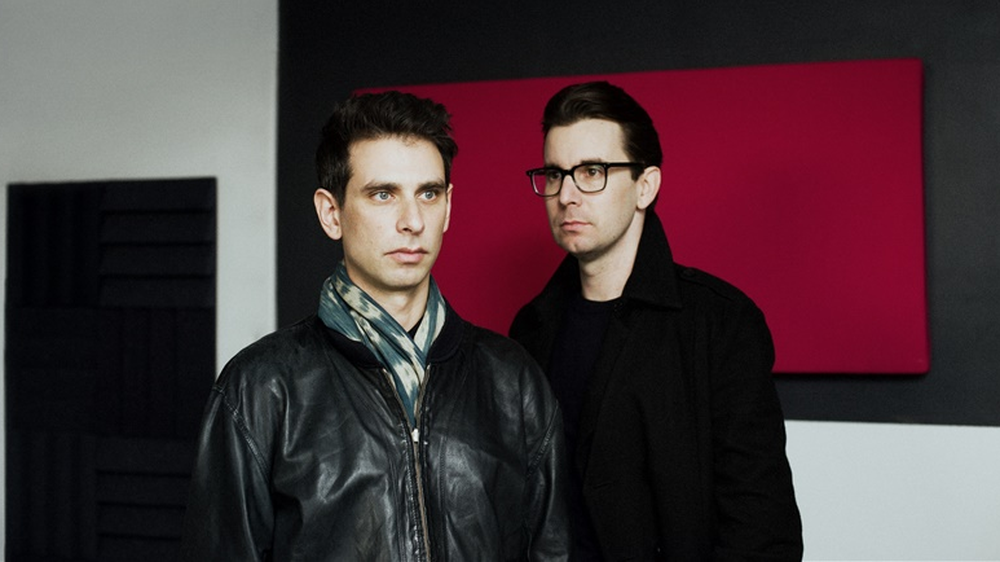 Gabriel Andruzzi cuts straight to the chase when we ask him to describe the creative and personal chemistry that’s kept him working with Vito Roccoforte for the past 15 years: “[It’s] dangerous levels of severe antagonism moderated by angelic patience.”

He’s only half-kidding, of course; while their previous lives in The Rapture had its fair share of positive tension at its core, the longtime friends/collaborators clearly have an unspoken bond in the studio and on stage. And while that connection’s made its presence known in Vito & Druzzi’s DJ sets and EPs, the New York duo sounds especially in-sync on their new Seed 2 Sky 12” under the name Mother of Mars.

“I think its our favorite thing that we’ve done together so far,” says Andruzzi. “Hopefully it’s not a one-off. We’ve been writing and recording more ‘Mother of Mars’ jams, so it’s just a matter of time before we have something new out. I think ideally we would like to go pretty hard with it.”

Let’s start with a little background. When did the two of you first meet and what was your first impression of one another?
The first time I met Vito was when he was on a cross-country tour of the U.S. with his old San Francisco band the Calculators. We met in DC, where I was born and raised. After spending a year in NYC, I went back there for a few months before returning back to NYC and staying for good. During this period, Vito and his band stayed at the house I was living in at the time.

I thought they were a bunch of poseurs—just annoying, jerky band dudes. I think Vito probably thought I was standoffish or a snob. (Which probably isn’t too far from the truth.) We didn’t really talk at the time. We reconnected a few years later when The Rapture asked me to play cowbell and sax for a few shows. At that point I remember thinking he was a very nice, sensitive human.

What are a few artists and record the two of you bonded over early on?
Fuck if I know. It’s been a long time. I don’t remember if Vito and I really bonded over any records early on. Playing in The Rapture—co-creating and listening to each other play—was really our bonding experience.

You guys have been DJing/making music under the name Vito & Druzzi for quite some time. When did you decide to first start working together as a duo and why?
We both DJed throughout the existence of our old band, but not always together. Although we got a bit closer during its last few years and DJed a lot together. We really got into a great groove together, but for better or worse, the band always came first and DJed as “The Rapture DJs”. As soon as it stopped operating, we started going by Vito & Druzzi. We didn’t make a concerted effort to create a new style, though; we just rode the wave we were on.

Let’s say someone’s never heard Mother of Mars before. How would you describe it to them?
Matzoh ball soup, kare raisu, and pizza pie.

Your first 12” sounds a bit like Berlin school-style kosmische music. Have you been wanting to explore that sound for a while now?
Oh man, thats kind of a loaded question. I vacillate between a long-winded answer and a polite, simple one. Putting aside the fact that I find ‘kosmische’ a knotty and troublesome term, I would answer, ‘Yeah, I think so.’ We did set out to make a comic sound and mesmerizing sonic journey. And while some German music of the ’60s and ’70s provided a nice reference point and meeting ground for both Vito and my imaginations, we didn’t set out to ape that ‘genre’. The primary things that influence us are outside of it, actually.

What are some records/artists that have inspired you lately?

How about non-musical influences like movies, books, etc.?
Any books by Ursula LeGuin, Octavia Butler and Nnedi Okorafor.

Have either of you taken up any side projects outside of your work as a duo now that you don’t have to tour all the time?
We’ve done a lot of different things together and separately over the last few years. Last year saw the release of a record we both did production work on by The Hundred In the Hands. Vito released a record with his project Body Music on Razor and Tape. And he has a record coming out with his new band Wah Together later this year. There is a record I produced for the band “TV Baby” that came out last summer. And I also have a project called Moon Temple that I’m hoping to release some stuff with in the not-so-distant future. There are a couple of other random bits and bobs with bands I play in and projects I produce, too, so keep your ears out I guess.

Can you tell us about the mix you made for self-titled?
I listen to a wide variety of music, but I wanted to put some sounds together that in feeling and texture encapsulates aspects of my musical sensibilities and imagination that are reflected in the Mother of Mars project. Some of these jams I’ve been listening to for ages and others are new to my ears. A lot of these I’ve played over the last year on our monthly The Lot Radio radio show.

Finally, we’ve gotta ask for people who are wondering: Have you spoken to Luke at all about the Rapture working on new material? Or is the band still in a wait-and-see-what-happens situation?
I’ve talked to Luke recently but there is nothing specific in the works. Thus I cannot report anything one way or another regarding The Rapture. I remain optimistic, and I must say that I always love playing shows with that band.