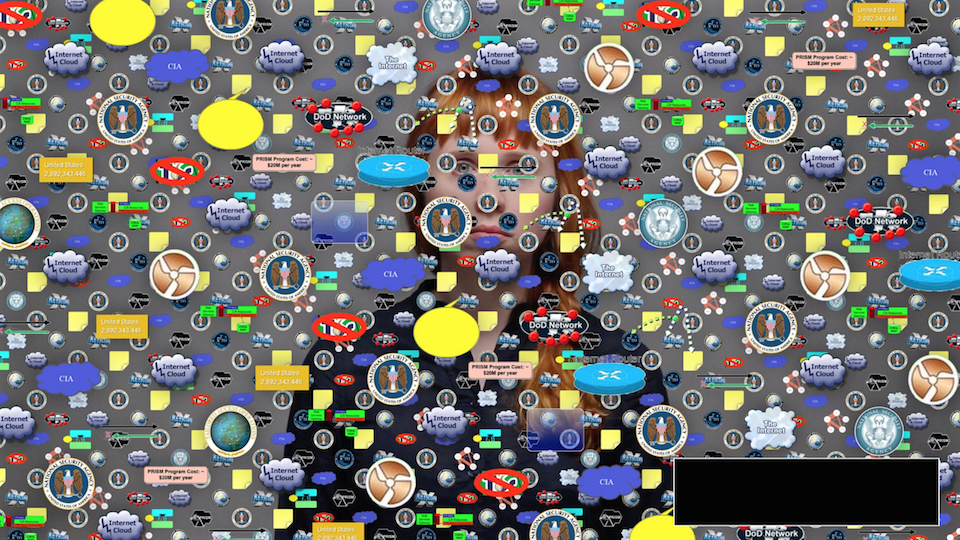 Earlier this month, Holly Herndon launched a new site at call.hollyherndon.com that features a series of hover-state samples and abstract, interactive art. Having left the entire page up to interpretation, she’s now tied its disembodied data to a new single and Metahaven-directed video called “Home.”

“For my debut album Movement, I communicated an intimacy with my laptop,” explains Herndon. “It is my instrument, memory, and window to most people that I love. It is my Home.

She continues, “The ongoing NSA revelations have fundamentally changed this relationship. I entrusted so much in my device. To learn this intimacy had been compromised felt like a grand betrayal. Is everything done privately on my laptop to be considered a public performance? In ‘Home’, I address that invisible audience. It is a love song for prying eyes (an agent/a critic), and also a break up song with the devices with which I shared a naive relationship. There is something dramatic, teenage and vulnerable to this sensation—our relationships with these interconnected devices are still so young, so naive.”

“The video for ‘Home’ provides a visual counterpart to Holly’s uneasy relationship with the NSA agent,” adds Metahaven. “The NSA spying on our network may have been tacitly known from reports going back as far as 2002, but the aesthetics of this surveillance were not so known. Code names, acronyms, icons and graphics from a shadow world designed to never be publicly exposed. For ‘Home,’ we created a data rain of these NSA symbols. The video sees Holly from two angles; one where she is facing the camera, singing, another where she is being photographed and appears as if under surveillance. This track grasps a balance between vulnerability and control.”

For a deeper look at Herndon’s thoughts on our constant struggle between privacy and publicity, check out an essay from our spring issue here.