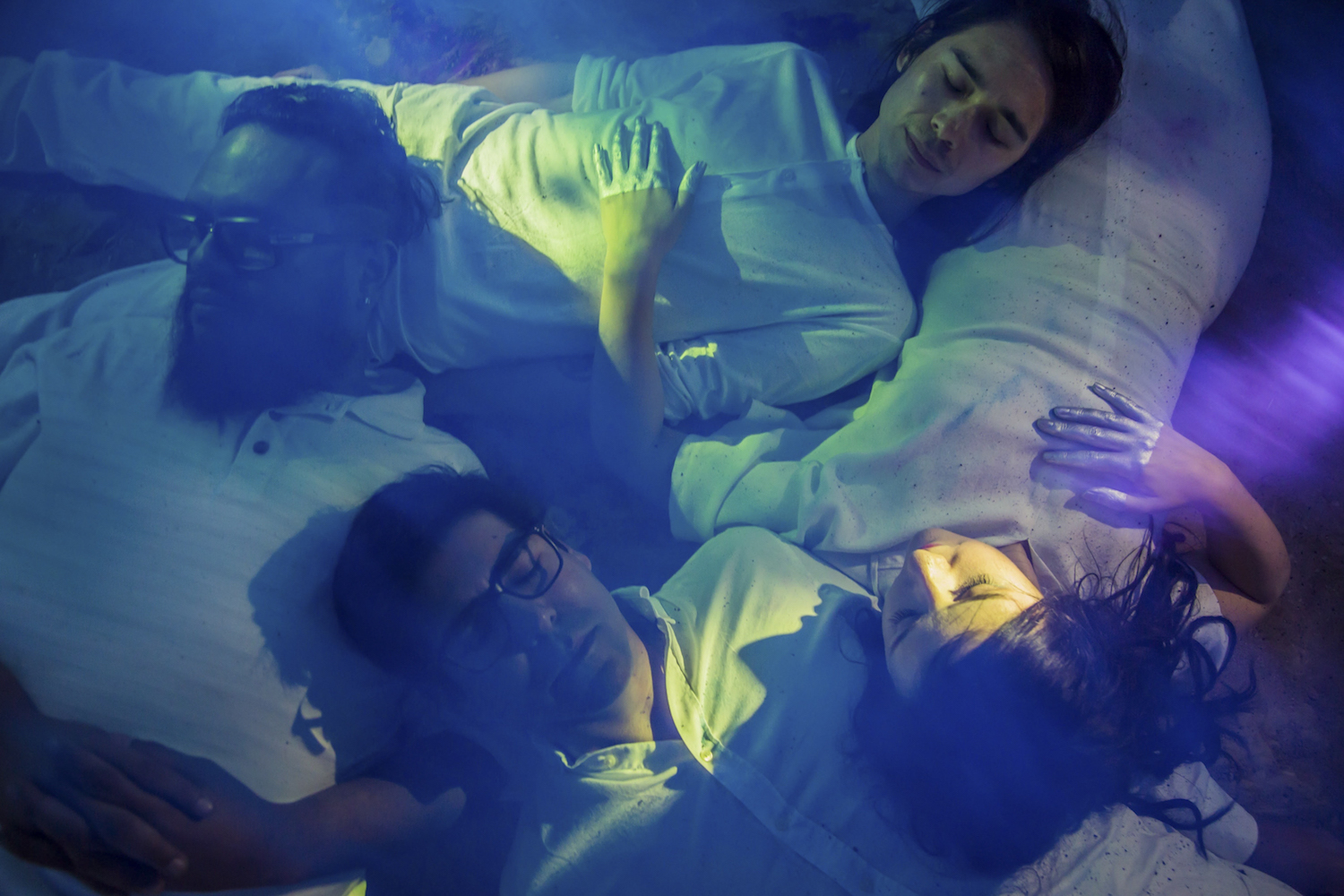 A lot’s happened since DJ Nobody and Niki Randa debuted their psychedelic duo Blank Blue. For one thing, it’s gone from being a sample-based side project to a full-on band featuring drummer Andres Renteria and bassist/arranger Brian Akio Martinez. Randa and DJ Nobody have also logged a lot of hours on other records, from the former’s critically acclaimed Flying Lotus collabs to the latter’s ever-evolving solo efforts.

Which leads us to Invisible Threads, the winding EP the quartet is set to release on Psychic Fortitude October 21st. Here’s what Randa had to say about its lead single:

The title track is called “Invisible Threads.” Our musical version of String Theory. It was written around the time I tried DMT for the first time. It was my best articulation, of a specific moment of my experience, where revealed to me, was the language of liquid light in which all things communicate with all things.

Musically speaking, we wrote that song in 11 (for all the math nerds). I was reading a few books by theoretical physicist Michio Kaku. He insists the multiverse cannot exist beyond 11 dimensions without collapsing back into 11. The song just poured out.