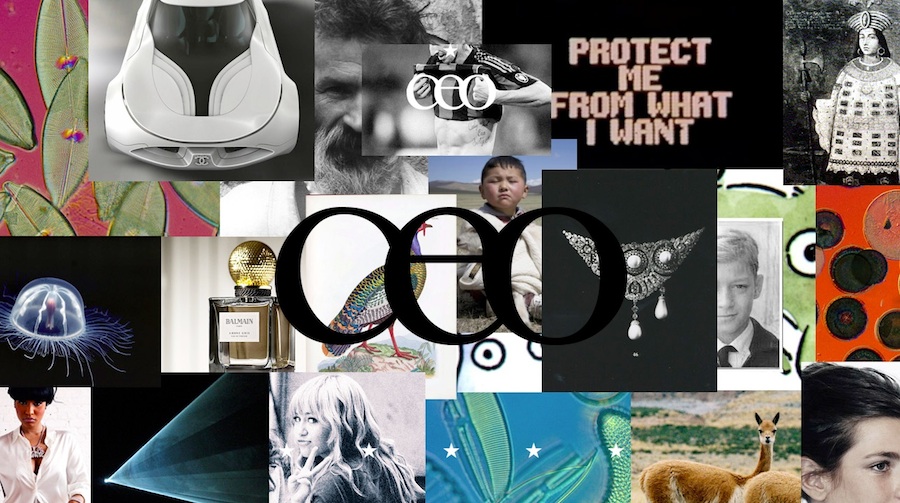 Eric Berglund has never been a ‘normal’ kinda guy, whether he’s writing an essay about the intricacies of tennis or establishing a fresh post-Tough Alliance path with his equally elusive ceo project. Essentially dormant for the last couple years, the solo outlet is about to be reactivated with a new record for Modular. The video above and the statement below is all we know about it for now…

“ceo arises in 1981 and 1891. in 3064 and tomorrow. after ibrahimovic and before nectanebo II. before the dark ages and after spring break. before time was, ceo is.

ceo arises in miami, hell, holzschlag, the andes, sparta, chianti and wall street. in the antennae galaxies, kungsmassan, flushing meadows and the mariana trench. before space was, ceo is.

you may call me sophia, yukio, fanta, eric, kiki and krishna. and wii and whitney.

ceo is the photosynthesis and a an aria, it is silence and virginity lost in a gang bang.

ceo is a bird in space and ceo is the space in a bird.

ceo is saliva, patron, november rain and panic. it is a relief, a citrine and it is broken dreams.

ceo is the harlot, the prince the snake and the shaman. in a spyker c8 laviolette. and on a mirage.

ceo is raspberries and chlamydia, it is the shadow and it is a clapping game.

ceo is auroras and charlotte casiraghi. it is laser beams and a home by the ocean.

ceo is a lost love and rihanna’s voice. it is hibernation, the spectacle and every breath you take.

ceo is platinum and it is valium, it is a quasar and it is a lie. ceo is a breech forest and a slamdunk.

ceo is the ashanti and ceo is seinfeld. it is eucalyptus, neon and a smile.

ceo is a war zone and a sanctuary. it is dukkha, dilla and the body of light.

ceo is cashmere, sweat, zooxanthellae and a stiletto. it is implosion technology and it is the match point.

ceo is you and you are me and i am ceo.